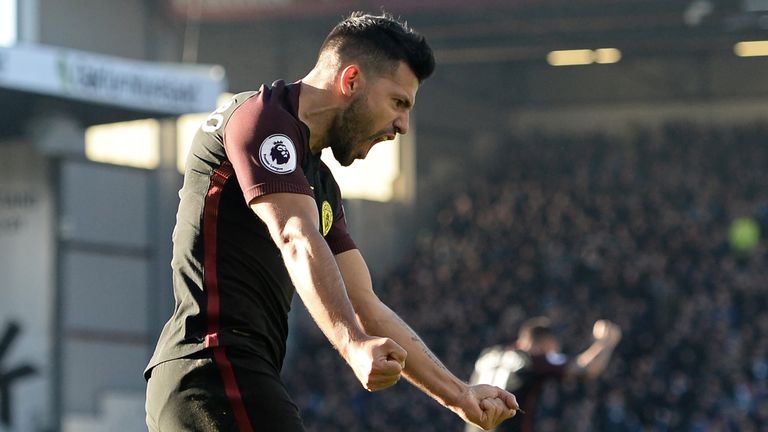 Manchester City went to the top of the Premier League table, as they emerged victorious 2-1 against a defiant Burnley at the Turf Moor.

Burnley started the game very positively and deserved their early lead thanks to a Dean Marney volley. But withstanding after a period of sustained pressure, the Citizens grew into the game, with Toure hitting the post. Aguero, then, was on hand to bundle in the equaliser from close range and kept the heat on with a brilliant hit that forced a save from the Burnley goalkeeper.

The visitors looked a different side after the break, though, as they took control of the game. Aguero soon doubled his tally on the night with another scrappy goal, after some indecisive defending by the Burnley players inside their own box. Not much happened after the second goal for either team, though, as chances came few and far in between. The Clarets huffed and puffed until the final seconds, but could not make further inroads.

In a match where Pep Guardiola’s side were far from their best and were made to work hard for the points, we take a look at how the City players fared:

Saved Gudmondsson’s early effort, but couldn’t keep out Marney’s hit a minute later. Made another sharp stop from a Sam Vokes header on the stroke of half-time. Looked shaky from set-pieces, as his error almost cost City in the stoppage time.

Caught out of position at times, but was always looking to get forward and join his teammates in attack.

Got away with a clear penalty shout after bundling down Hendricks in the box. It was his clearing header that Marney hit into the net. Booked for a handball.

Surprise inclusion at centre-back with Stones fit and available. Looked more comfortable of the two central defenders though as he dealt with Sam Vokes.

Had some early nerves against Gudmundsson early in the game, Largely untroubled in the second half. Could have been more adventurous going forward.

Stopped a couple of Burnley counter-attacks, was a solid shield for the City defence. Has been sparingly used by Guardiola this term, but gave a good account of himself against Burnley.

Was alert to the situation as he won the ball in the Clarets’ box to set up Aguero for City’s second. Looks in need of much-needed rest.

Struggled early in the game on the right against Ward, as the Burney left-back pressed him high up the pitch. Looked unsure in the box despite getting in behind the defence, as he seemed hesitant to take a shot at goal. Subbed off around the 60-minute mark. 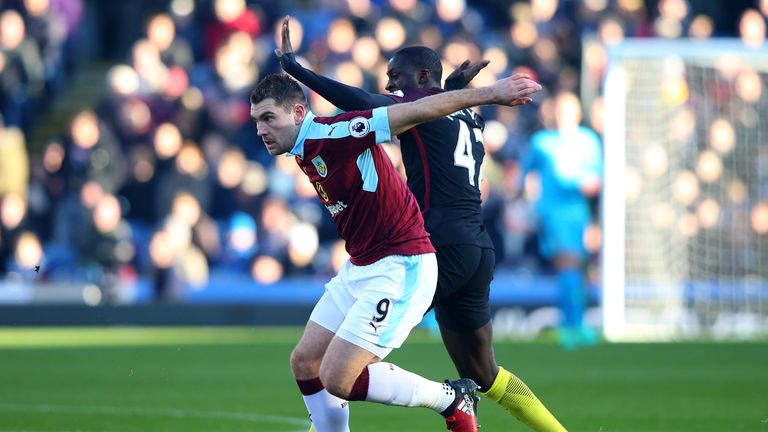 Hit the outside of the post 30 mins into the game. Was busy and used his power as he tried to make things tick for City from the midfield. Tired out as the game progressed.

Was energetic but not to any avail. Drifted in and out of the game. Booked for dissent late in the game, needs to work on curbing his temper.

Scored the equaliser after coming out on top in a goal-mouth scrap. Forced Paul Robinson into a great save with a beautiful left-foot strike soon after. Gave the lead to Guardiola’s side after chaos ensued in the Burnley box. Booked late on for shooting after play had been stopped for offside.

City’s best player on the night, redeeming himself after an off day in Germany during midweek.

Came on for Sterling near the hour mark. Wasteful in possession, tried to go on his trademark runs that made him such a hit at Schalke but failed to get past the home team’s defence.

Did not make much of an impact on his return to the first team.

Came on for Nolito with less than 15 minutes to play.

Came on with under a minute of normal time to left on the clock for Aguero.