As the season draws to a close welcomes the start of the playoffs which provides sheer excitement and entertainment and if you watched the second leg of Watford v Leicester then you will know exactly what I am talking about.

The playoff final is the most expensive game in the world adding up to a whopping £90 million.

No pressure then lads…..

But as Leicester and Brighton fans known all too well now, the playoffs can leave a horrible aftertaste as it wasn’t to be for them this season as Watford and Crystal Palace progress to the final and the chance to play in the Premier League with the world’s best.

So, what’s next for these two clubs…….

I was going to start by talking about Gus Poyet’s future at the club but however in the past few days an incident broke out in which the Uruguayan, assistant Mauricio Taricco and first-team coach Charlie Oatway have been suspended. They have told him to stay away from the club pending an inquiry. Brighton will now have to start the search for a new manager and I believe it may be tough for them to rebuild without Gus as he attracted the Spanish and South American players which connected stunningly with the English players already there and if the new manager changes it all then they may not be as effective as this season just gone.

Personally I feel that Roberto Di Matteo would be the right man for the job as I think he is perfectly suited for Brighton because he still has the foreign flair therefore could attract big players. Also he goes about his jobs quietly but effectively and if he becomes the man to take over I feel they will have a great chance once more at getting into the Premier League. 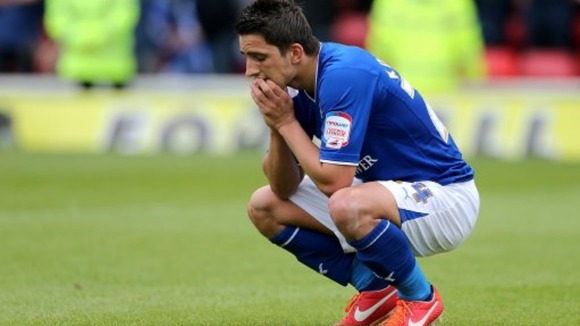 Every season Leicester are one of the favourites for promotion with all the bookmakers, however they never really play to the odds that they are given and therefore underachieve frequently. They have these high expectations because of the money they have at the club and the amount of players they have brought in but as QPR have showed, if you take out the integral part of the squad then the team won’t gel and results will be much harder to find.

Having said this there has been signs of togetherness and chemistry on the pitch with some of their performances that they have put in this season. Just when you thought they had collapsed they beat Nottingham Forest away on the last day and just crept in.

However for everyone involved with Leicester city words cannot describe the emotions they must have gone through in that second leg against Watford. From having a penalty in the 96th minute to go to Wembley and come within touching distance of the Premier League to conceding and doing it all again in the Championship in 60 seconds.

Football can be that cruel and unpredictable……. And that’s why we love it!

They will have to inherit some incredible bounce back ability in order to pick themselves up and somehow go again.

As the Championship just gets tighter and tighter each season I think it will be difficult for the Foxes to get back up to the promised land and my prediction is they will have a very similar season to the one just finished so hovering in and out of the playoff places. These two teams will have to buy and sell wisely in the summer, have a strong pre-season and be mentally ready if they have any chance of maintaining the heights of last season.