According to a report from the Independent, Celtic skipper, Scott Brown, signed a two-year contract extension in January that tied him to the club until 2021.

Scott Brown, who will turn 34 in June, joined Celtic from Hibernian back in 2007 and has helped the Glasgow club win eight league titles, five League Cups and four Scottish Cups.

But the Scotsman has shown signs of slowing down and endured a very tough night against Valencia in the Europa League Round of 32 first leg tie at Celtic Park. Brown was particularly sloppy in possession, made errors throughout the game and his lack of mobility was very exploited by the Valencia midfielders.

It was a performance that clearly suggested Brown’s best years are best behind him and although he has just penned a new two-year deal with Celtic, Brendan Rodgers would be wise to plan for the long-term future from now on.

That said, here are two replacements for Brown Celtic should consider in summer.

Lewis MacLeod started his career with Rangers and starred for three years before moving to Brentford in 2015. The midfielder’s time at Brentford has been plagued by injuries as he has managed just 17 outings across all competitions this season.

Once touted as one of the special talents to emerge from Scotland, Macleod is a central midfielder who is known for his work rate, passing range, creativity and energy. An intelligent player, he has the ability to dictate the tempo of the game and keep things tight. One of his special attributes is his skill to arrive in the box at the right time to score goals.

Acquiring the signature of Macleod will kill two birds with one stone for Celtic—Rodgers will get a quality long-term replacement for Brown whilst his addition will rub salt on Rangers’ wounds.

Akhmat Grozny midfielder Anton Shvets is currently out injured but he is a talented player with real quality on the ball. 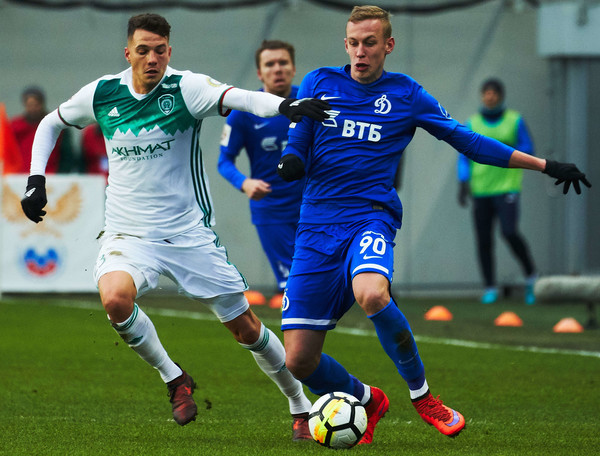 A defensive midfielder by trade, Shvets uses his big, burly frame to dominate his opponents and win back possession. He is a very good distributor of the ball and an asset to have on either end of the pitch.

Some really hefty spending would be required from Celtic if they are to continue their dominance in Scotland. And signing someone like Shvets would be a big statement ahead of the 2019/20 campaign.