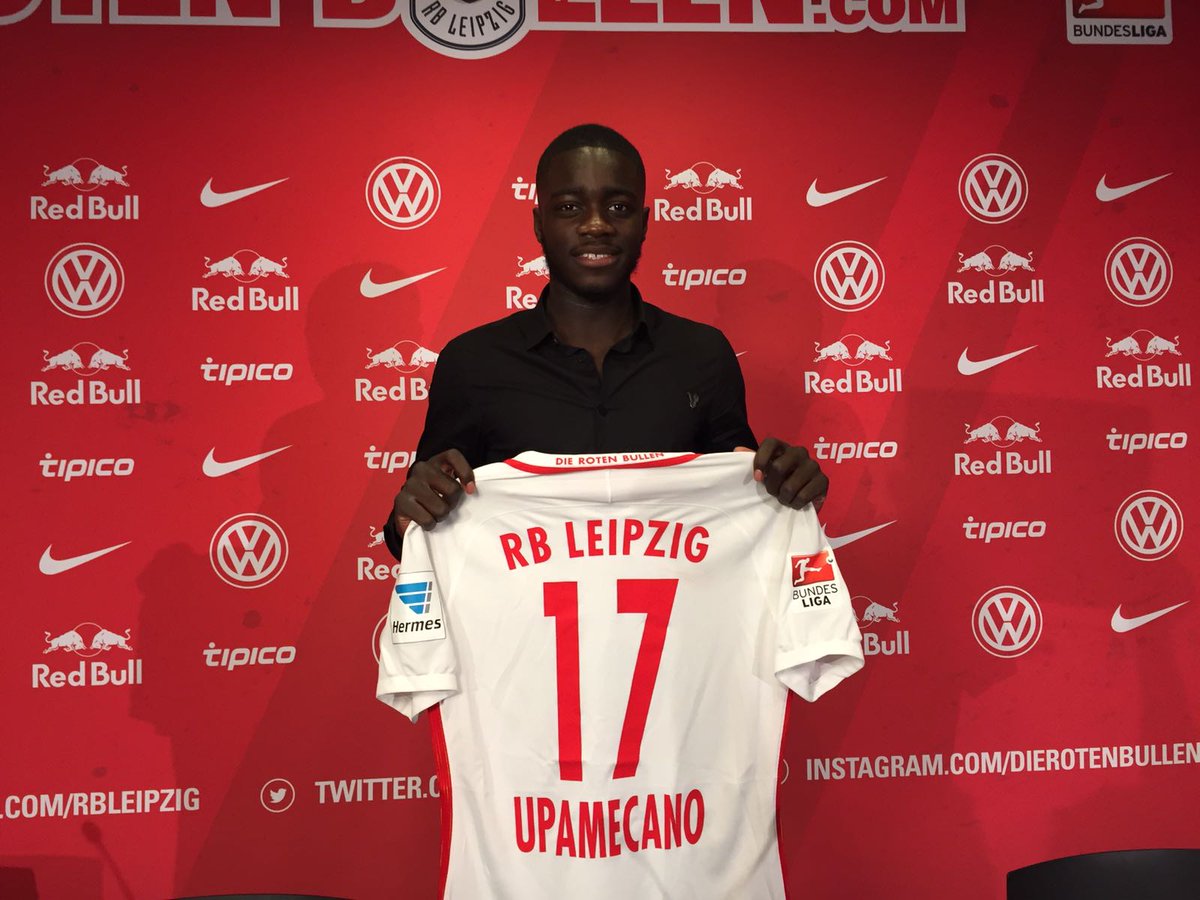 Red Bull Leipzig have completed the signing of highly-rated French teenager Dayot Upamecano for a fee of £9million. The Austrian club confirmed a number of top clubs were interested in the centre-back, but the 18-year-old has decided to join the high-flying Bundesliga surprise package by signing a four and a half year deal that expires in 2021.

The youngster is considered one of the most promising defenders around Europe, having helped his country conquer the 2015 Euro U17 Championship.

Upamecano was reportedly a target for Jose Mourinho at Old Trafford but the Portuguese lost out on his man. United have had their own share of defensive worries and with Eric Bailly away for the AFCON, Upamecano would have been a promising alternative. However, RB Leipzig were overjoyed at welcoming their new signing.

“Dayot Upamecano has made a great development at Red Bull Salzburg over the past year and a half and has attracted attention with his strong national and international achievements.”

“He is a player who, by his age, his potential and his playing style, fits perfectly with our club and our philosophy.” he explained.

Upamecano came through the youth ranks at French club Valenciennes before joining Salzburg for £1.8m in 2015.

“We are very pleased that, despite numerous offers from international top clubs, he has decided to change to us in order to make his next career step here. We are convinced that Dayot will be able to strengthen our squad qualitatively in the short term.” added Rangnick.

The impressive sensation, who has represented France from Under-16 level through to U-19 level, has made 21 appearances this season for Salzburg.