Tottenham Hotspur completed their North London derby revenge by picking up a 2-0 victory against Arsenal at the Emirates Stadium. The Lilywhites beat the Gunners in the quarterfinals of the EFL Cup.

Unai Emery made a couple of changes to his starting line-up from the weekend as the Gunners scuppered a couple of good opportunities early on. Henrikh Mkhitaryan was sent clean through by Aaron Ramsey after the pair played a slick one-two right outside the box. But the Armenian’s shot was hit straight at Paolo Gazzaniga, who parried the ball away.

It was all Arsenal in the early stages of the game until Dele Alli released Son-Heung Min superbly from Gazzaniga’s long kick for the South Korean to do what he does best – slot the ball into the back of the net.

Son has been in excellent form for the Lilywhites over the last few weeks and has been producing the goods on a regular basis. With Kane watching over from the stands, the South Korean deputised well in the England captain’s absence.

Spurs then shifted the tide and were the side that played with a lot more purpose going forward. Arsenal were just not at their best in the final third as striker Pierre-Emerick Aubameyang struggled to threaten the Tottenham backline.

The Gunners linked up well but just lacked the end product on the night as most of their players wasted good opportunities. The second half saw Mauricio Pochettino bring Harry Kane off the bench with the striker immediately getting involved, playing Dele Alli through on goal to double Tottenham’s lead on the night. 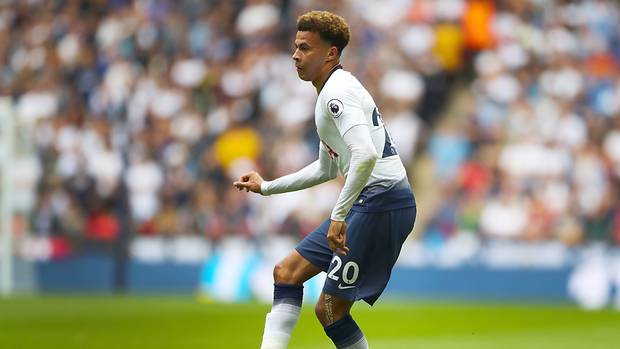 The former MK Dons midfielder showed good composure to control the ball and dink it into the corner of the net. Spurs then started to control the rhythm of the game as the Gunners piled more pressure in search of at least one goal.

Mauricio Pochettino’s men ultimately saw out the win on the night as they progressed to the next round. Spurs are yet to win silverware under the Argentine but they have shown great confidence in the League Cup so far.

Here’s how the Tottenham fans reacted to the win on Twitter:

Always great to beat @Arsenal & especially in their backyard. The introduction of @HKane was crucial as @SpursOfficial were struggling to hold the ball & 2nd goal always impt. #THFC #COYS

Feels like this team have matured lots… killed off the game, breaking things up and wasting time – been done so many times against us… well done lads!!

Gazzaniga is better than Lloris.

Not too sure why do they loves to stalk on our twts. But will take the 2-0. We move on! Woohoo #coys #todareistodo

AMAZING performance from the lads!!! I was about to cry from all the love I have for the club!!!
NORTH LONDON IS WHITE!!!
COME ON YOU SPURS!!!

Bragging rights a plenty, a great team performance and class goals get in there COYS

Are we all going to ignore the fact that Alli had da scoreline on the back of his jersey the entire time?..😂
Great reaction from the lad!.. 👌👏

That finish by Dele though. Full style points awarded.