Celtic ended a turbulent week on a high by defeating rivals Rangers in the Old Firm derby at Celtic Park on Saturday.

The Hoops enjoyed their first Old Firm victory of the season with a hard-fought 1-0 win over Steven Gerrard’s Rangers. Olivier Ntcham scored the only goal of the game as Celtic eventually earned the bragging rights.

It is the first defeat for Rangers since Gerrard’s arrival as manager this summer, leaving the Gers seventh in the table and four points behind their traditional rivals.

With the first Old Firm derby of the season concluded, here are three things we learned.

Olivier Ntcham’s second-half goal was enough for Brendan Rodgers to claim a win over his former skipper, Steven Gerrard.

Not only did Ntcham score the winner for Celtic, he put in a very classy display in the midfield. The Frenchman dictated the tempo of the game with his passing abilities, alongside skipper Scott Brown.

The 22-year-old pulled the strings, provided some quality moments from dead-ball situations and stayed committed to the cause throughout the game. Ntcham tested Allan McGregor with a fierce low drive before popping up in the right place for the winner.

Dedryck Boyata proves his worth

Boyata was surrounded by a lot of hullabaloo during the summer transfer window and hardly any Celtic fan would have expected him to be at the club. From downing his tools to not travel with the squad for the Champions League clash, it looked as if there was no way back into the first XI for Boyata.

Despite a series of events, Rodgers kept Boyata in his plans, with the Belgian burying the hatchet with his manager. And on the day of Old Firm derby, he stood tall and kept his concentration well to snuff out any danger in the box.

Boyata was tidy in possession, kept things simple and was at the right place at the right time for Celtic. He dealt with Morelos and Lafferty so well and showed real character alongside Ajer when Rangers started to attack after conceding the goal.

Rangers’ resurgence under Gerrard has been noticeable but the defeat in the Old Firm derby means he has one win in four league games.

Read more: Rangers’ 6-goal star is their ultimate weapon to defeat Celtic and Gerrard shouldn’t let him go at any cost 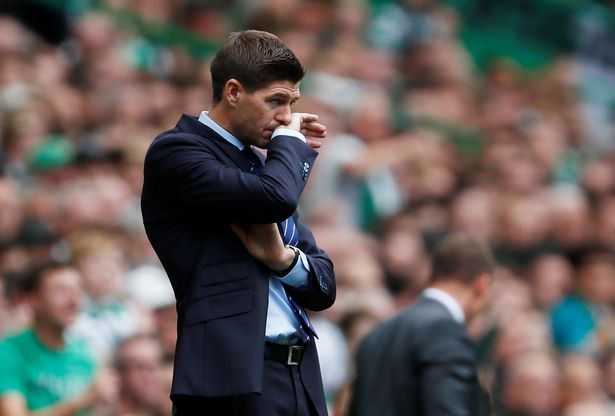 The Gers clearly look more organised and well-drilled than last season but the league standings tell an entirely different tale. The Ibrox outfit are a work in progress but in terms of that game, Rangers are a long way off from challenging Celtic for the title this term.