Why Bournemouth should sign Javi Sanchez from Real Madrid

According to a report in Irish Mirror, Real Madrid youngster Javi Sanchez could be heading to the Premier League. Bournemouth are keeping close tabs on the 21-year-old centre-back and are preparing a bid to try and tempt the player away from the Spanish giants.

Sanchez has been one of the bright spots for Los Blancos, in an otherwise disappointing season for them so far. The defender has graduated himself from the academy Castilla, into the first-team plans of Santiago Solari.

As a result of that, Madrid would ideally want the player to stay and become a first-choice centre-back in the coming years. But it hasn’t stopped Bournemouth from registering an interest, with other Spanish sides Real Valladolid and Real Sociedad also interested (h/t Irish Mirror). 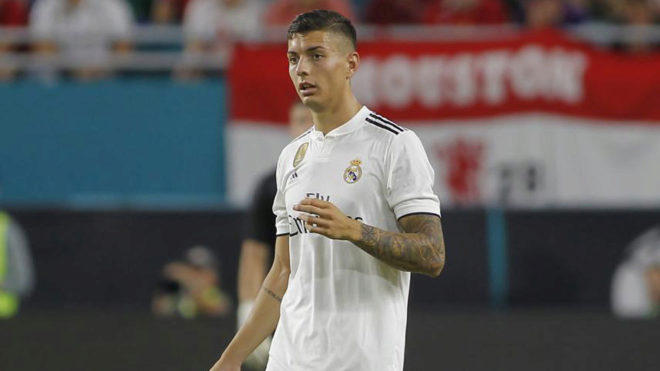 Here’s why the Cherries should sign the 21-year-old either this month or by the summer:

Sanchez’s quality would be beneficial at the back

After a near-honeymoon start to the season, the past two months hasn’t been easy for Eddie Howe’s Bournemouth. At one stage, they were in the top six, but are now in 12th position with 30 points from 23 games, well away from the danger zone and destined to fight for a top-half finish.

The Cherries’ attack has been pretty good this season, with the likes of Callum Wilson, David Brooks and Josh King being the main men to do the damage.

However, their defence this campaign has been anything but assuring. They are short on quality in central defence, and the pair of Steve Cook and Nathan Ake has been susceptible at times.

Hence, signing a quality centre-back soon should be in the menu for the club. This is combined with the fact that Ake might leave in the summer, with his former employers Chelsea interested in re-signing him. So if the Dutchman leaves the Vitality by this summer, Cook would need a new partner. And Javi Sanchez could be the ideal one.

The Spaniard is good in the air, has a good defensive mind and can also pass the ball from the back, something which is akin to how Howe wants his team to build attacks. Furthermore, his game-reading propensities are pretty good for a 21-year-old centre-back, who still has a fair bit to learn.

Read More: Why Bournemouth beating West Ham to complete this £20m deal could help them achieve a top-8 finish

All in all, this looks like a good move for the Cherries if they manage to get it done. From the player’s perspective, it would be great to play in one of the best leagues in the world and enhance his reputation to get bigger moves later.