According to a report in the Daily Mail, Blackburn Rovers star Bradley Dack is keen on leaving the club during this transfer window, with interest coming from West Brom and Premier League’s newcomers Aston Villa and Sheffield United.

Dack was one of the stars for Rovers last season and is now looking for a move elsewhere. He is been linked with quite a number of Premier League clubs, promoted clubs and the ones that are in contention to get promoted next season. (h/t Daily Mail) 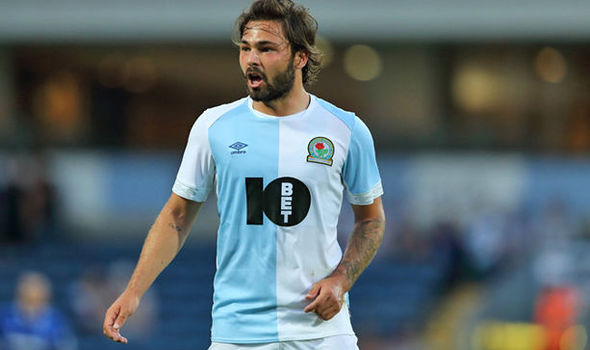 While West Brom have been taking a close look at him for some time, Aston Villa have joined the interest in the past few days and Sheffield United have come as newcomers in this potentially three-way race. (h/t Daily Mail)

Dack’s current contract runs out in the summer of 2021 and there have been no offers of an extension (h/t Daily Mail). Here’s why the Blades signing the attacking midfielder would be good for them:

Dack could be a pivotal player for Wilder’s men

Predominantly an attacking midfielder, Bradley Dack can operate on either wing and be influential in all of those positions.

The 25-year-old has enhanced his game to a whole new level in the past 12-15 months and the numbers are proof of it.

With 18 goals and 10 assists in 45 appearances in all competitions last season, the Blackburn man has shown that he is a real threat in the final third or between the lines to the opposition defences.

In terms of his attributes, Dack has a good turn of pace on the ball, can dribble past defenders in a flash, is good at creating chances and finding those key passes in the final third, is physically strong on the ball and does have a pretty good finishing in him.

So, Sheffield United can really get a proper number 10 in their squad by signing the 25-year-old. In Chris Wilder’s 3-4-1-2 formation, Dack could be the one behind the two strikers, who can create chances and make them a team with a threat in between the lines.

All in all, we can conclude by saying that the Blades are right in being in the race to sign Bradley Dack during this window. They have to beat a lot of competition to get this deal in their favour though.