Black Friday XI: Bargain Deals That Could Be Available In January

Thanksgiving, the fourth Thursday of November that marks the beginning of the world’s Christmas shopping is past us and Black Friday too. A day every year when people from around the world hit the streets for cut-price deals, marks a very important time of the year for an average consumer.

However, nowadays, there is hardly anything average in the transfer market in football and in spite of that, clubs from around the country will surely be looking to make cut-price deals for star players. There are a number of players who are out of a contract come the end of the season and might be sold on the loose.

Here is the XI that features all such PL players, available on a bargain deal in January:

Having joined the Seagulls on a free transfer on a one-year deal at the start of the season, Krul has not played a single PL game and could be available for a bargain in the January transfer window.

Having helped Leicester City to a memorable league title as a first-team player, Huth has picked up some constant injuries recently and could be sold off in January.

The Dutch international has constantly been linked with an exit from Old Trafford and with game-time hard to come by this season, he could quit the club for cheap in January.

Luke Shaw, who is unable to win the trust of his manager Jose Mourinho, who will try to sell him at a price in January, just months before his contract with the club comes to an end.

Ander Herrera has fallen down the pecking order at Old Trafford, in spite of being named as the club’s Player of the Year last season.

The German midfielder is not ready to sign a contract extension at Anfield and could be sold by Liverpool in January, as they’d look to avoid losing him for free come summer. Juventus and Manchester City could sign him up for a bargain price, come January.

The Arsenal midfielder is still being used only in cup games and is finally looking for more game time. He will have no shortage of suitors, who will be ready to pay a considerable sum for a quality player, in January.

Ross Barkley is yet to return from an injury. He is in the final year of his contract and is already attracting interest from a number of clubs. He should be available on the cheap.

The Spanish playmaker has been in and out of the squad at Old Trafford this season and with his contract running down, Mourinho might be tempted to sell, if a decent offer arrives in January.

The German playmaker is the second most creative player in the league this season but is also running out of a contract in the summer. Barcelona and Manchester United are desperate for his signature and could make a move for him in January.

Easily the most expensive player on the list, Sanchez, will also be a bargain buy in January if we consider his actual value in the market. He has decided to not extend his contract at the club beyond this summer. City and Chelsea are desperate for his signature already. 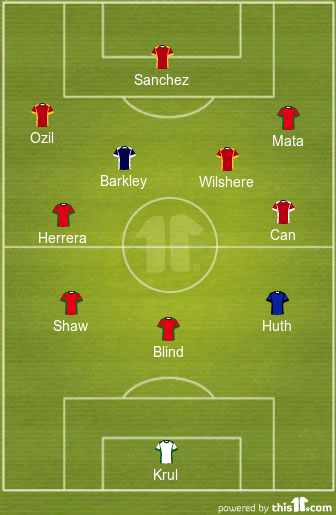