Sheffield United boosted their automatic promotion hopes with a comfortable 2-0 win over Bolton Wanderers at Bramall Lane on Saturday.

Neither goalkeeper had a save to make inside the first 45 minutes, with both teams failing to muster a single shot on target. Sheffield United dominated the first half and threatened on occasions but couldn’t get the opener.

Mark Duffy looked the brightest of players for the Blades inside the opening 15 minutes, trying to make things happen with his movement. Duffy breached the Bolton defence twice inside 10 minutes, only to be denied on both the occasions by fantastic defending from Jack Hobbs.

Enda Stevens had a peach of a shot blocked by David Wheater as Sheffield United upped the ante. Bolton, on the other hand, stuck to their plan of frustrating the home side by sitting deep and clearing every ball that came inside the box. 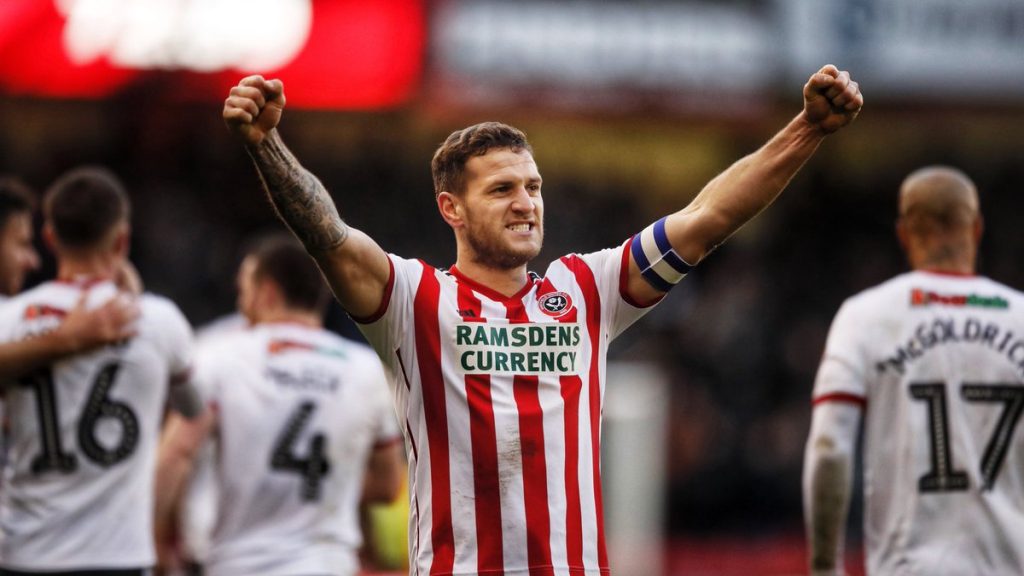 But Bolton’s defence was finally breached ten minutes after the break. David McGoldrick gave Sheffield United the lead by converting a low cross from skipper Billy Sharp. It was McGoldrick’s 11th of the season and one of the crucial goals he has scored that relieved the Bramall Lane faithful after tension had slowly started to creep in.

The provider of the first goal, Sharp doubled United’s advantage in the 73rd minute, moments after Bolton had introduced Josh Magennis to clinch the equaliser. Sharp, the United skipper, celebrated his 500th league appearance by turning home a fantastic Oliver Norwood free-kick.

Bolton had clearly arrived with a plan to frustrate United and they did for larger periods of the game but as the game wore on, the home side’s quality came out on top. The manner in which Chris Wilder’s side won the game should set a pattern for the remainder of the season.

Delighted with the victory, here’s how some Sheffield United fans reacted on Twitter.

Get in. Up the Blades

Good clean sheet today for the boys, need to build on that for Sheffield United at home. UTV