Arsenal 1-3 Manchester United: Red Devils make it 8 in 8 under Solskjaer

Manchester United continued their honeymoon start under caretaker manager Ole Gunnar Solskjaer by beating Arsenal 3-1 away at the Emirates in the FA Cup fourth round. Alexis Sanchez, Jesse Lingard and Anthony Martial were the scorers for the away side, while Pierre-Emerick Aubameyang netted the solitary goal for the hosts.

Just beyond the half-hour mark, Romelu Lukaku picked up possession at the edge of the Arsenal box and played a cute little through ball for Sanchez to get into. The Chilean did well to square up Petr Cech and slot home the opening goal.

Two minutes later, United countered with pace when Luke Shaw took possession at the edge of his own box and drove past a couple of players to find Lukaku on the right-hand side.

The Belgian then had the presence of mind to find Lingard who was in space. The Englishman was composed enough to take a touch and then slot the ball into the back of the net. 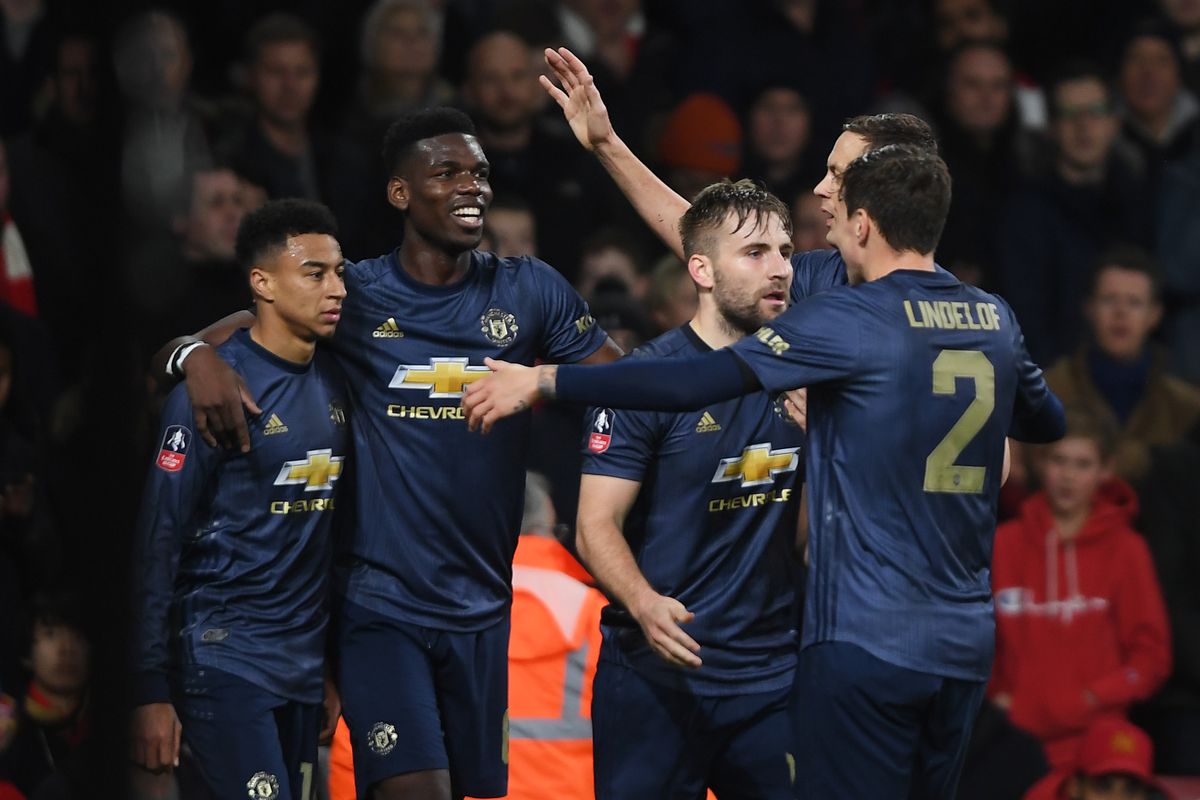 Arsenal looked threatening with their possession play but lacked the final ball. However, two minutes before half time, Aaron Ramsey found a way in on the byline and cut back towards Aubameyang who tapped in from a couple of yards into an empty net.

Right at the start of the second half, Ramsey had a great chance but his header wall well saved by Sergio Romero from close quarters.

United did clinch the win with a clinical third goal in the 82nd minute. Paul Pogba won possession in the midfield and drove past a few players to find space to shoot. The Frenchman’s initial hit was parried away Cech, only into the path of Martial who put the ball into an empty net.

From then on, it was an uphill task for the Gunners who never looked like getting a goal back despite getting 10 added minutes.

But for United, it is eight wins in eight under new manager Solskjaer. They are flying at the moment and look a much better team overall.

8 wins in a row. Ole masterclass. Liverpool and PSG aren’t ready for it.

If you think this team would have won these 8 games in a row under Jose Mourinho, you must be deluded. OGS has done a good job so far. 2-1 up in an away game, no Fellaini or parking the bus. Brings on Martial and Rashford? Impressive. #ARSMUN #MUFC

What a great team performance. Loved the game❤🔥