This top of the table clash featured 2 of London’s strongest clubs being pitched against each other in what could be a crucial game in the battle for 4th place.

The home side began with Matteo Guendouzi, Granit Xhaka, Lucas Torreira and Aaron Ramsey all in the starting line up to presumably overrun this strong Chelsea side in midfield. Alex Iwobi was dropped to the bench with Alexandre Lacazette and Pierre Emerick Aubameyang both getting starts. 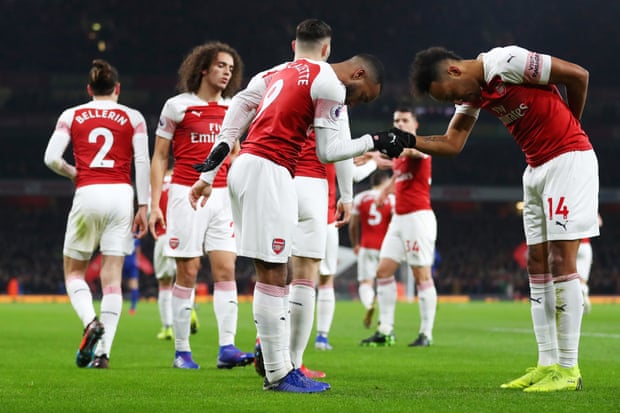 Chelsea began with a very familiar looking line-up to the one Sarri had preferred over recent weeks. N’Golo Kante and Matteo Kovacic assisted Jorginho in the middle of the park while Pedro and Willian Will support the false 9 Eden Hazard.

The game began with the home side dominating play and Chelsea doing a majority of the defending. Within minutes the Chelsea defence was breached and Arsenal has multiple chances which they couldn’t take advantage of.

In the 14th minute though, a short corner was delivered into the box by Bellerin who’s low cross was controlled well by Lacazette. He then turned Marcos Alonso and thumped the ball into the roof of the net via Kepa’s near post to make it 1-0 to Emery’s men. 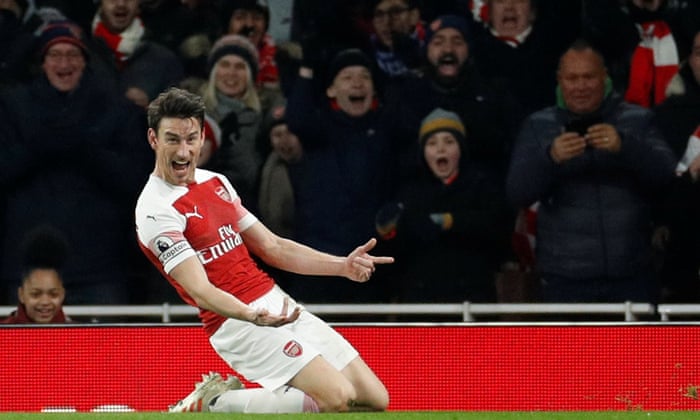 While Chelsea began to control possession, in the 39th minute, Arsenal had a 2 goal cushion when a wild shank back into the box by Sokratis caught the whole Blues defence off guard. The ball found Koscielny completely unmarked in the 6-yard box who fluffed his header but it ended up coming off his shoulder and going past a hapless Kepa.

Chelsea responded by winning a corner from which an Alonso header hit the base of the upright before rolling away. Going into half-time Arsenal were the much stronger side and with a 2-0 lead to their name and Chelsea looking toothless, it looked they could have the points in the bag.

The 2nd half began with Chelsea piling on the pressure to get the goal that brings them back into this game. What this meant was that Marcos Alonso began to play like a centre-forward at times in search of a chance. On the 60 minute mark, Kovacic was replaced by the more dynamic Ross Barkley and the ineffective Willian was replaced by Olivier Giroud as Chelsea tried a different approach. 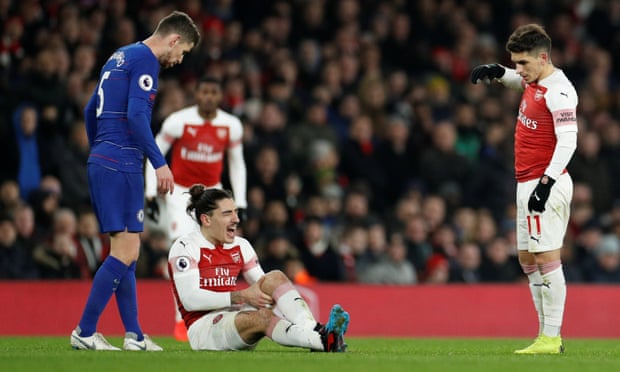 Even with a target man on the pitch, Arsenal’s strong defensive work meant that Chelsea were unable to get any crosses into the box. While Chelsea dominated possession, all of it was in front of Xhaka and Guendouzi who guarded the rear-guard extremely well.

After Bellerin picked up what looked like a nasty injury which required him to be stretchered off, Chelsea’s attempts to find a goal became even stronger. But with no players penetrating the Arsenal box and with Giroud not getting the service he should have, Arsenal ran out comfortable 2-0 winners and have made up more points on the top 4 in their push for Champions League football next season.

We didn’t just win, we kept a clean sheet too.

Lose against West Ham, beat Chelsea the following week sums up our season! Brilliant win though, we were amazing in all areas hopefully Bellerin recovers ASAP! #COYG

Credit where it’s due. Emery’s system in the first half was perfect. Sticking Ramsey onto Jorginho – masterstroke

Arsenal’s game of the season,defending superbly our attack caused all sorts of problems should have been 5 And a clean sheet well done the GUNNERS #Arsenal

A crucial win. I just hope we can carry it on. Sad to see Bellerin get stretchered off.

Boys played great today! Everyone had a good game. Lot’s of passion. Well done! @6_LKOSCIELNY & @LacazetteAlex had awesome games! Very impressed with the tracking back & defensive play from our forwards.

Great game from the lads. Great passion and amazing performances from our center backs

Good game, Laca shouldn’t have been substituted, he was our best man up front. On to the next one!