Leeds United visit the Abbey Stadium on Monday evening to face League Two side Cambridge United, in the 3rd round of the F.A Cup, and the match is expected to be a walk in the park for the Whites.

In 4 competitive meetings between both sides, Leeds have won 2 and drawn the other, and considering the huge gulf in quality between these 2 sides, there shouldn’t be any surprises, although the Whites are known to have their struggles against minnows in the F.A Cup.

The last time Leeds United met a lower-league opponent in the competition, it ended in a defeat, as the then League Two side Rochdale got the better of them in the 2013-14 3rd round, winning by 2-nil at home.

It’s a record Monk would be wary of, and he is very much likely to name a strong XI on Monday. That lineup could look like this.

Green has been in action for every of Leeds’ Championship games this season, and Monk might decide to hand another veteran a chance in Silvestri.

The Italian goalie played all 4 EFL Cup games and should also get the nod again ahead of Ross Turnbull, who should likely to be on the bench.

With Taylor still out to an Achilles injury, the Swiss full-back should get a nod to start at left-back.

The 28-year-old started the last 2 EFL Cup clashes against Norwich and Liverpool and would have been the choice for Monday’s game even with Taylor fit.

The Scottish centre-back has played the last few games and was also a constant presence in the last 3 EFL Cup games.

Another start will likely be handed to him against Cambridge.

The English centre-half has been a constant presence in Leeds’ defence for both league and cup clashes, and he would most likely get the nod to help provide experience in a 2nd string team Monk is likely to field.

The young defender has only featured once in the Championship this season, but has played 2 cup games and should be getting an opportunity to start against the League Two outfit.

He last appeared for Leeds against Liverpool in November, as injury has kept him out of action and seen him miss the subsequent 7 games.

But the 26-year-old northern Irish midfielder has been declared fit for action, and would likely use Monday’s game to gain some match fitness.

The Brazilian has seen less action of late but came on against Rotherham the last time out and did change the game.

Chances are he is included in Monday night’s lineup. 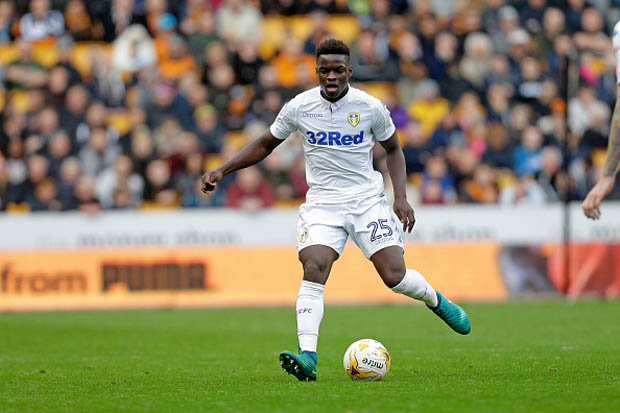 The Senegalese has led the line of recent in the absence of Wood but could be returned to the left-wing in order to provide the attack with some much-needed experience against Cambridge.

The youngster has started just one Championship game this term, coming off the bench on 6 other occasions, but he has been a regular in the cup games and should get the nod to play behind the striker at the Abbey Stadium.

The versatile forward has been in and out of the first team thus far but could get a start on the right despite having appeared only on the left this term in Doukara’s absence.

The former Kalmar FF star started against Norwich and weighed in a goal. He is likely going to be handed another start on Monday.