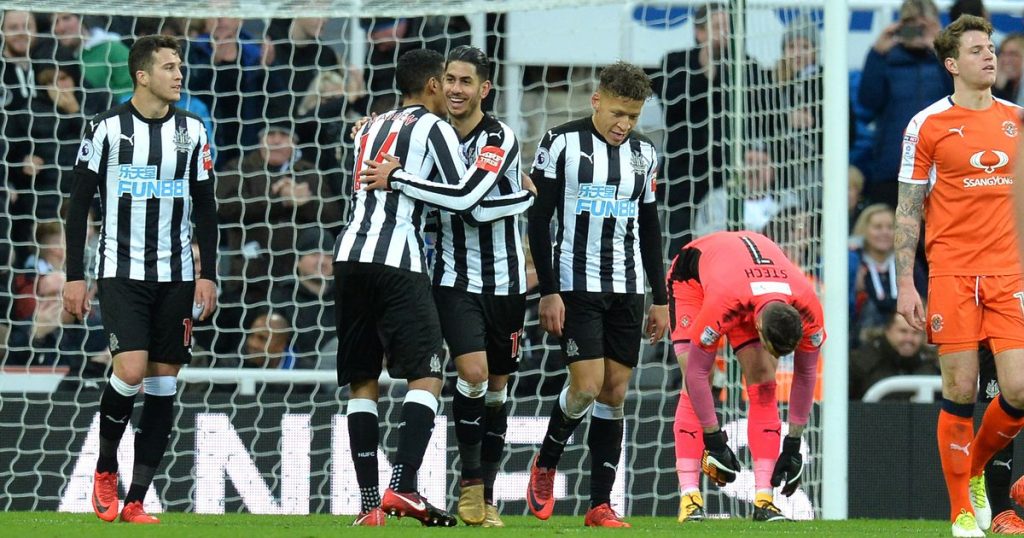 Following a disappointing defeat on Monday at Everton, Newcastle United will be eager to bounce back with a win over relegation-primed West Brom.

The Magpies saw a four-game winning run end on Monday evening as they were beaten 1-0 by Everton.

Rafael Benitez’s men are placed 10th on the table with 41 points and need just one more point to be mathematically safe from relegation. Benitez knows the importance of getting past the 40-point mark and will go all guns blazing to get a win on Saturday.

West Brom, meanwhile have been revitalised under caretaker boss Darren Moore but anything other than three points at Newcastle will confirm their relegation to the Championship.

Martin Dubravka will continue to be the man between the sticks for Newcastle United. He has done very well since the joining the club in January.

The USA right-back loves to get forward and contribute to Newcastle’s attacks. He has been a permanent fixture on the right-hand side of the Newcastle defence and that will not change against Brom.

A leader and a solid presence at the back, Lascelles has been outstanding this season and will continue to perform at the highest order.

Partnering Lascelles at the heart of defence should be Lejeune. The duo has worked well together and Benitez wouldn’t want to disturb the centre-back pairing.

Defensively solid and reliable, Dummett has been one of the most important figures for Benitez. The Welshman continues to excel with every passing week and should retain his spot on Saturday.

Diame adds a lot of steel and aggression to Newcastle’s midfield. He sits at the base of the midfield, breaks up the play and ventures forward with the ball whenever there is an opportunity.

The chief architect of most of Newcastle’s attacks, Shelvey continues to provide the flair needed in the attacking areas. He controls the midfield and sets the tempo of the game with his wide array of passing skills. He should start at the weekend as Newcastle aim for all three points.

Ritchie has been one of Newcastle’s most creative players and his inclusion is a must if the Magpies are to unlock the Baggies defence.

What a signing Kenedy is proving to be! Since joining Newcastle on loan from Chelsea, the Brazilian has not put a foot wrong. He is proving to be effective in an advanced role and is a sure starter against the Baggies.

Perez has been excellent of late for Newcastle. He brings a lot of pace and energy to the side which makes him such a valuable player under Benitez.

Slimani failed to deliver the goods against Everton but should be given another shot to redeem himself. The game against West Brom is ideal for the Algerian striker to get back his confidence.