Rafael Benitez’s men beat Arsenal 2-1 last weekend to cement their place in the top half of the Premier League table and they sit just a point below the Toffees heading into Monday’s game at Goodison Park.

The 40-point mark is the magic number apparently needed to guarantee Premier League survival and the Magpies have now passed that.

With Sam Allardyce’s Everton struggling for wins at the moment, Newcastle will fancy their chances as Benitez aims to finish the season on a positive note.

Dubravka, who joined Newcastle in January, has been fantastic between the sticks. He is the club’s No.1 and it’ll be no different on Monday.

Yedlin has been a permanent fixture in the Newcastle side this season. His blistering pace and agility will be key.

Lascelles has been a commanding figure at the back for the Magpies. Composed and aerially brilliant, the 24-year-old is expected to start in his usual role.

Lejeune has normally been Newcastle’s first-choice centre-back alongside Lascelles this season. He will have a task cut out against a pacey Everton front-three.

The reliable and hard-working Dummett should be deployed in his usual role and his presence in the side could be crucial against Everton.

Diame continues to be a key defensive outlet for the Magpies in the middle of the park. Strong and robust, the Senegalese will look to keep the Everton attackers at bay.

In a world of strong central midfielders specialising in tidy, neat and simple passing game, Shelvey is the perfect antithesis of it. He has been the architect of Newcastle’s rise to the top half of the Premier League table, constantly dishing out combative displays in the midfield.

Ritchie has been one of Newcastle’s most creative players and following his impressive performance against the Gunners last weekend, he is certain to start on Monday.

Since joining the Magpies on loan from Chelsea in January, Kenedy has been an exciting player to watch. He marauds up and down the left with plenty of energy, providing Newcastle with an extra attacking outlet. 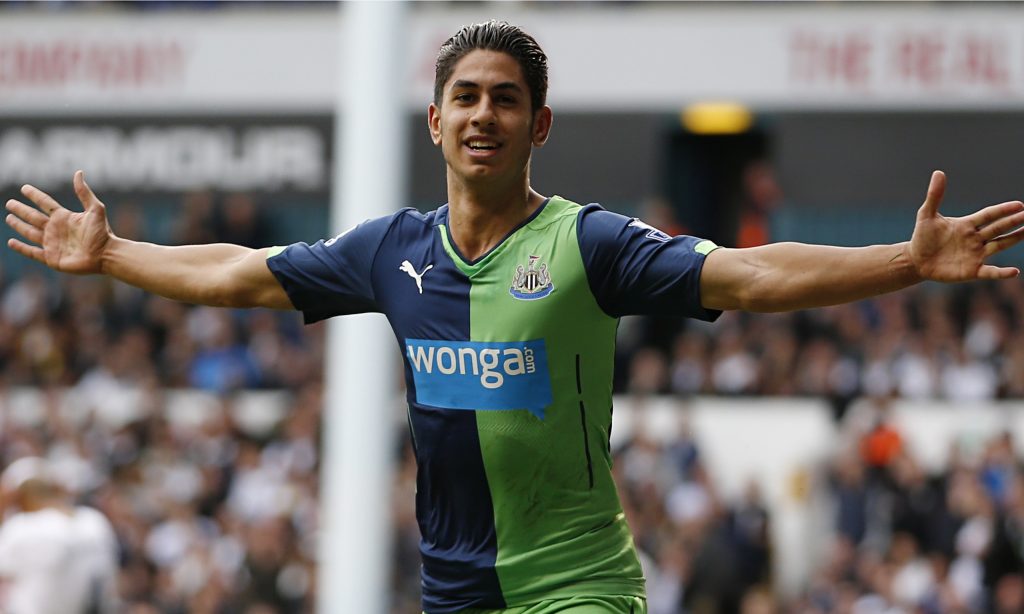 Another player who has picked up the tempo of late is Perez. He has been a livewire in the last few games and due to his pace and trickery, he remains a constant threat to any opposition.

Gayle has been constantly backed by Benitez and the diminutive striker has repaid the manager’s faith by putting up some good displays.