League leaders Norwich City failed to further extend their lead at the top of the table after a 2-2 draw against Sheffield Wednesday on Friday.

Marco Stiepermann’s opener was cancelled out by Fernando Forestieri before Steven Fletcher’s controversial goal gave the lead to the visitors. However, Mario Vrancic’s 97th-minute strike gave Norwich a point at the end.

The Canaries started off the game brightly with star striker Teemu Pukki being his usual lively self up front. However, the visitors had the first chance of the game as Fletcher’s shot was blocked by George Boyd. But his failure to control the ball gave it straight back to the forward whose second shot was weak. 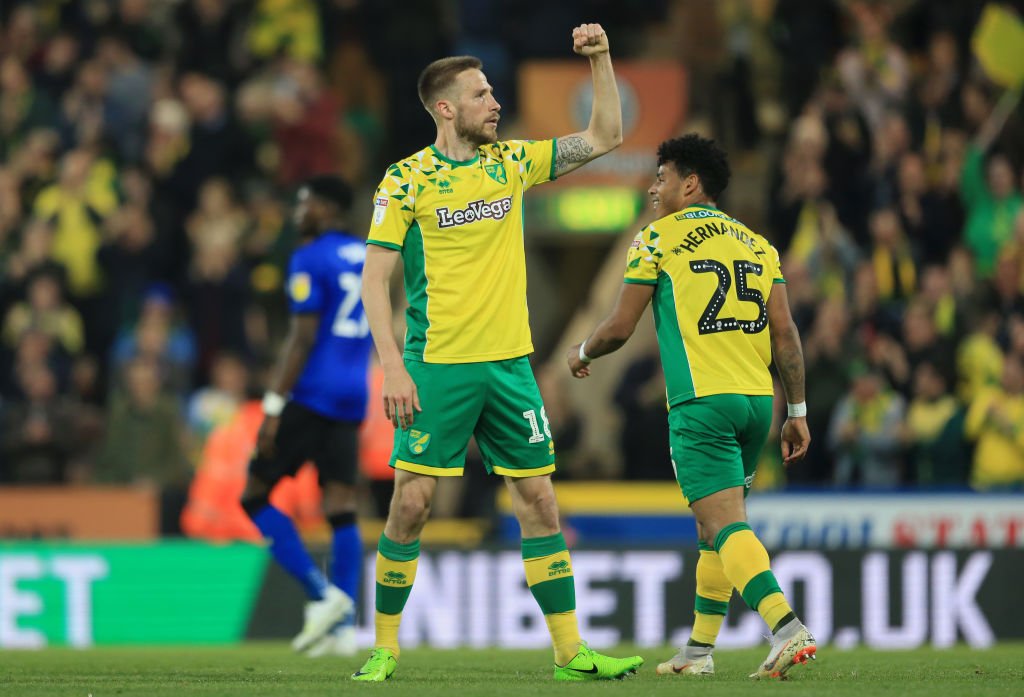 Cameron Dawson was the first player to go into the book after handling the ball outside the area. The young goalkeeper redeemed himself by saving Stiepermann’s shot after an initial fumble.

Forestieri unleashed a fierce strike from 30 yards out which was spilt by Krul but luckily, no Wednesday player was near enough to capitalise. George Boyd’s brilliant left-footed strike after a good ball by Onomah found the back of the net but the flag went up and the goal was disallowed.

Hernandez was the next player to have a pop at goal but Dawson made himself big to make a good save with his foot. Norwich pressed for the opener at this point and they didn’t have to wait for long, thanks to Marco Stiepermann’s fine finish in the 20th minute. 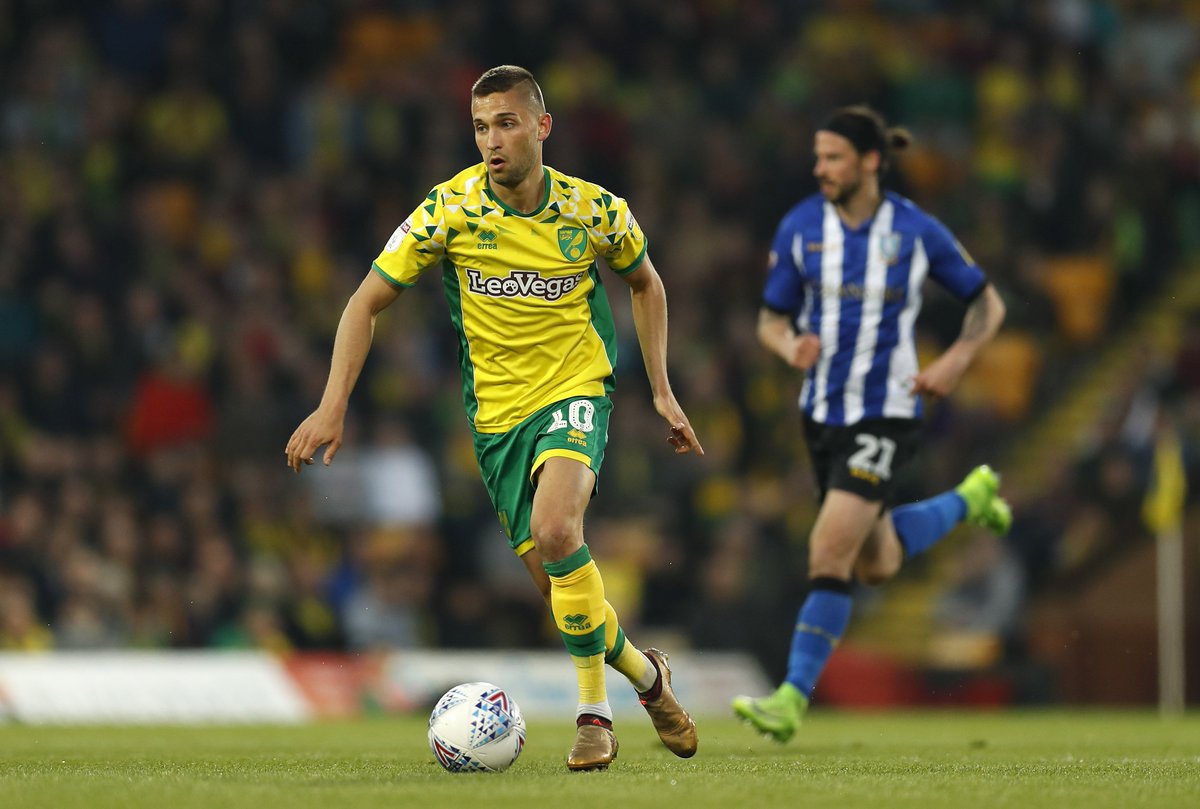 The hosts almost immediately doubled their lead as Max Aarons found Pukki 6 yards away from goal but the forward’s no-look flick was blocked well.

The goal gave Norwich enough confidence to dominate the game and they spent most of the next few minutes in Wednesday’s half without any real threat from the visitors.

However, Fernando Forestieri scored an absolute stunner from about 30 yards out to level the game up at the half-hour mark. A certain goal of the season contender that one. 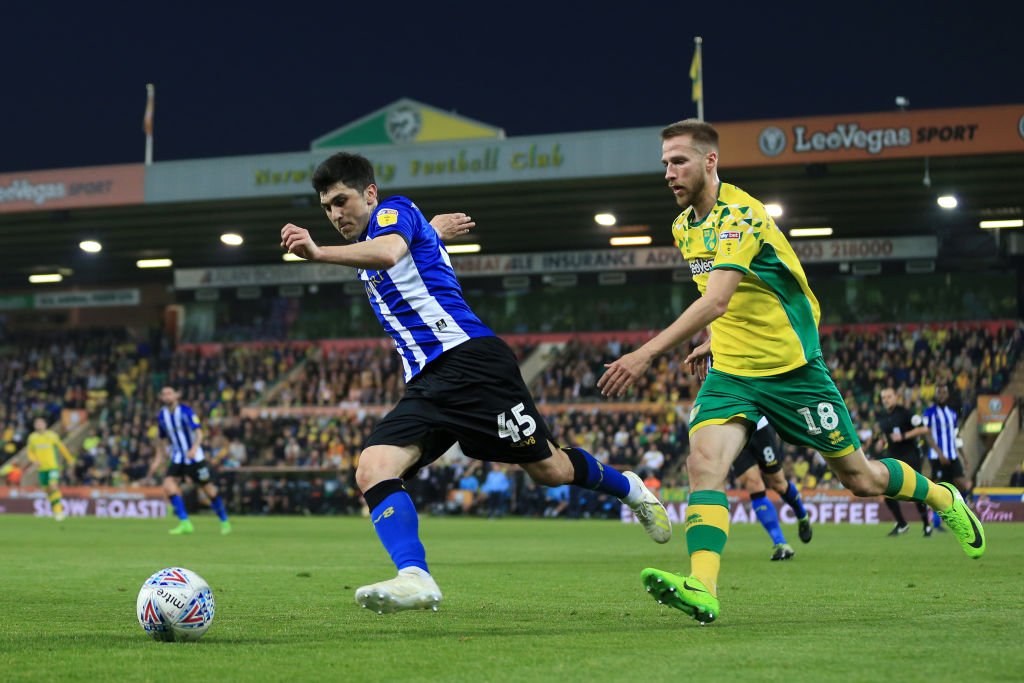 Max Aarons had the last chance of the half after a brilliant back-heel from Hernandez put him through on goal but his shot was saved brilliantly by Dawson.

Both teams went in at the break with a 1-1 scoreline, with Steve Bruce clearly the happier manager.

Norwich had a huge chance to go ahead early in the second half after George Boyd’s touch from a corner fell quickly to Godfrey but the defender’s reaction wasn’t quick enough to head the ball home. 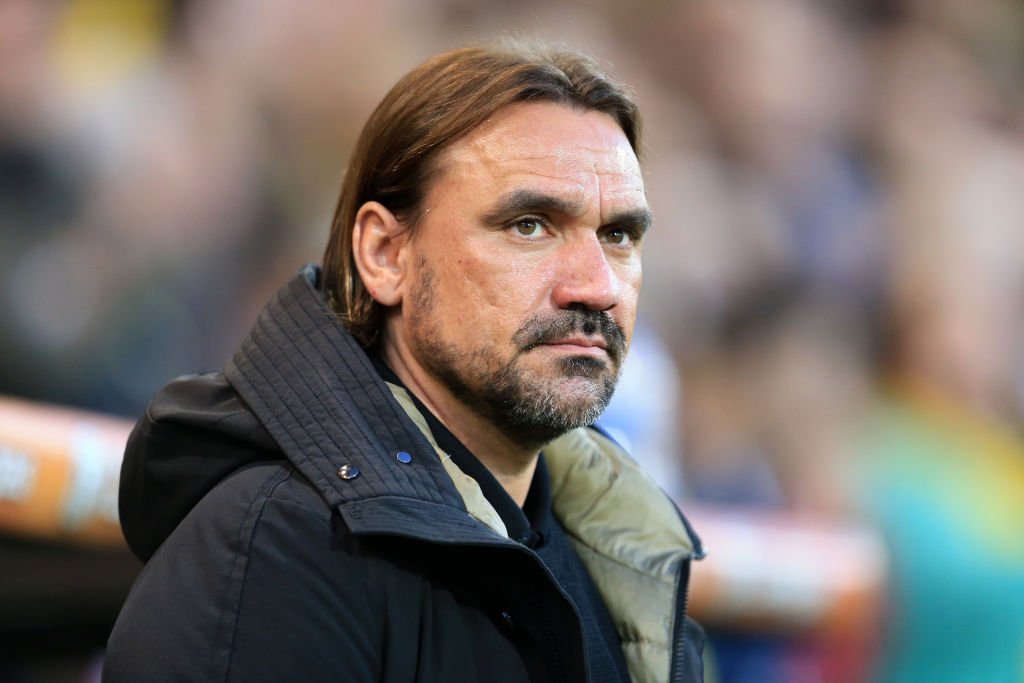 Forestieri attempted another long-range belter at the other end but Krul was equal to it this time around as he punched it clear. However, Wednesday didn’t take long to score after what looked to be Steven Fletcher’s hand that guided the ball into the net.

The referee was blind-sided and the goal was allowed despite protests from Daniel Farke’s side. The crowd at Carrow Road looked nervous after the goal as Norwich tried to pull the game back.

Steven Fletcher’s shot from distance was saved very well by Krul in the 68th minute. Forestieri’s tackle on Max Aarons at the edge of the box saw protests of it being a penalty but the referee rightly said no. 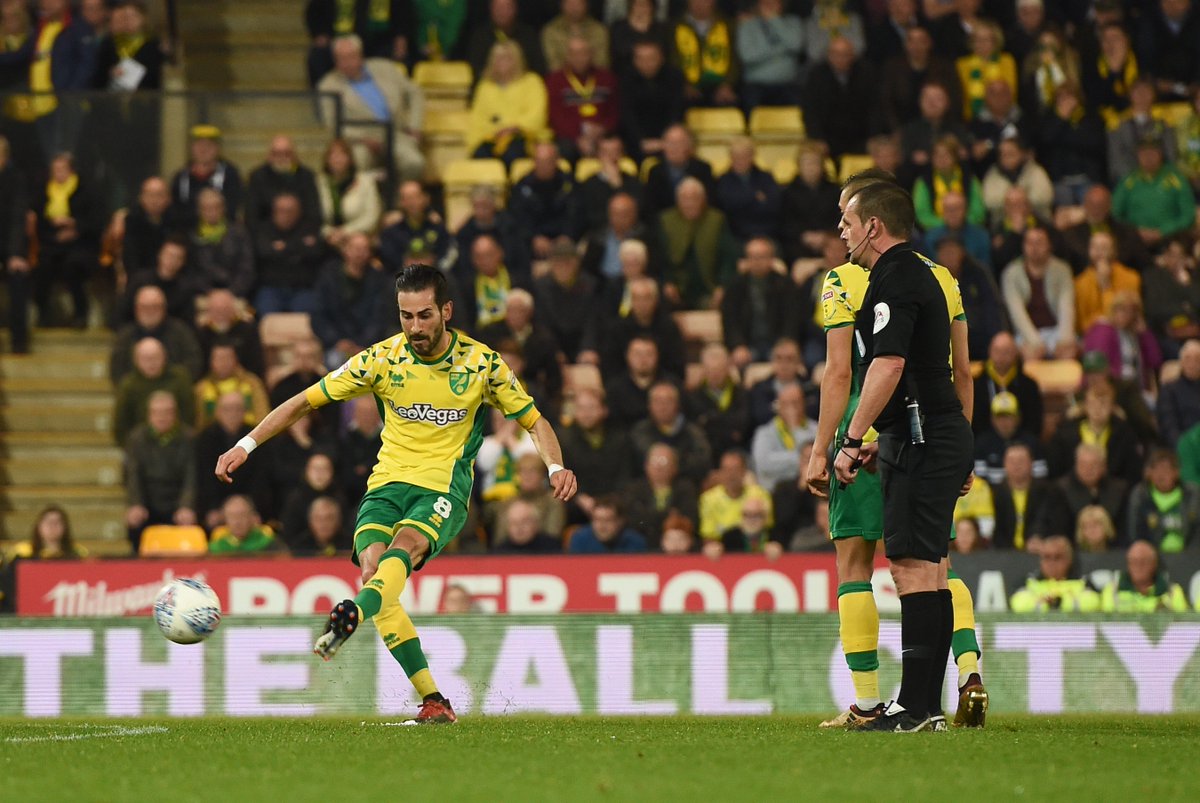 Daniel Farke made his first change of the game with 11 minutes left on the clock as he brought on Mario Vrancic for Trybull. George Boyd went into the referee’s book after a challenge on max Aarons, who had gotten away from him before being brought down.

Norwich finally levelled the game in the dying minutes as substitute Vranic’s brilliant freekick curled over the wall and into the back of the net. As harsh as the goal was on Wednesday, Norwich are now a point closer to a place in the Premier League next season.

Here’s how some Norwich fans reacted to result on Twitter: