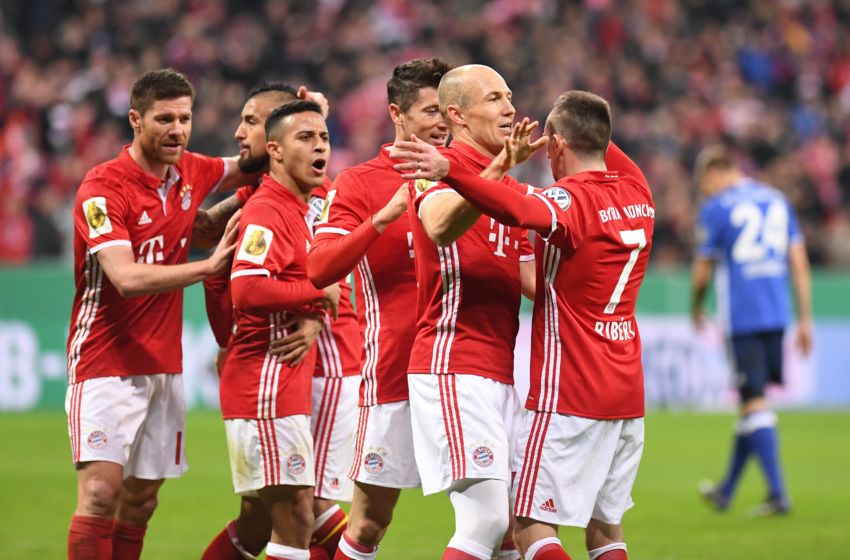 Bayern Munich are set to face Besiktas in the Champions League round of 16. The first leg will be played at the Allianz Arena on 20th February before Besiktas host Bayern in the return leg on March 14.

Speaking about Besiktas, the Istanbul-based club sprung a surprise by topping their group, beating the likes of AS Monaco, RB Leipzig and Porto. Looking at the opponents, it was indeed a tough group but Besiktas handsomely made it to the round of 16.

This is the first time that Besiktas have made the knockout rounds of the Champions League. But their reward for hard-work could be a bitter pill after they were drawn with Bayern Munich, the team that finished second to Paris Saint-Germain in group B.

The Turkish outfit have some famous names in their squad. The likes of Pepe, Ricardo Quaresma and Gary Medel form the spine of the team. In Wagner Love and Anderson Talisca, Besiktas have some really good attacking firepower. But did they commit a mistake by selling star Cenk Tosun to Everton last month? Only time will tell but to be honest, they could rue about it after the game against Bayern.

Coming to Bayern, the Bavarians are in really hot form since the appointment of Jupp Heynckes and champions league betting odds suggest they could well go on and lift the trophy. They are yet to taste defeat under Heynckes, who replaced Carlo Ancelotti back in October.

And the Bundesliga champions have maintained their imperious form without their star goalkeeper Manuel Neuer. Such has been the club’s form since Heynckes retook the reigns that they are now 18 points clear at the top, cruising towards another customary Bundesliga title.

There is no stopping Bayern at the moment. Robert Lewandowski continues to score goals left, right and centre, while James Rodriguez, on-loan from Real Madrid, has hit form just at the right moment.

They have shipped in just 17 goals in the league this term. This speaks a lot about Bayern’s solid defence, which has Jerome Boateng and Mats Hummels.

If the defence has been commendable, the attack has been eye-catching. They have scored 53 goals in the league this season. While Ancelotti struggled to get his best XI and was sacked in October, Heynckes has succeeded in getting the perfect combination that has seen the Bavarians pummel opponents at will.

As if the current Bayern side weren’t too hot to handle for Besiktas, there could be more bad news for the Turkish club. Javi Martinez and Thiago Alcantara book look to return to action this weekend but the Bayern boss could take a decision of not rushing the duo.

Besiktas have performed extremely well in the Champions League but feel Bayern are too strong for them to handle. Expecting no surprises or shocks but a comfortable Bayern win in the first leg.