Belgian forward and on-loan Borussia Dortmund frontman Michy Batshuayi has put several European Super clubs on red alert following his impressive performance having being shipped out to on loan to Germany by Chelsea in the January Transfer window with BVB keen to replace outgoing striker Pierre-Emerick Aubameyang.

The former Marseille man has bagged 5 goals and 3 assists in 6 games so far in all competitions, in the Bundesliga the Brussels native has netted 3 so far in 4 appearances this term bringing Borussia Dortmund out from the cold in 4th upon arriving to 2nd leapfrogging RB Leipzig, bitter Ruhr rivals Schalke 04 and are currently only 19 points behind perpetual rivals Bayern Munich quite a feat considering how poor BVB have been this season.

Batshuayi, who was shipped out to Peter Stöger’s side from Chelsea on the Winter deadline day upon the arrival of Oliver Giroud from Arsenal has made some talismanic performances for “die Schwarzgelben,” nobody, not his parent club Chelsea, football fans or probably even Borussia Dortmund themselves can believe how well the 24-year-old has done in Germany.

Dortmund’s new number 44 has really turned things around at the Westfalenstadion effectively solving their issues up top this season with the ability to bring in Dortmund’s more creative players case and point his 3 assists so far this season, deft touches and no look passes you expect from PSG’s Neymar not Michy Batshuayi and the ability to drive forward at the opposition defence causing major issues for any team in the Bundesliga all making him invaluable for Dortmund since his arrival.

But most importantly for a football club, you want your centre-forward to score goals, and that is exactly what the big Belgian is doing netting 5 goals so far this term. Batshuayi seems to be a lethal goal poacher with both the knack to be in the right place at the right time and the ability to create chances entirely on his own as a one-man demolition machine, a far cry from some of his performances in West London. 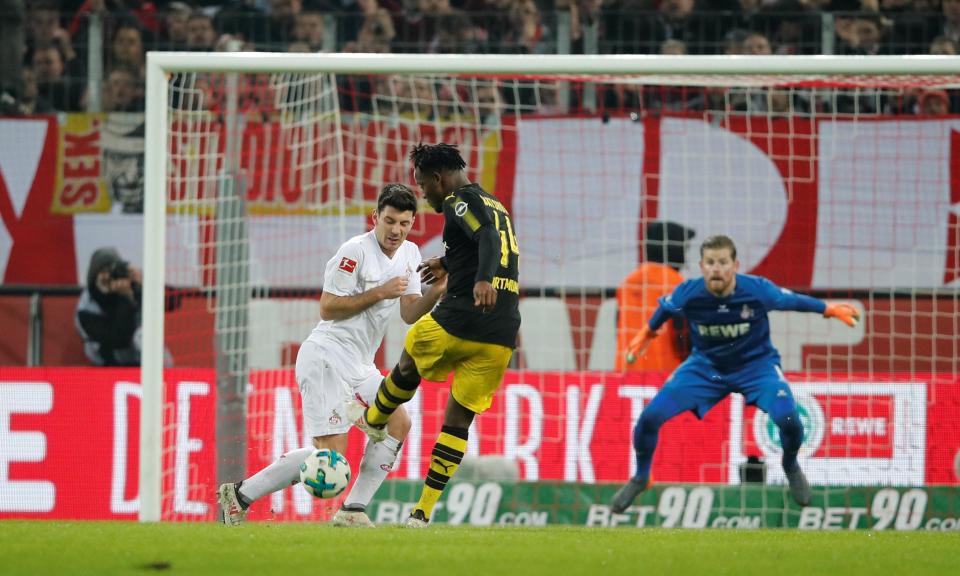 It is still important to know that the Spongebob loving Dragon Ball Z fanatic 24-year-old is still very young and still has his faults stretching back to his days in West London, despite standing at 6ft 1 the Belgian still finds it hard to hold up the play for prolonged periods of time like Giroud can; not to mention he is still best with the ball to his feet rather than in the air limiting the number of crosses a team can put in the box for him. But nonetheless Batshuayi has been a revelation since joining Borussia Dortmund and is definitely one to watch for the rest of the season.

With his form only seeming to climbing as well as his stock a number of European clubs have registered interest in the Belgian international, the problems only worsen for BVB with CEO Hans-Joachim Watzke confirming that there is no buy-back option in Batshuayi’s loan deal; this means that should they want him on a permanent basis the German club will have to deal with arguably the scariest owner in World football Roman Abramovich with a steep fee likely included in order to prise him away from West London.

For Chelsea the loan deal is a chance to get Batshuayi more game time having only played 592 minutes in a year and a half in the English Capital following his £33 million move from Marseille in 2016.

Should the former English Champions want to sell another talented Belgian player like the Blues did with Lukaku and Kevin De Bruyne the chance to put him in the shop window to potential suitors and show his quality only brings his price up, so in short it is a win win for the Blues but if Batshuayi’s form continues they may have no option but to keep the in demand Belgian next summer under whoever the next manager may be. 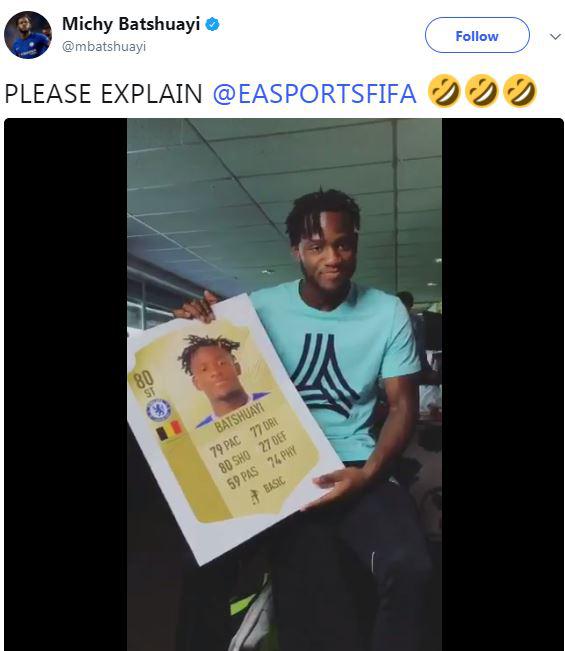 (Batshuayi looks on unimpressed after EA Sports gave him a 80 rated FIFA ultimate team card in 2017, following the season he is currently having the striker will be looking forward to a much higher rating upon FIFA 19’s launch)

Batshuayi’s decision however seems absolutely clear with the Belgian regularly tweeting out whilst watching his parent club whilst in Dortmund avidly supporting the Blues and tweeting out his reaction to goals and results, whilst watching Chelsea’s 2-1 home defeat to Barcelona in the Champions League following Willian’s sensational strike the 24 year-old tweeted “IT HAD TO GO IN !!!

”  with his antics making him somewhat of a fan favourite on social media gaining a cult following in the process.

For the player the loan deal is a massive boost ahead of the World Cup, the key in football is that ever so used word “consistency.” How often you play, how many goals you score and how often, the more Batshuayi can show his quality he showcased in a limited number of appearances for Conte’s men the better his chances are in making it into Belgium’s World Cup squad for Russia 2018 alongside former team mate Eden Hazard.

The future looks bright once again for Michy Batshuayi, having had time to work and learn under Diego Costa in 2016/17  the now Dortmund star gets to showcase what the Belgian learnt from arguably the angriest, most troublesome yet highly prolific forward in football in Costa and what Batshuayi has that makes this Chelsea forward so different from anything we have seen before.

The future looks to bring further goals for the self-proclaimed “Batman,” and while he is not donning a cowl and cape unlike his namesake he is already a hero to many members of the iconic Yellow Wall.