Why Barcelona must go all out to re-sign Thiago Alcantara

As per reports, Spanish champions Barcelona are planning to re-sign Thiago Alcantara from Bayern Munich this summer.

Sporting director Eric Abidal and club’s head coach Ernesto Valverde reportedly agree that Barcelona needs an elite midfielder and the former is the man who is most interested in bringing back Thiago to Camp Nou.

Bayern are reportedly open to selling the midfielder and Barcelona must pounce on the opportunity to get the deal done this summer.

Thiago, 27, made his professional debut with Barcelona and was widely considered as the future of the team’s midfield but owing to a lack of first-team opportunities, he signed for Bayern in 2013.

Pep Guardiola shaped him into a world-class playmaker at the Allianz Arena and while he has struggled with injuries, the Spaniard has looked solid when he has played.

Barcelona have become thin in midfield following the exit of Paulinho after just a season and the departure of club legend, Andreas Iniesta.

Iniesta, the midfield maestro, is simply irreplaceable but Barcelona must find a player who can perform the role of the veteran Spaniard.

Keeping that in mind, Thiago can be the ideal player Barcelona must look at, although they have signed Arthur Melo from Gremio. Thiago is 27 and entering his peak years, which clearly suggests the Catalan giants cannot afford to let him go.

The Spaniard is a complete package, with a fantastic work-rate and brilliant passing abilities. Not only is Thiago a sublime dribbler but as we have seen time and time again throughout, he is an excellent reader of the game.

Thiago also has the versatility to play in both central and attacking midfield roles and could be the ideal player to complement Sergio Busquets, especially should Valverde use a double pivot in his formation. The midfielder is more than capable of taking shots from long distances and hitting the target quite often. 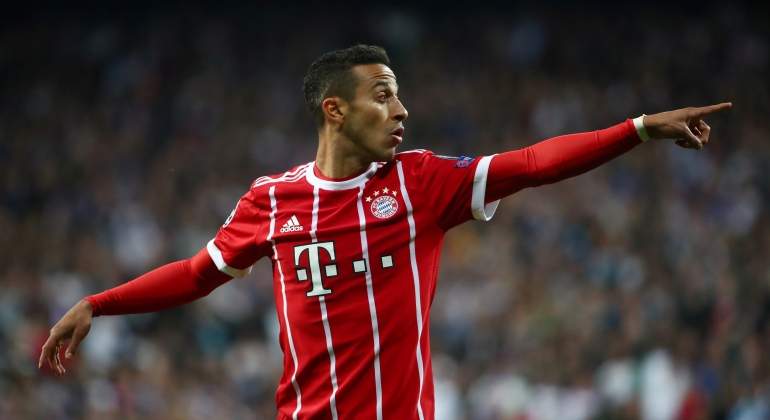 After Iniesta’s departure, Barcelona lacks a midfielder capable of controlling the tempo of a game. In Thiago, Barcelona would exactly get a top box-to-box midfielder, filled with creativity and guile, who can score goals too.

He possesses the ability to dribble past opponents and create chances as well as control the tempo of the game. In every case, Thiago is the perfect player for the club and he might fill the void left by Iniesta.

Read more: Why this 19-year-old Golden Boy is the true heir of Leo Messi and Cristiano Ronaldo

Thiago’s style of play is tantamount to Barcelona’s ethos and traditions and his past is deeply rooted within the La Masia system.

For Barcelona, the fact that he spent time at the Camp Nou would be a major advantage. At 27, Thiago will have time to take his game to the next level and attain his peak.