Newcastle couldn’t proceed to the F.A Cup 4th round on Saturday evening, as a 1-1 draw against Birmingham City at the Saint Andrews means they have to wait for a replay at the Saint James’ Park to decide their fate.

Magpies striker Daryl Murphy, opened his Newcastle account as he put the visitors ahead in the 5th minute from close range but the hosts didn’t wait long for theirs, as a goal from Lukas Jutkiewicz 3 minutes to half-time ensured Zola’s charges remained in the competition.

Birmingham came closest to getting a winner, but they spurned 2 late chances that would have sent Newcastle out, and both teams will now meet again in a replay to decide which of them progresses to the 4th round of the F.A Cup.

Fielding a 2nd string team, Benitez’s charges gave a good account of themselves but couldn’t repeat a performance near the level of the 4-nil victory they had over the hosts at home last month.

How did Newcastle players do?

Could do nothing about Birmingham equalizer but overall, he didn’t have an assuring performance and always seemed to fumble the next cross into his box.

Did well to make a great save that kept Newcastle in the competition, though.

Made some crucial interceptions, had great deliveries but didn’t just do enough to convince Benitez of more regular playing time and was at fault for the host’s goal.

Came close to scoring in the 1st half with a header, but he was neither spectacular nor impressive, while also not putting a wrong foot forward in an average performance.

The left-back made a return to action after 15 months and had to settle for a role in midfield, where he wasn’t really solid and was withdrawn in the 2nd half as Newcastle sought a winner.

Not the best of the game from the skipper who should have done well to deal with the cross that led to the hosts’ goal.

Haven’t been particularly in his best element in recent weeks and needs to catch up with his best form.

Wasn’t able to prevent the goal from going in when he could have done better.

But his energy was superb as he did well going forward though he looked tired as the game wore on and didn’t really create the chances after fine runs. 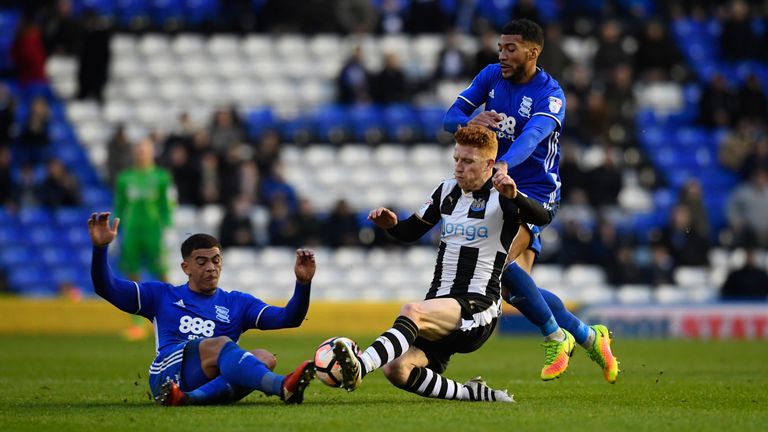 Another below-par performance from the midfielder who appeared short of confidence all-game.

He failed the midfield battle as he provided no defensive or offensive threat to the team’s cause.

Got drafted in midfield but was poor in holding on to possession, and did drift off for a majority of the game until the closing minutes.

It was too little too late by then but he was tidy and neat. The change in formation might have influenced that.

The Ivorian, making his first Newcastle start this season clearly lacked match fitness, and wasn’t neat in possession as a result, but he did show a glimpse of his powerful presence in the middle of the pack a few times with his combative attitude.

Stretchered off after 6 minutes after forcing the corner that led to Newcastle’s early goal. Bagged a fine goal and did well in holding up the ball.

But wasn’t much of an influence afterwards though it wasn’t no fault of his as he saw less of the ball.

Played 80 minutes off the bench after replacing Mitrovic.

Missed a sitter that could have settled the game earlier on.

Got booked for an unnecessary foul and had no much impact after replacing Tiote.

Couldn’t influence the game in any way after coming on for Haidara.