The rumours died down not long after, with Barcelona reportedly emerging as the front-runners to sign the Frenchman. However, the race seems to be wide open yet again, as latest reports have claimed that Liverpool’s league rivals Chelsea and Manchester United have thrown their hats in the ring to land Lenglet.

So, should Liverpool re-enter the race and sign him from the La Liga outfit this summer? The answer to that would be a resounding yes.

The Reds had one of the most fragile defences in the top-six of the Premier League last season. Things have vastly improved, following the arrival of Dutch star Virgil van Dijk from Southampton. His presence steadied the ship to a great extent but there are certain holes that need to be filled.

Dejan Lovren possesses ample experience and has the ability to go toe-to-toe with any forward on his day, but more often than not, he commits mistakes that have cost the Reds a number of times. And his continued tryst with injuries makes him a liability.

Estonian defender Ragnar Klavan has never inspired confidence within the Reds’ supporters and will be 33 years of age in October.  Meanwhile, Joel Matip is yet to return from a lengthy injury layoff. Joe Gomez has also had his fair share of injury troubles and since he is just 21 years of age, the wise thing for Klopp and Liverpool would be to add another centre-back to their ranks this summer.

And Lenglet would be the ideal fit for the Merseysiders. The Frenchman, who will be 23 in a week’s time, joined Sevilla from AS Nancy in January 2017. Since then, he has gone on to become an integral part of the La Liga side.

The centre-back has racked up 73 appearances for Sevilla already, 54 of which came in the 2017/18 campaign. During that time, he also scored four goals and assisted a solitary strike, playing a crucial hand in their quarterfinal run in the Champions League. 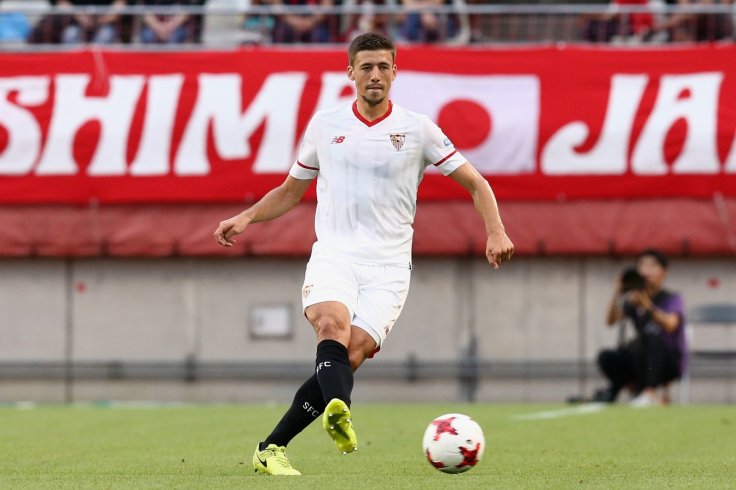 The 22-year-old is an intelligent defender who exudes great composure and confidence for his age. A strong tackler of the ball, Lenglet has displayed unwavering focus and concentration on the field, which makes him a hard customer for any opponent to get by.

Considering how comfortable he is with the ball at his feet and his penchant to play out from the back, the former France U21 international would be a great fit into this Liverpool side.

Liverpool have first-hand knowledge of the player’s abilities, having seen him in action during the group stages of the UEFA Champions League last season. Furthermore, after his performance against their arch-rivals Manchester United in the Round of 16, it should be quite clear that the 22-year-old has the quality to make it big at Anfield.

The fact that Lenglet will be available for a fee of £31million, is a bargain for an up-and-coming defender who has proven himself on the European stages already. Go for it, Klopp.