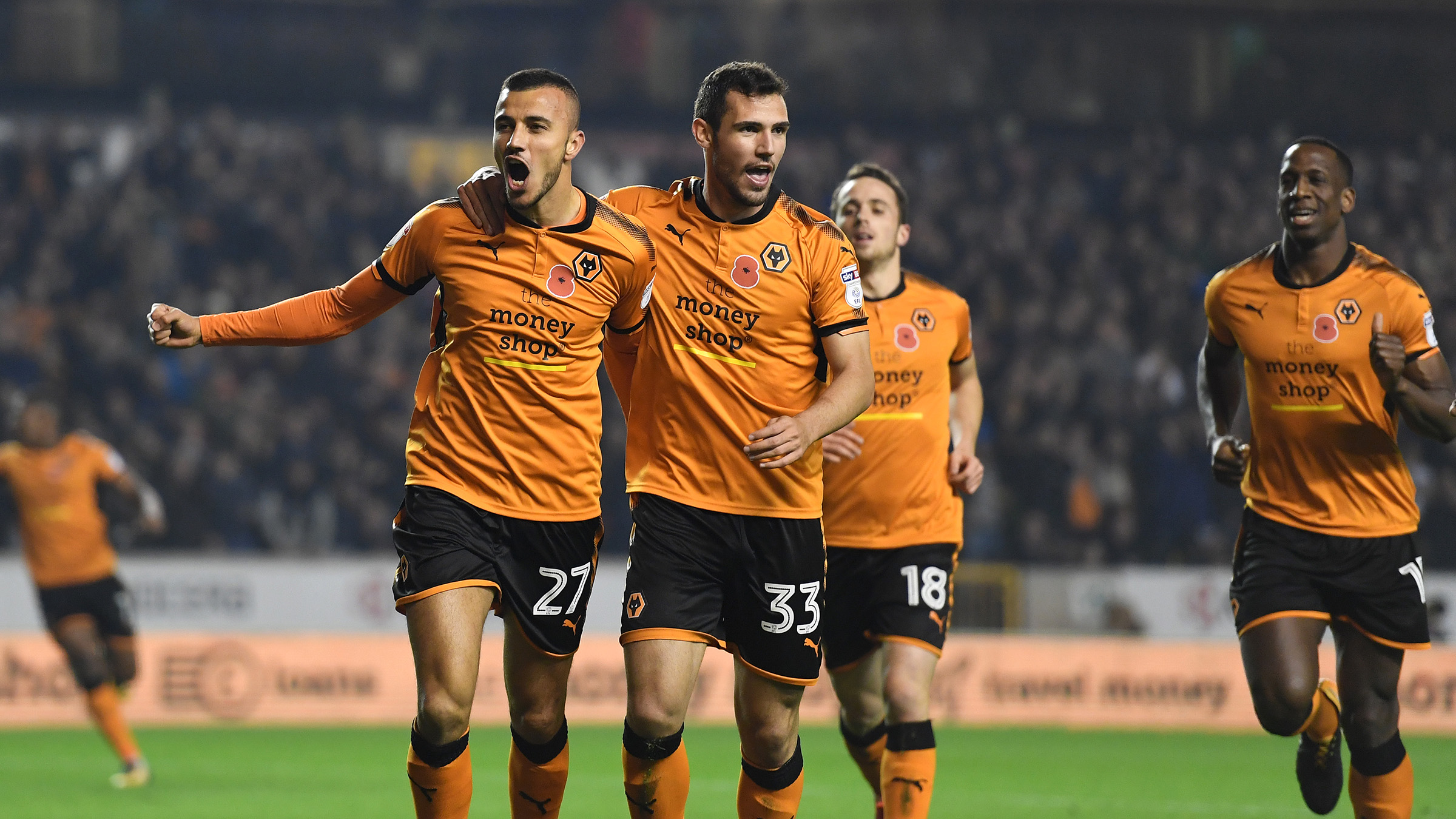 With 10 games to go, a West Midlands derby at the top of the table is the game everyone will be tuning into. This weekend, Wolves make the short journey to Villa Park to play their Birmingham rivals and as it stands, Villa sit 10 points behind the Wanderers.

Nothing less than a win will be required if they wish to be promoted automatically alongside Nuno Espirito Santo’s men. With Fulham facing fellow play-off chasers Preston, this game will be vital for Villa if they wish to secure automatic promotion and not fall for the lottery of the playoffs.

Wolves bounced back from a tricky run of form by destroying Leeds on Wednesday at Elland Road, and they will be looking to continue that run and extend their six-point lead over Cardiff. Both teams have quality all over the pitch, but who are the best in each position?

Combined Aston Villa and Wolves lineup in a 3-4-3

Wolves are ahead of Villa, so it is only fair that this combined team plays the preferred formation of Nuno’s team.

John Ruddy is a fine goalkeeper but Sam Johnstone is probably the best keeper outside of the Premier League (sorry Scott Carson fans) and unlike the Wolves stopper, Johnstone has a long career ahead of him.

Coady was playing at right-back as recently as last season, so the versatile defender easily moves across the back three. This season, he has been a revelation for Wolves.

The old stager had a bit of a tough start to his Villa career but has grown into the club as the season progressed. He still has a lot to give even if he is very clearly not able to run.

He is possibly the best player ever to play in the second tier and he would look at home in the defence of any club below the top six in the Premier League.

Barry Douglas has 11 assists to his name this season and is full of confidence on the left for Wolves. He terrorised Leeds on Wednesday night, as he has done all season.

After serving his suspension, Neves will be back for Wolves this weekend. The midfielder has been peerless in the centre for Wolves. He dictates the play and provides a classy outlet for the West Midlands side.

The young Villa midfielder is likely to come back into the side this weekend and his style of play improves Villa’s attack tenfold. He glides around the pitch and is very effective at creating chances.

The Egyptian has been in England for a long time and has earned promotion to the Premier League before. His nouse and expertise put him ahead of Matt Doherty.

8 goals and 10 assists say all you need to know about the Portuguese attacker. He has a way of popping up at the right place to finish teams off.

The Villa striker was the only shining light in the first half of the season at Sunderland and is now proving to be an effective striker at the other end of the table.

Jota is a powerful forward player who can punish teams when he gets the opportunity. In comparison, Scott Hogan has had a good season but not as stellar as Jota.