Aston Villa came from behind to get a huge advantage ahead of the second leg, thanks to a 2-1 victory against West Brom in the playoffs. Goals from Conor Hourihane and Tammy Abraham was enough for the Villans to go into the second leg high on confidence.

The hosts had the first chance and it was a big one after a well-worked corner found Whelan 8 yards away from goal. But his header went over. Huge let off for the Baggies early on.

Villa were clearly on the front foot in the early stages, with their full-backs pushing high up. West Brom had a small glimmer of hope with Gayle running with the ball but it came to nothing.

Adomah had a pop at goal in the 10th minute but his strike from 25 yards out curled wide. The Baggies almost opened the scoring after Rodriguez opened his body up to curl one into the top corner but Steer brilliantly got a hand to it.

West Brom didn’t have to wait too long to find the net though after Glenn Whelan failed to react to a pass from Grealish and Gayle pounced onto it to give the visitors a valuable lead.

El Ghazi drove towards the by-line on the left flank but Bartley brilliantly intervened to let the ball roll away for a goal kick. Villa tried another short corner which Grealish met 18 yards out but his shot sailed wide. 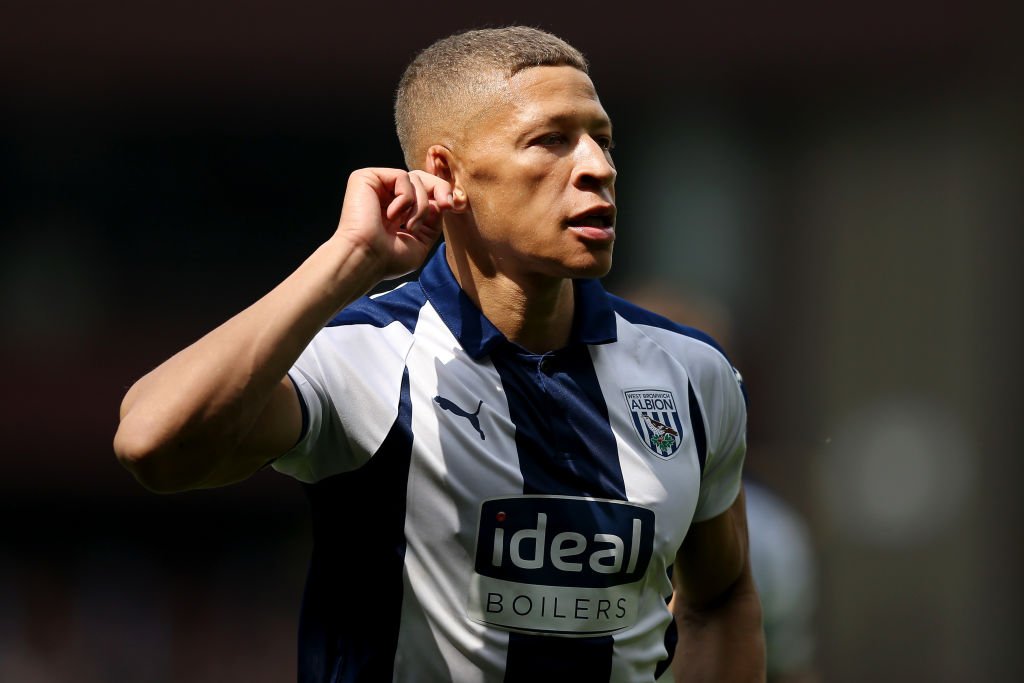 The Baggies had another good chance after a long ball found Gayle in the box who knocked it down into the path of Rodriguez but he failed to connect his half-volley properly.

Mason Holgate became the first player to go into the referee’s book after a foul on McGinn in the 34th minute. Dawson suffered a blow which saw him dazed and off the pitch for treatment.

Villa failed to get back into the game despite 5 minutes of added time and the Baggies went in at the break with a 1-0 lead.

Dawson couldn’t recover from his injury at the end of the first half and he was replaced by Mears. Hegazi was shown the yellow card for a reckless challenge on Adomah early in the half.

Villa executed another short corner and Grealish rolled the ball onto McGinn, whose left-footed shot went high and wide. The hosts caught West Brom on the break and Adomah had a pop at goal from the right-hand side but Johnstone saved well with his legs.

Abraham had his first chance of the game after Elmohamady chipped the ball but his attempted header narrowly missed the target. Hegazi found himself at the back post from a corner but his header into the six-yard box was cleared by Mings under pressure. 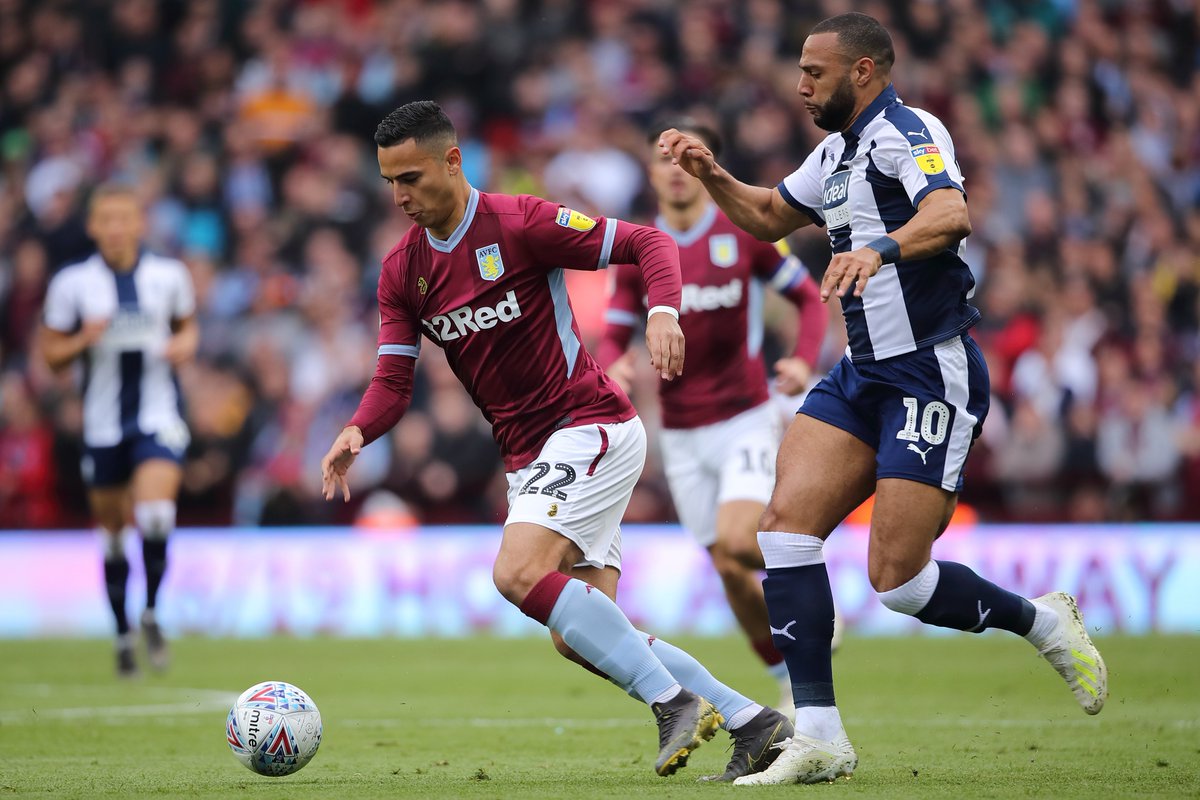 West Brom looked content with the lead and Dwight Gayle took his time to get to a throw-in, which forced the referee to pull out the yellow card. The Baggies had another half-chance after Brunt’s freekick was met by Bartley, but his header missed the target.

Villa finally levelled the game after a moment of brilliance from Hourihane, whose swerving left-footed shot gave the keeper no chance. A brilliant strike from the midfielder.

The momentum shifted and Villa were given a penalty just two minutes after their goal. Kieran Gibbs’ slide tackle looked to have caught Grealish inside the box and the referee pointed to the spot. 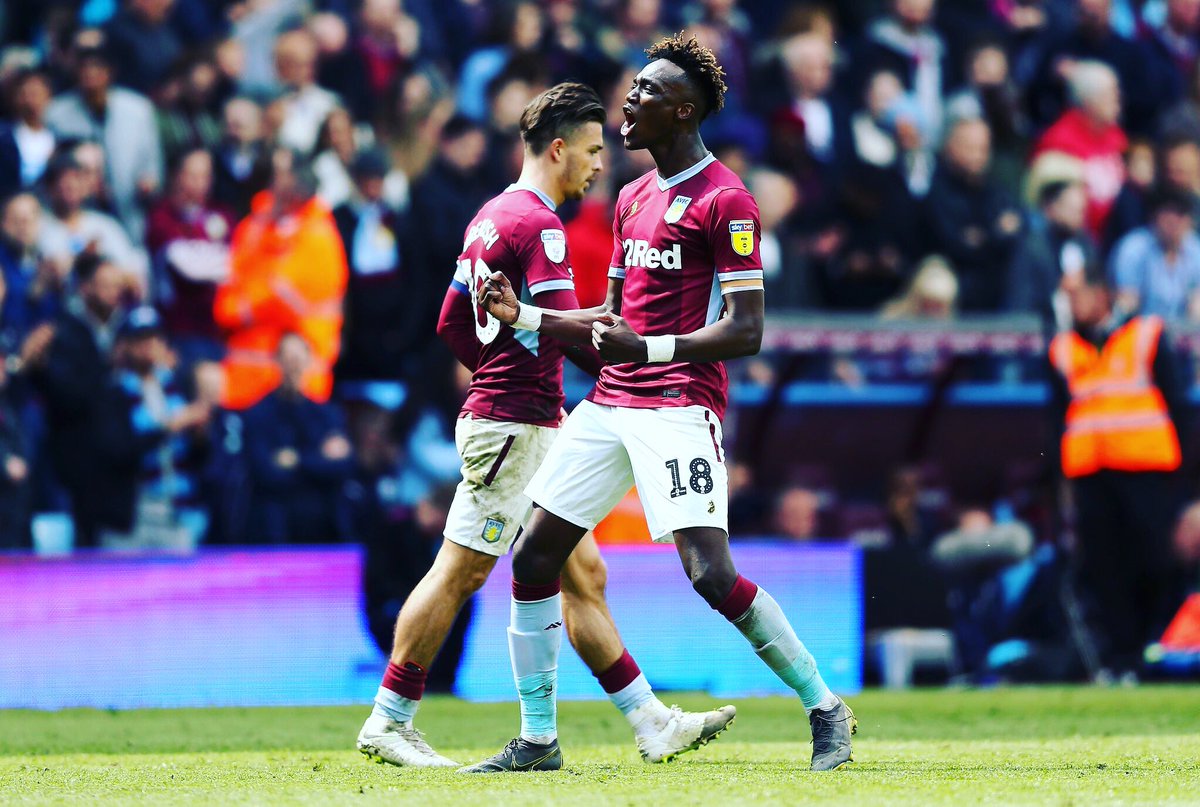 Tammy Abraham stepped up and sent Johnstone the wrong way to give Villa the lead. Villa Park erupted as the visitors’ shoulders dropped with over 10 minutes left to play.

Villa had a huge shout for a penalty after Abraham went down in the box but the referee waved play on. Bad turned worse for the Baggies as Gayle tried to slide in to get at the end of a cross from the right but he clattered into Johnstone and received another yellow card.

West Brown went down to 10 men as the fourth official indicated 7 minutes of stoppage time. The hosts had a huge chance to extend their lead in the dying moments after Grealish found Green inside the box but his shot from 15 yards out deflected off brunt and looped to safety. 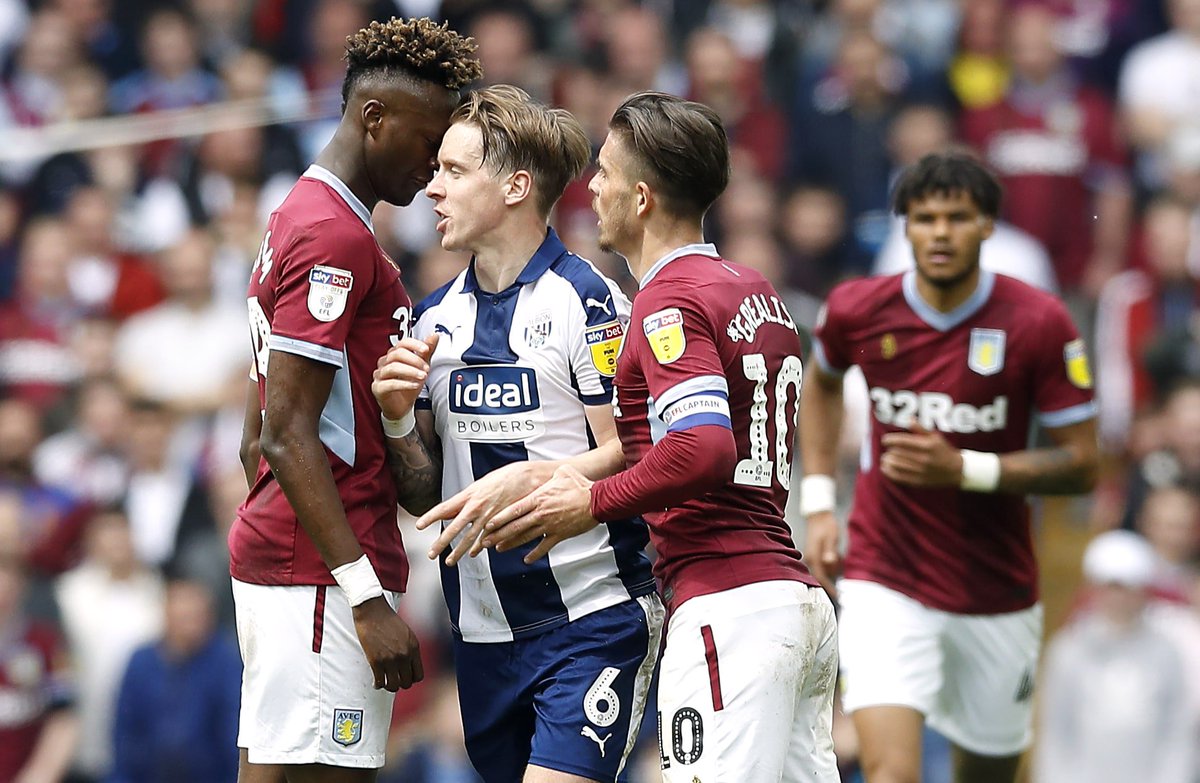 That was the final incident of the game as Villa brilliantly took the lead ahead of the all-important second leg.

Here’s how some delighted Villa fans reacted to the result: