Aston Villa slipped further away from the play-off places at the weekend, following a dismal 3-0 away defeat to Wigan Athletic on Saturday afternoon. The latest defeat meant the Villans have won just once in their last seven league outings.

The team’s defence was once again exposed, this time to Wigan, who are struggling at the bottom half of the Championship table. But not for the first time away from home this season, Aston Villa put in a disappointing performance and failed to close the five-point gap between themselves and the play-off positions.

With next two games at Villa Park against Hull City and Ipswich Town, Smith needs to make certain alterations to his tactics and team selection. Things need to change immediately if the Midlands outfit are to clinch what now seems an unlikely play-off finish.

But Villa must not forget to make signings in the January transfer window to go all out in the second half of the season. Their defence still looks shaky despite Smith signing Kortney Hause from Wolves and recalling Tommy Elphick from his loan at Hull City.

Hence, it’s a no-brainer for the Aston Villa manager to prioritise sorting out his defence and he could try doing that by signing Dijon left-back Oussama Haddadi.

Oussama Haddadi, 26, has been on the books of Dijon since 2017, impressing in France with his dazzling displays at left-back. He has been an ever-present in the Dijon team this season, managing two goals and as many assists in 17 league games.

The 26-year-old, who was a part of the Tunisia squad for the 2018 World Cup in Russia, is an explosive left-back and can also play as an emergency centre-back. Oussama Haddadi is calm and composed in possession, a good crosser of the ball and works tirelessly throughout the game. 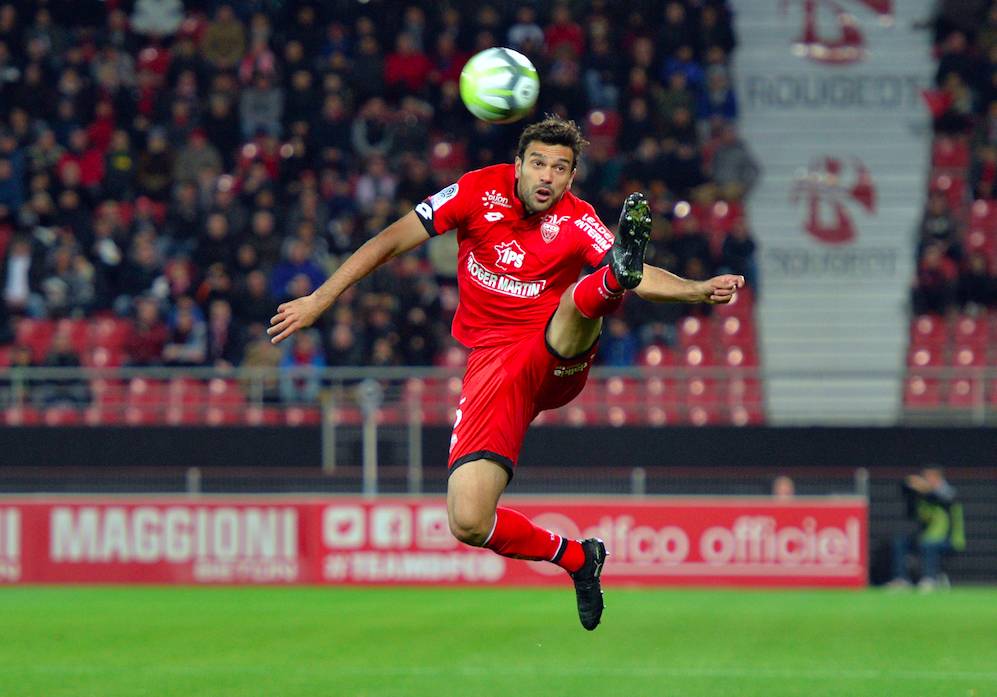 The Tunisian, despite being an attack-minded full-back, is also solid when it comes to defending – a clear-cut upgrade on Neil Taylor.

Read more: Aston Villa signing this intelligent Argentine star would help them be more clinical in front of the goal

A move for Oussama Haddadi would make sense for a club like Aston Villa, who have looked lost under Dean Smith of late. Haddadi would slot in nicely at the back and be a steady and composed head, bringing little physicality as well to the Villa defence which has conceded far too many goals this season.