Mathew Leckie is arguably one of the best players to have come through the ranks of the A-League system and successfully make his mark in Europe. The 27-year-old Australian ventured out of his homeland for the first time in 2011 and made his mark in the Bundesliga with Borussia Monchengladbach.

However, he didn’t manage to make it to the first-team on a regular basis and was subsequently loaned out to Bundesliga 2 outfit Frankfurt in 2013. He tasted commendable success in the second tier, scoring 17 goals and 15 assists from 63 appearances over the course of a couple of seasons.

Leckie signed for Ingolstadt in 2014 and played an important role in the club’s promotion-winning season in the second tier. Subsequently, he had a decent 2015/16 season in the Bundesliga where he scored one of the goals of the season.

Following Ingolstadt’s relegation to the second tier, Leckie signed for Hertha Berlin in the summer of 2017 and has adapted really well to the surroundings at his new club. The 27-year-old has registered 7 goals and 3 assists from 37 appearances for the German outfit.

Standing at just a shade below 6ft, Leckie has just the ideal height for a winger and he combines his pace with his sharpness and agility to create chances from the wide areas. Primarily an out-and-out right-winger by trade, Leckie can also operate as an inverted winger down the left due to his ability to cut inside with his sudden burst of pace and acceleration.

The Australian can also operate as a wide forward in a 4-3-3 formation where he likes to supply balls into the box to feed the centre-forward. He also drifts to the central areas to allow the full-backs make overlapping runs.

The 27-year-old is known for his ability to play direct football and he is never hesitant to pull the strings or put his foot through the ball from outside the box. In fact, he is a utility player who can contribute a lot to the team with his versatility and directness, and his superior aerial ability is definitely an added advantage for any team. In all honesty, he is a scorer of good goals.

To put things into perspective, Aston Villa can bag a massive coup by making a move for the talented and versatile Australian in the January transfer window. Dean Smith’s side currently sit 8th in the Championship standings with 33 points from 22 games and they need some fresh faces to boost their chances of securing a playoff spot for promotion to the Premier League. 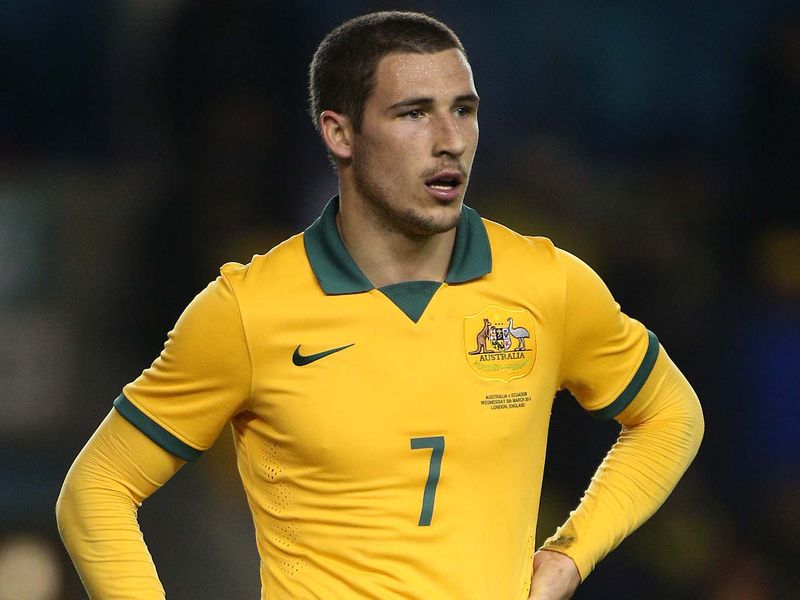 Read More: Aston Villa signing this 30-year-old West Ham outcast would be an absolute steal and Smith must do it

While Villa’s leaky backline has been one of the major causes of their demise this season, adding an experienced and versatile attacker to the squad wouldn’t be such a bad idea. Even though they have one of the best goalscoring records in the second tier this season, a player of Leckie’s calibre can be a massive boost to squad depth.

In fact, he would be the ideal man to provide cover and competition for the likes of Yannick Bolasie, Anwar El Ghazi and Albert Adomah.

The Villans should plot a move for the Australian in January to unite him with his compatriot Mile Jedinak as he ticks all the boxes to help them in their bid for promotion.