According to a report in Daily Mail, Premier League’s new boys Aston Villa are expected to make a bid for Nottingham Forest winger Joe Lolley as part of their squad enhancement plans this summer to prepare for top-flight football.

Villa manager Dean Smith has kept Lolley on top of his transfer list, but the winger could cost around £10m. (h/t Daily Mail)

The player is a fan of Aston Villa and used to watch them from the Holte End. Hence, in that regard, he wouldn’t really mind moving to Villa Park this summer. (h/t Daily Mail) The 26-year-old enjoyed the best campaign of his career when he managed to score 12 goals and supply 11 assists in 50 appearances in all competitions. He made four assists and scored a peach of a goal in Forest’s mad 5-5 draw against Villa during the season.

He signed a new deal with the club, extending his contract up until the summer of 2023 (h/t Daily Mail). But, if Villa come to an agreement with the player, then Martin O’Neill won’t step in the way and will allow the move to happen. (h/t Daily Mail)

Here’s why Dean Smith’s men should make it happen this summer:

Joe Lolley is a versatile attacking midfielder, who can play on either wing or as a number 10 behind the striker.

He played in all of those positions for Nottingham Forest during the season, epitomising his flexibility to operate in any role and do well for the team. The 26-year-old is a technically strong player, who doesn’t have many weaknesses to his game.

He is a very good dribbler of the ball, can pick out key passes, delivers inch-perfect deliveries from set-pieces and doesn’t shy away from having a pop at goal whenever the opportunity arises.

The best thing about his game is the awareness to work for the team even without possession.

Hence, Villa would be sensible to make a bid for Lolley during this transfer window. He has all the tools to light up the Premier League and make his name on the biggest of stages. 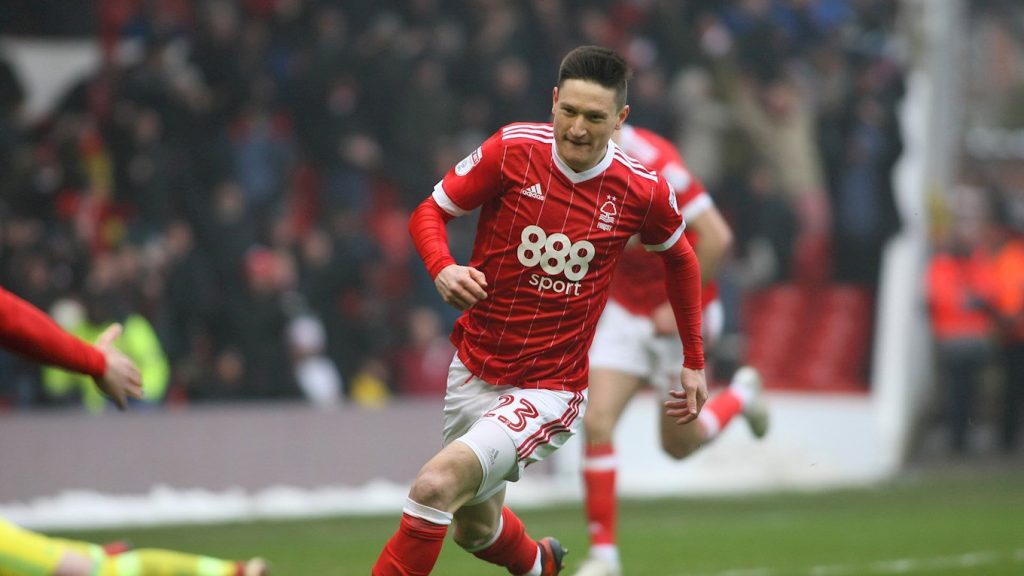 On the other hand, Dean Smith’s men have been decent going forward but are a little dependent on Jack Grealish to deliver the goods in the creation of chances.

Lolley can come in and enhance the quality of Villa’s front line in a jiffy. Being their childhood fan, the player would also love to play for the club.

Therefore, Aston Villa making a bid for the 26-year-old is destined to improve their forward line. The player could benefit from playing for the club he supports, and showcase his talent in the Premier League.