As per reports, Thierry Henry has emerged as a shock contender for the Aston Villa job if Steve Bruce gets the axe.

It comes after Villa were saved from administration by an Egyptian consortium, headed up by billionaire Nassef Sawiris, who bought a majority share. Sawiris and American financier Wes Edens have answered Dr Tony Xia’s desperate SOS to rescue crisis-club Villa.

NSWE, a company formed by Sawiris and Edens, purchased 55 per cent of Xia’s shares. The latter will become co-chairman and remain in the board.

The extent of Villa’s financial issues came to light after they missed out on promotion to the Premier League. They got relegated to the Championship in 2016, and lost to Fulham in May’s play-off final at Wembley.

Now that Sawiris and Edens have bought a majority share, they are set to call the shots on who manages the the club in the upcoming campaign, which kicks off from next month.

Steve Bruce has been at the helm of the club since October 2016 and despite lack of funds last season, he guided Villa to Championship play-off final, where they lost 1-0 to Fulham.

With the new club owners pondering a change in the managerial position, is Thierry Henry the right choice?

Henry, 40, recently left his role as a pundit for Sky Sports in order to concentrate on his coaching career. The Frenchman has been a pundit since retiring as a player at the end of 2014, a role he has juggled for the past two years with a position as assistant coach of the Belgium national team.

Henry has just returned from the World Cup where he assisted Roberto Martinez in guiding Belgium to a third-place finish in Russia. The French legend has worked with the likes of Romelu Lukaku, Eden Hazard and Kevin De Bruyne, while he has also gained massive experience assisting Martinez.

Villa are currently in a state of rut and while Bruce has done well without solid financial backing, it is time for a change. They need a young, dynamic manager with fresh ideas and attacking philosophy to stabilise the club and take them back to where they actually belong – the Premier League. 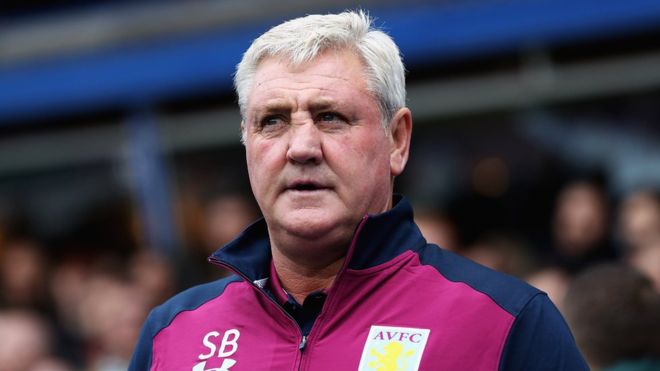 The new owners must be bold and show ambition to bring Henry to Villa Park, although the 1998 World Cup winner is yet to manage any club at senior level so far.

But Henry remains committed to his cause, finding his first challenge in the continent and due to his personality and acumen, it seems feasible that he could take over at Aston Villa and provide a promotion push for an underachieving but talented side.

If Bruce were to be sacked, Villa must take a gamble by appointing Henry. It remains to be seen if the Frenchman will be the right man to come in and erase the misery around Villa Park.