Arsenal and Spurs played out a 1-1 draw at The Emirates Stadium in London and the North London derby failed to produce the kind of fireworks everyone was expecting. Instead, it was settled by an own goal and a penalty kick. Both sides took turns to attack the opposition half and the fixture failed to take off. Arsenal dominated the first half but only had a Kevin Wimmer’s own goal to show for their efforts. Spurs, on the other hand, got back on track in the second half and started to weave a couple of attacks of their own. One of these forays into Arsenal’s box lead to a penalty conceded by Laurent Koscielny for a foul on Moussa Dembele. The penalty was dispatched by the returning Harry Kane.

Here are the Arsenal player ratings for the game –

He made crucial saves in the second half that kept out Vincent Janssen and Christian Eriksen. Was fortunate to get away with a couple of indecisive moments that could’ve spelt trouble for him.

Was an ever willing output on the right-hand side and combined well with Walcott from time to time. Was equally solid going forward and at the back. Another assured performance from the growing Spaniard.

The German had his first off-game for the Gunners. Looked incredibly shaky and was even more uncomfortable than Kevin Wimmer but had no own goal or booking to show for it. Out-paced by Son and wasn’t commanding in the air at all. 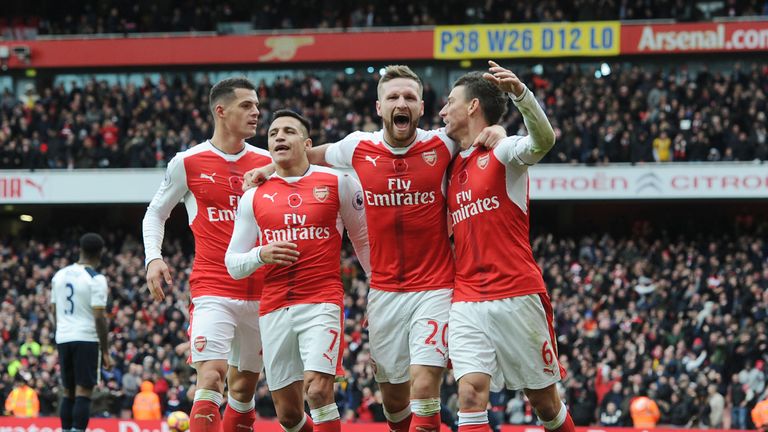 The Arsenal captain did quite well on an evening where his defensive partner, Mustafi, went to sleep on more than one occasion. Had one bad moment when he unnecessarily snapped at Moussa Dembele’s feet inside the penalty box, which gave the penalty away.

Back from injury and put in a solid performance. Did better than Kieran Gibbs in midweek. One important challenge to keep out Kane in the second half.

It was important for him to be on his game today and he was there or there about. Did well in the first half to stifle Spurs’ midfield players. Was taken off in the second half when more attacking prowess was needed.

A strong, aggressive presence in midfield. The Swiss midfielder did quite well on his return from suspension. Won the ball well and kept things moving in midfield. Did well to set up Theo Walcott for a chance but the shot came off the crossbar.

One special first-time effort that struck the crossbar. Otherwise did well on his return from injury. Linked up well with fellow attackers.

The German was involved in all of Arsenal’s best attacks. Produced great shape on the free-kick for Wimmer’s own goal. Had a couple of goal scoring opportunities but couldn’t add to his recent goal rush. 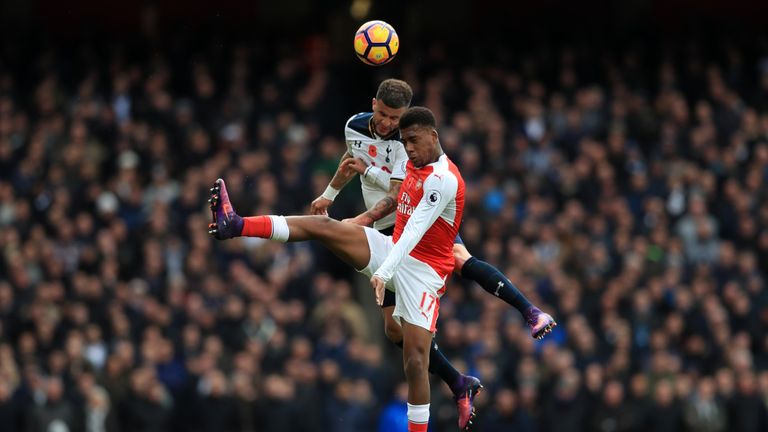 Another sub-par performance from the Nigerian youngster. People will start to question Wenger’s persistence with the young talent. Had an incredible chance after being set up by Alexis but hit the shot straight at Lloris.

Alexis didn’t have one of his best nights as he failed to impose himself. Spurs had numbers at the back and this thwarted out the Chilean’s efforts to impact the game more.

The Welshman is being eased back into the team after an injury. He was desperately missed in midfield.

Giroud couldn’t make the kind of impact he did against Sunderland after coming off the bench. Had a couple of efforts saved by Lloris.

Didn’t have the kind of impact he’d have liked to. Gave away unnecessary fouls and was brash during his stay on the pitch.