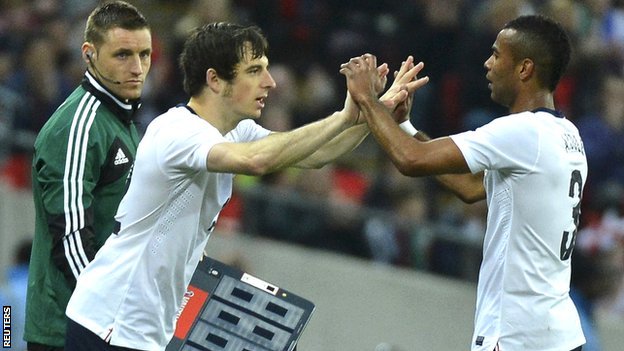 The FIFA World Cup 2014 starts in just about six months’ time, and yet the debate rages on as to who should start as England’s first choice left back in Brazil. Chelsea’s Ashley Cole has been a fantastic servant for the national side over the years and now is the most capped fullback for the Three Lions with 106 caps. However, at 33, the Stepney-born Cole is no longer a spring chicken, and has been plagued by niggling injuries in recent seasons.

On the other hand, Liverpool-born Leighton Baines has been at the doorstep of the national team for the last 3-4 years, but has failed to establish himself as first choice owing to the reluctance of Fabio Capello and then Roy Hodgson to displace Ashley Cole from the team. The 29 year old Everton defender is entering the peak years of his career, and it will be his best chance to make a mark on the international scene.

It remains to be seen who Roy Hodgson gives the #3 jersey when he announces the squad later this year, but we can look at some of the numbers and try to see who among the duo deserves the starting berth. Now, lets compare their defensive and offensive contribution.

The first and foremost task of a defender is to ensure that his side keeps the opponent at bay as far as possible. With that in mind, if we look at the defensive contributions of the duo in the Premier League over the last two seasons, we come up with the following numbers:

The numbers that stand out are Baines’ awesome tackling compared to Cole, as well as a consistently high defensive action per Premier League appearance. For a defender who has made 92 tackles, coming out with almost 80 % success is almost incredible, and suggest great tenacity on the part of Baines. Cole is not only left behind in terms of tackling success but he also makes far fewer tackles.

One of the areas where Cole outshines Baines is in the headed duels part, where the Cole has won more duels, with a higher success rate. Cole also committed a lot less fouls last season compared to Baines. However, Baines has improved a lot this season and averages just about a foul every two games. Cole also has a better disciplinary record than Baines, albeit marginally.