According to a report in the Sun, Premier League giants Arsenal have made Genk winger Leandro Trossard their top summer target, provided Denis Suarez fails in his loan spell. Unai Emery is expected to receive a tight budget of £40m should the Gunners fail to qualify for next season’s Champions League.

Trossard is rated at around £22m, hence, the price fits into the financial resource of the north Londoners. The report says that Arsenal could make a close-season move to get the Belgian over the line at the Emirates.

It is suggested that Emery wants to bolster his attacking options, chiefly in the wide areas, and the Spaniard has been interested in Trossard since November of last year. (Sun)

Here’s why the Gunners shouldn’t think twice about signing the 24-year-old:

Trossard’s quality and attributes would help a lot

Predominantly a left winger, Leandro Trossard is capable of operating as a second striker and as a number 10. He possesses a pace of high order to make runs in behind the defence and cause mayhem in the wide areas. His dribbling is right up there as well, attracting defenders and getting past them to create space for a shot or a cross into the box.

The 24-year-old has a delicious right foot with which he cuts inside from the left channel to have a pop at goal or link up with the attacking midfielder to create an opportunity. His passing too is very impressive, making him a dangerous customer in the wide areas.

On the other hand, the Belgian is not bad when it comes to keeping his width and making the pitch wide for the defenders.

Arsenal need someone like Trossard in their squad ahead of next season. Currently, they only have Alex Iwobi as an out-and-out-winger. Other than that, Pierre-Emerick Aubameyang, Henrikh Mkhitaryan and Mesut Ozil have been tried out wide, but the impact has been low. 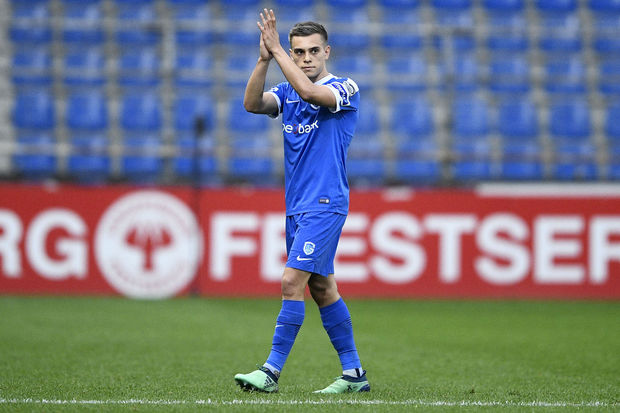 Hence, the Gunners must spend the money on the 24-year-old and his signing should not hinge on the whereabouts of Denis Suarez’s form. Trossard has something in his locker and he will enhance the quality of their front-line.

The Belgian is still relatively young and would have a lot to learn from a manager like Unai Emery. The Spaniard prefers to work with prodigious talents and make them world-beaters in due course of time.