His time at Sevilla and now at AS Roma has shown exactly what Ramon Rodriguez Verdejo can do for his team, but the question for Arsenal is if he can usher in a new era.

The Gunners appointed Sven Mislintat with the idea that the super-scout would do exactly that but issues over his role at the club have caused him to leave for good, with his last day being the 8th of February.

The former Borussia Dortmund star has been influential at the club and was crucial in adding Pierre-Emerick Aubameyang, Matteo Guendouzi, Lucas Torriera and even Sokratis Papastathopoulos.

Now with Arsenal without a head scout or even a technical director, the Daily Mail and the Independent have reported that the Gunners have shortlisted both Monchi and former Gunner Marc Overmars as their top choices for the job. 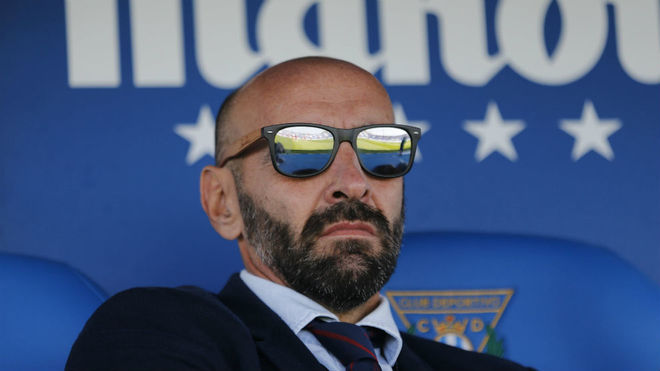 However, the solution should be, without a doubt, the AS Roma Sporting Director, with few people able to come even close to replicating what he does for Roma. Monchi’s history alone makes him a great option, with the 50-year-old playing a massive role in helping Sevilla rise from the ashes of relegation and back into contention for La Liga title.

The La Liga side faced a financial crisis when Monchi was appointed back in 2000 but under his tutelage as Sporting Director, they returned to the La Liga and flourished. Moreover, the club won three consecutive Europa League titles, three Spanish Cups, a UEFA Supercup and many other accolades.

But for Arsenal, it’s the players he signed that should interest the board, with Monchi’s list of greatest signings including the likes of Dani Alves, Ivan Rakitic, Carlos Bacca, Julio Baptista, Luis Fabiano and so many others.

The 50-year-old did all this with a meagre budget, with Monchi showing exactly what he can do with a slightly higher budget at AS Roma. For Arsenal, given that the club does have a shoestring budget of around £45million, the Spaniard can work wonders with it and while Overmars is a good option, few Sporting directors are as good as Monchi is at scouting.

However, given that Manchester United are also on the lookout for a Sporting director, things could get rather competitive soon, but Arsenal must win the race. If they fail to do so, given their business model, there are very few people in the world can help the Gunners flourish.