Serie A club Sampdoria’s president Massimo Ferrero has revealed that Lucas Torreira has left the club, amidst strong interest from Arsenal.

Torreira, 22, joined Sampdoria in 2015 from Pescara and has made 74 appearances for the Italian club. The midfielder is currently on international duty with Uruguay at the ongoing World Cup in Russia.

As far as Arsenal are concerned, new manager Unai Emery is keen to sign Torreira after landing Stephan Lichtsteiner on a free transfer from Juventus earlier this month. The Gunners have also roped in Germany international goalkeeper Bernd Leno from Bayer Leverkusen.

Torreira’s arrival at Arsenal is just a matter of time, so here’s a statistical comparison between the Uruguayan and Manchester United’s Paul Pogba.

To start with, Pogba and Torreira are completely different kinds of midfielders. Pogba is a midfield powerhouse, who runs the show by using his sheer power, combined with his creativity. Torreira, on the other hand, is a defensive midfielder, who controls the flow of a game. 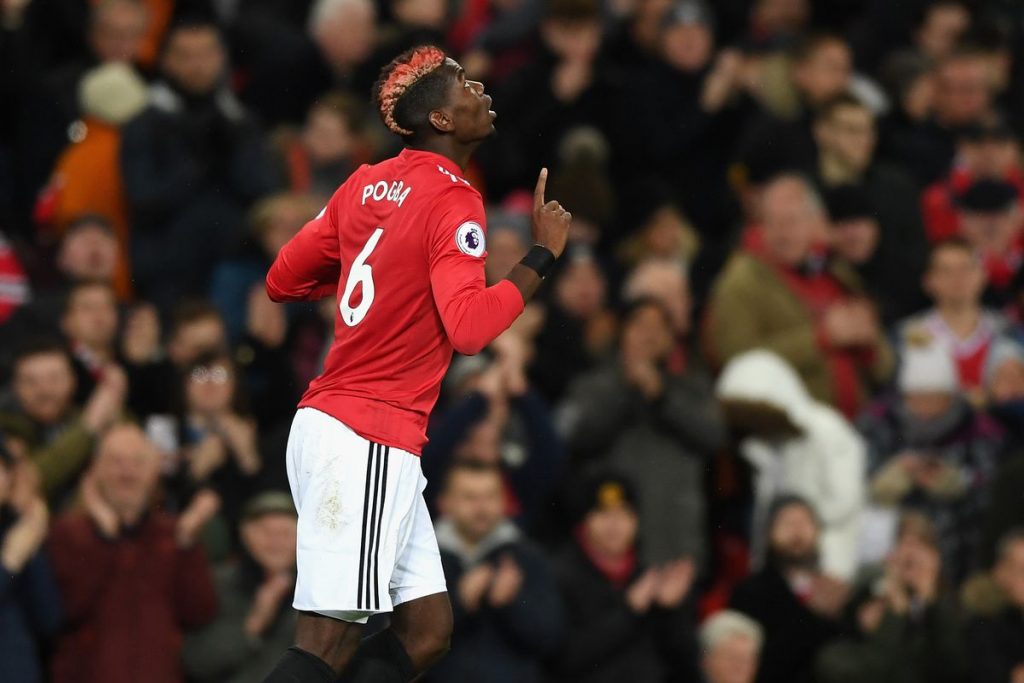 Last season, Pogba played 27 Premier games for Manchester United, while Torreira made 33 appearances for Sampdoria in Serie A. Starting with the number of total passes, Pogba made 1622 passes in comparison to Torreira’s 1993 last term. The French midfielder enjoyed an 85% pass completion rate which is less than the Uruguayan’s 87% accuracy.

Mourinho’s midfield enforcer provided 10 assists in the league this season, compared to Torreira’s one. While Pogba scored six goals, Torreira found the back of the net four times – a healthy return for a defensive midfielder.

Pogba isn’t a defensive midfielder by any means and the numbers show he rarely performed the defensive duties which his manager Jose Mourinho wants from every player. Pogba had a 73.47% successful take-on and made just 19 interceptions in the 2017/18 campaign. 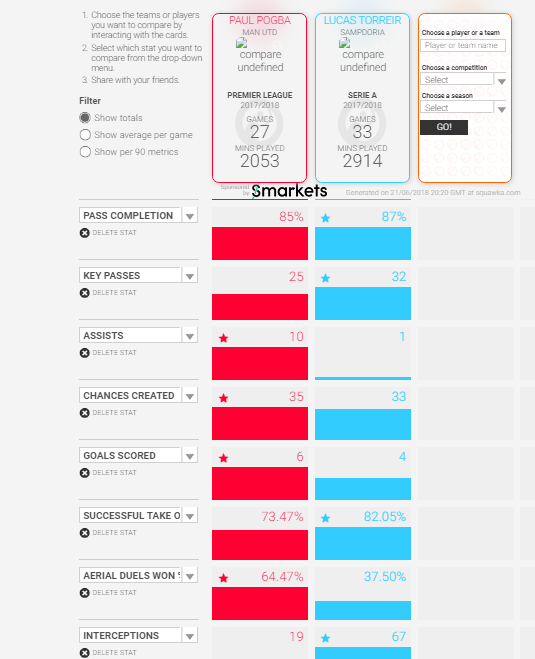 Torreira, in comparison, enjoyed 82.05% successful take-on and made 67 interceptions. On the disciplinary front, Torreira received six yellow cards in Serie A last season, compared to Pogba’s 4 in the Premier League.

These mini-statistics give an idea as to what kind of players both Torreira and Pogba exactly are. At Sampdoria, Torreira was expected to sit back and protect the back-four, while Pogba is a creator from the midfield at United. Hence, there are vast differences in their style of play, approach and character.

Arsenal’s imminent new signing looks extremely promising, despite the lacking the traditional height and stature needed to compete in the Premier League. Torreira is only 22 and has plenty of time to improve and develop. And for €30m, Arsenal have done great to sign a player of Torreira’s calibre.