Why Calum Chambers must accept a loan deal and join Fulham

Arsenal defender Calum Chambers is set to have a medical at Fulham after Arsenal agreed to let him move to Craven Cottage, reports the Daily Mail.

Chambers, who signed a new four-year deal with the Gunners in July, is expected to sign on a season-long loan. Should he join Fulham, the 23-year-old will become the club’s seventh signing of the summer as Slavisa Jokanovic aims for a strong Premier League campaign.

The Cottagers recently signed Alfie Mawson from Swansea City but the defender is set to be sidelined until the end of September. Mawson’s absence for the start of the new season could see Chambers straightaway slot into Fulham’s central defence.

Chambers, who made just 12 Premier League appearances last term, can cover a lot of positions and would be a valuable addition for Fulham. Unai Emery has done the right job by allowing Chambers to leave the club for Fulham as he might not receive enough game time. But didn’t Emery insist the defender would be a part of his plans this season?

Indeed he did. That makes Emery’s decision to loan out Chambers very puzzling. Of course, things can change in the blink of an eye when it comes to transfer deals, but by allowing the 23-year-old to leave on loan has left Arsenal thin as far as the defensive options are concerned.

Nonetheless, Chambers should grab the opportunity with both hands and look to deliver the goods at Craven Cottage. He is composed in possession and comfortable in bringing the ball out of the back – two qualities that would have enticed Jokanovic. 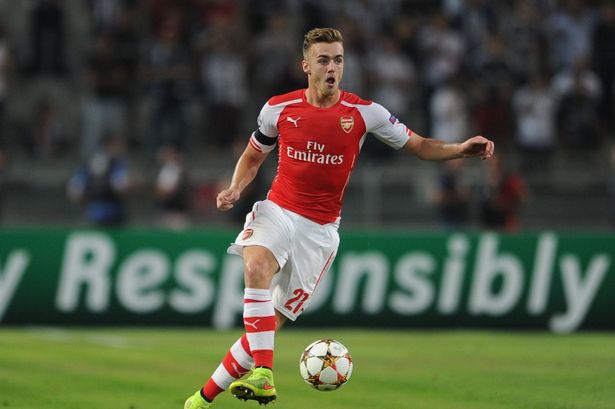 It is a blow for Fulham to miss their new arrival Mawson for the start of the season but Chambers, an accomplished ball-playing centre-back, could be a really useful player.

Once Mawson returns to fitness, Chambers could form a strong centre-back partnership with the former Swansea man as they did so for the England U21s in the European Championships in 2017 in Poland. The duo certainly has the potential to establish a strong Premier League partnership, especially if their U21 Euro campaign was anything to go by.

Chambers can largely benefit from the loan spell at Fulham. The England international, who can also play at right-back or as a holding midfielder, will be hoping to get his career back on track at Craven Cottage.

Read more: 3 goals and 2 assists – This 27-year-old midfield ace could be a brilliant signing for Fulham

Chambers could get some good game time under his belt and still become a regular in the Arsenal side next season. At 23, he should be playing regularly and joining Fulham on loan is the right move for the player.