Arsenal might have won their 7th game of the Premier League on Saturday with style, having emphatically put Sunderland to the sword at the Stadium of Light, but Wenger would sure have selection and tactics headaches following the brilliance of 2 of his forwards, Alexis Sanchez and Olivier Giroud.

Sanchez put the visitors ahead in the first half as his goalscoring exploits as a makeshift centre-forward continued. With the scores pegged at a goal apiece after Sunderland got an equalizer from the spot with some 25 minutes to go, Wenger brought in Olivier Giroud, and the Frenchman immediately restored the Gunners’ lead with his first touch upon coming on.

He sealed the victory 5 minutes later with his 2nd touch, as he thumped in a powerful header from Ozil’s corner. Sanchez, who had dropped back to the left flank, however, wasn’t done, and he put the cherry on top of the cake with his 2nd goal of the game.

The goal was his 5th of the season in the league, and the Chilean forward has now had a hand in 8 goals for the club in his last 8 Premier League games (3 assists and 5 goals).

With his 2 strikers having put up 1 of the best-attacking displays from Arsenal this term, is it time for a change in lineup?

Sanchez has played chiefly as the team’s striker with Giroud’s lack of fitness and injury since the season started, and his performance has been met with widespread acclaim and approval. 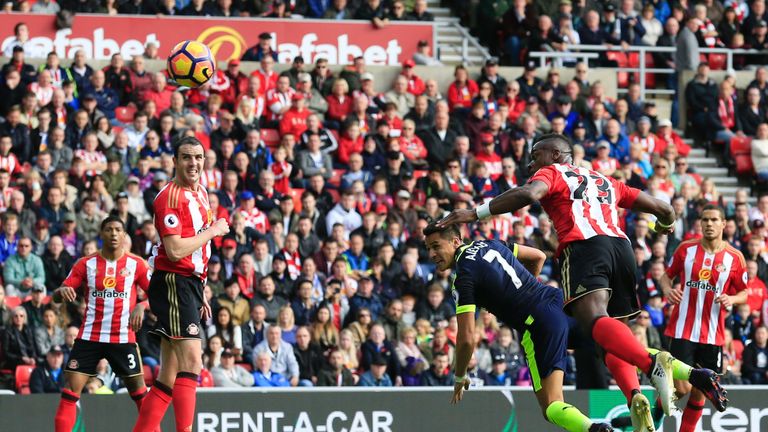 Up until the Sunderland game, the 27-year-old had been involved in 7 of Arsenal goals, having scored 4 times and created 3 assists. His mobility and ability to drop deep, and to the flanks to pick up the balls has helped solidified the team’s attack. The Gunners have been very fluid in attack, and has become more dangerous on the counter, all down to Sanchez’s new position.

The opening goal at the weekend saw Arsenal string 22 passes together, with every team member, bar 1 touching the ball before Alexis converted his header from Chamberlain’s cross. Such build-up displayed a level of patience and ball-playing system the team has developed, perhaps, partly down to Sanchez’s ability to roam freely across the pitch.

While concluding that he is a better number 9 than Giroud might be too early a thing to do, however, his numbers and overall contributions to how lethal the team’s foray into the final third has been a proof that he might do a great up frontront for the team that being on the flanks.

Giroud’s inconsistency has been his sole weakness, hence, his division of opinions every now and then. Arsenal’s failure to win a trophy in recent seasons has been pegged down to their lack of a complete finisher upfront, and the France international just doesn’t tick all the boxes.

While it would be nice for Wenger to give him the benefit of the doubt for the umpteenth time, taking such gamble once more just doesn’t cut it. Arsenal’s failure to pick up a title since Giroud arrived is down to the club’s failure to land a better replacement upfront.

And now that they have gotten 1 in Sanchez, there is no need to disrupt their fine run by bringing the French striker back into the starting XI. As proved at the Stadium of Light at the weekend, he might just better off the bench as a super-sub. Wenger should continue to deploy Sanchez up front if their title dreams are to ever come true.