Arsenal are chasing a top-four finish in the Premier League in Unai Emery’s first season in charge of the club. The Gunners, who have raised their game for the big occasion of late, secured all three points by beating their London rivals Chelsea 2-0 at Emirates Stadium last weekend.

However, the long-term injury to Hector Bellerin took off the shine of Arsenal’s victory over Chelsea at the Emirates. Bellerin ruptured one of his cruciate knee ligaments and will miss the remainder of the season, ruling him out for the start of the 2019-20 campaign as well.

But this is far from the first injury that Unai Emery’s side has faced this season. In addition to Bellerin, central defender Rob Holding will miss the rest of the season after tearing his ACL against Manchester United in December, while striker Danny Welbeck is out for the season with a broken ankle suffered in November.

Not to forget the likes of Nacho Monreal, Henrikh Mkhitaryan, Mesut Ozil, Stefan Lichtsteiner and Konstantinos Mavropanos have also spent their fair share on the treatment table. 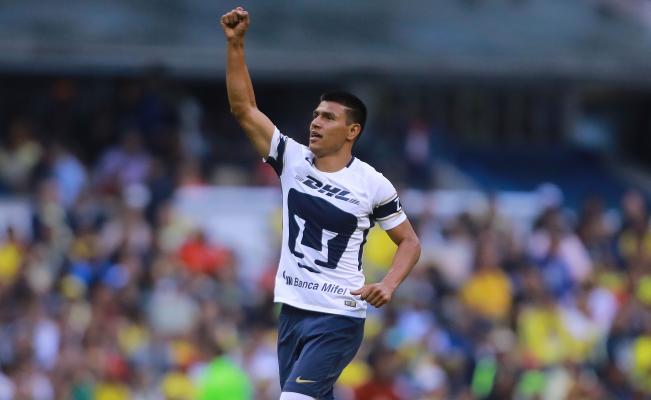 Truly, injuries to key players in key situations have hit the Gunners badly, disrupting their momentum that once made their position in the top four secure. Emery has said Arsenal will only be able to sign players on loan this month, so who could he bring in before the end of this month?

One area Emery must prioritise addressing is the defence, which hasn’t been convincing at all this season. The left-back position needs a long-term solution with Nacho Monreal out of contract at the end of the season and Sead Kolasinac being unreliable defensively.

The Gunners could do well with a new left-back and Monterrey star Jesus Gallardo should fit the bill perfectly at the Emirates.

Jesus Gallardo, 24, had a solid World Cup last year with Mexico that saw him seal a summer move to Monterrey from Pumas. He has enjoyed a really good debut season with Monterrey so far, managing 4 goals and 2 assists in 24 league games.

Primarily a left-winger, the Mexican is equally adept at playing at left-back and has done an admirable job in that position many times this season. Jesus Gallardo is an attack-minded player who loves to move forward and contribute to the team’s attacks as much as he can.

Excellent in the tackle and composed in possession, the 24-year-old is also a good reader of the game and has the ability to unlock defences with his quick feet, trickery, vision and accurate shooting.

Read more: Who is this 24-year-old Belgian eager to switch to the Premier League with Arsenal? All you need to know

To put things into perspective, Jesus Gallardo would be a solid signing for Arsenal as the north Londoners are in dire need of bolstering their squad. The Mexican has already shown a lot of potential in his native and he fits the criteria of a young and promising player to provide cover and competition for Monreal and Kolasinac.