Arsenal opinion: Gunners should revive their interest in Leroy Sane

According to a report from Fox Sports Asia, Manchester City stars Leroy Sane and Gabriel Jesus have asked to leave the club in the summer. The duo apparently want out of the club after being snubbed for much of the Champions League defeat to Tottenham Hotspur.

Manchester City signed Leroy Sane when he was just 20 years old, back in 2016 for a whopping £37million fee. The German international has since played 129 games for the Cityzens, scoring 38 goals and providing 45 assists in all competitions.

Sane was a star in City’s record-breaking title win last season when he was directly involved in 33 goals in 49 appearances across all competitions but the German’s game time has surprisingly been limited this season.

The 23-year-old has started just 20 games in the Premier League so far, with Raheem Sterling and Bernardo Silva clearly ahead of him in the pecking order.

Sane featured for just 7 minutes across both legs against Tottenham despite, being involved in 7 goals in the previous 3 games in the competition. 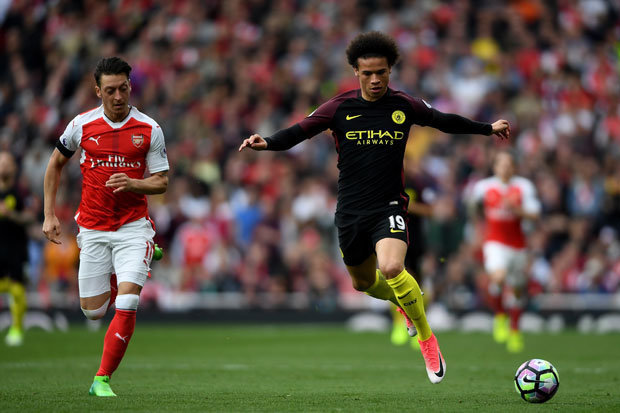 The report reveals that this has caused Sane to consider his position at the club and he now wants to leave in the summer. A player of Sane’s quality will have a number of suitors if he does end up in the market and one club who should make a move for him is Arsenal.

The Gunners were linked with a move for the talented winger back when he was at Schalke in January 2016. However, a move could not be completed and Sane made the big money switch to the Etihad later that year.

Arsenal could really do with a winger of Leroy Sane’s calibre and they should have the German high up on their list of summer targets if he was to be made available by Manchester City. Arsenal have struggled with their wide players, with just Alex Iwobi being their natural winger.

The likes of Mesut Ozil and Henrikh Mkhitaryan have been deployed in that role and have done very well there but the duo’s tendency to drift inside has limited the width in Unai Emery’s system.

Leroy Sane would comfortable solve Arsenal’s issue on the wings and with the German’s ability to be able to play on either flank, Unai Emery will have different options in terms of team selection next season.

Arsenal will have a superstar in their hands if they manage to sign Leroy Sane in the summer. The German is a proven product in the Premier League and has the quality to single-handedly change games for the Gunners, as they look to challenge for the title next season.