According to a report in Sun Football, Arsenal are ready to pounce on signing Burnley keeper Nick Pope in the summer window. The England World Cup player was the number one for the Clarets last season, but has lost his place since dislocating his shoulder in the early months of this campaign.

Tom Heaton is now first-choice under Sean Dyche, with Joe Hart acting as a number two. As a result, the 26-year-old hasn’t played a single league game. Burnley manager admits that one of the three keepers will have to leave in the summer, and suggestions are that Pope’s name is on the exit list. (Sun)

The Englishman was linked with a move to Tottenham, but the resurgence form of Paulo Gazzaniga meant Mauricio Pochettino is happy with his two goalkeepers in the squad. (Sun)

Here’s why Arsenal should grab this opportunity with both hands and sign Nick Pope in the summer window:

Arsenal’s need of a number two and Bernd Leno challenger

Arsenal have two goalkeepers for the current season – Bernd Leno and Petr Cech. However, the latter has announced that he will retire at the end of this season, ending his successful career. Hence, ahead of the start of next season, Unai Emery will have only have Leno as his keeper, with no back-up or no one to challenge the German for his place in goal.

For that reason, signing Nick Pope would be ideal. The Burnley keeper is a fantastic shot stopper who is decent enough to play out from the back and will learn it better by playing under Emery. The 26-year-old has good reflexes and does spread himself well when it comes to one-on-one situations with the attacker. 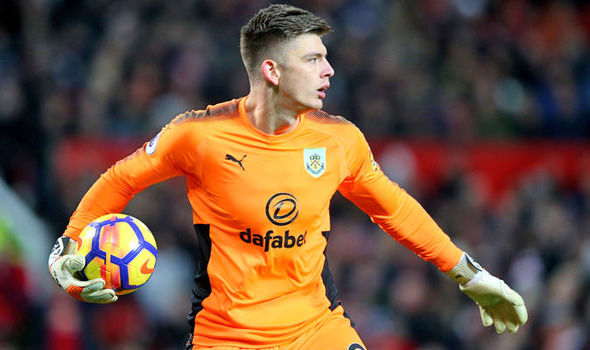 His height (191cm) helps him to cover a large portion of goal while diving to make saves. All in all, the Englishman is more than just a decent keeper, and would be a fantastic number two for the Gunners.

Looking at the situation from the player’s viewpoint, he is not even making the bench at Burnley, that means even if the first-choice keeper has a bad patch or gets injured, there is someone else ahead of him to take that place.

However, at Arsenal, since Cech will no longer deputise Leno, and David Ospina’s future a mystery, Pope could have a better chance of playing more games and challenge the first-choice keeper. That being said, the Gunners shouldn’t hesitate in signing the 26-year-old in few months time.