Why Arsenal must rival Liverpool for signing James Forrest

According to the Irish Sun, Liverpool are weighing up an £8m January swoop for Celtic star James Forrest.

James Forrest, 27, is a key man of Brendan Rodgers’ Celtic side and has scored an impressive 11 goals in 34 appearances this season. The Scottish wide-man, who is under contract at Parkhead until 2022, has arguably been Celtic’s best player this term.

The 27-year-old’s dazzling performances have caught the attention of Liverpool as Jurgen Klopp aims to win the Premier League title for Liverpool for the first time in 29 years. But Arsenal should try and enter the race for the signature of James Forrest.

Arsenal have been extremely poor of late and suffered a disappointing defeat in their last encounter against West Ham at the London Stadium. The defeat at West Ham saw them lose ground in the race for a top-four spot but most importantly, the Gunners have let Manchester United come level. 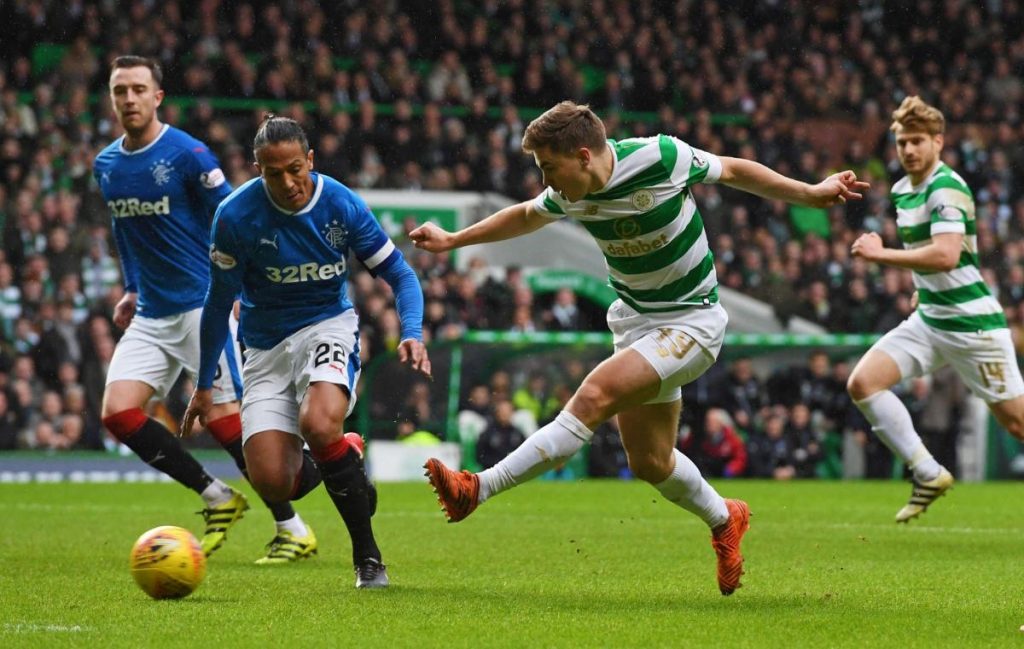 Unai Emery has come under severe criticism for his decisions in the last few games, while injuries to key players have not helped Arsenal’s cause either. What’s gone is gone now but in the upcoming games, Emery needs to make wise decisions regarding his team selections and tactics.

Not to forget, the Spanish manager should also take a dip in the transfer market and add a winger to his squad.

James Forrest would be an excellent addition to Emery’s Arsenal. The Scotsman could easily fill the void on the wing and would also put in a shift as a wing-back when required.

The 27-year-old is an explosive, high-flying forward, blessed with quick feet and searing pace. When on song, not many can cope with his pace and energy, while his unpredictability in the final third makes him an asset for the team.

Forrest would definitely give the Gunners the cutting-edge in the attack they have lacked in the last couple of months. Not only can he create chances and score goals but his work-rate and desire to track back to help his team while defending would make him a proper fit for Emery.

Read more: Arsenal simply cannot afford to let go of their £70,000-a-week when they sign La Liga star – here’s why

At 27, the Scottish international is playing at the peak of his powers and if Arsenal can beat Liverpool to sign him this month, it would definitely represent a brilliant addition for Emery.