According to the Sun, Arsenal are set to battle it out with Real Madrid for the signing of Flamengo’s latest sensation Reinier Jesus in the summer.

The report reveals that the 17-year-old has a staggering £60.5million release clause at the Maracana Stadium despite not having made a single senior appearance for Flamengo yet.

Jesus has captained the Brazilian under-17 side and has scored 5 times in 9 games for them so far. The teenager also impressed massively in the South American Under-20 Championships earlier this year, which has alerted big names such as AC Milan, Arsenal and Real Madrid.

The Brazilian’s performances have led the fans to compare him with one of the best players of all time in Kaka, but Jesus has idolized another legend of the game in Zinedine Zidane, who ironically is Real Madrid’s current manager.

The report reveals that the Gunners are not fazed by the Galacticos’ interest in him and are readying up an offer to sign the player in the coming days but who is Reinier Jesus? Let’s find out.

The latest among a lot list of extraordinary players produced by Flamengo, Reinier is destined for greatness if he can keep his head down and work hard. Naturally an attacking midfielder, he thrives in a free role and is dangerous in almost any area of the pitch.

Jesus loves the ball at his feet. The teenager is often seen dropping deep well into his own half to receive possession and with the ball, he has the ability to carry it from one end of the field to another.

He is immensely gifted technically and like most Brazilians, he possesses flair on the ball, which is an absolute joy to watch.

His ability to drag defenders with him to make space for his teammates has proved to be hugely effective and his ability to pick a pass out from the unlikeliest of angles makes him a player to watch out for in the future. 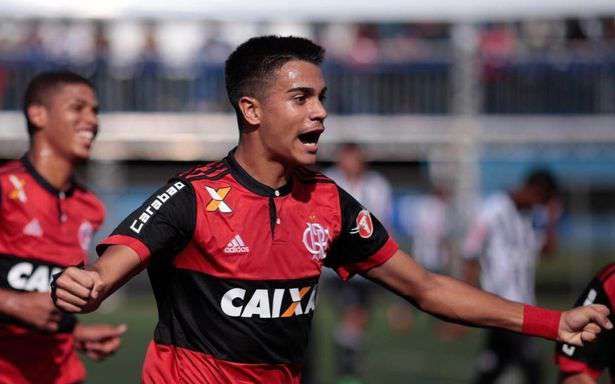 The main trait of Jesus that stands out is his composure. The teenager is never fazed under pressure and he is almost always seen taking his time on the ball. His quick feet allow him to get away from defenders when cornered and his calmness in front of goal makes him a real gem.

Reinier is still a long way away from reaching his full potential but his performances have shown that he has it in him to become a top player in world football in the coming years.

Arsenal cannot possibly go wrong in signing him and with the club’s vast history of developing young players into world beaters, Jesus should be excited about the prospect of a switch to North London.