Why Kevin Malcuit would be a brilliant addition for Arsenal

According to a report from France Football, Arsenal have made an approach for Napoli right-back Kevin Malcuit.

Kevin Malcuit, 27, joined Napoli from Lille last summer for €11m and has nailed down a regular place in Carlo Ancelotti’s side, managing 12 Serie A appearances this season.

Arsenal’s interest in the French full-back comes after they lost Hector Bellerin for the rest of the season. Bellerin injured his left knee during his side’s 2-0 win over Chelsea at the Emirates earlier this month in the Premier League, leaving the field of play on a stretcher.

The Spanish right-back’s season-ending injury has seen him join the likes of Rob Holding (ruptured anterior cruciate ligament) on the treatment table and Unai Emery’s resources at the back have become somewhat stretched.

Now, Unai Emery is left with Stephan Lichtsteiner, Ainsley Maitland-Niles and Carl Jenkinson as the current options in the right-back position. Also with Laurent Koscielny and Sokratis Papastathopoulos on the treatment table, Emery desperately needs to bring in defensive reinforcements before Thursday’s deadline.

Kevin Malcuit would fit the bill perfectly under Emery at Arsenal. The Frenchman is a typical modern-day full-back as he likes to play up the pitch, and can even turn out as a wide midfielder when required. He is blessed with good dribbling skills, pace and an abundance of energy, and one can understand why Emery is interested in the player.

Emery likes his full-backs to provide an attacking outlet, and we often see the likes of Sead Kolasinac and Maitland-Niles spending most of their time in the opposition half. Kevin Malcuit is pacey, agile, and also possesses the physical abilities to adapt to the demands of the Premier League. 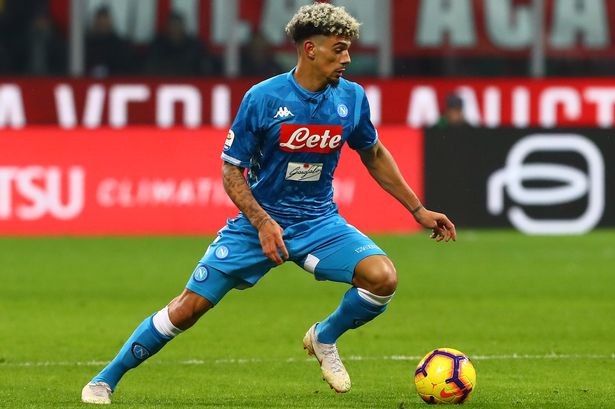 Therefore, the former Lille and Saint-Etienne man won’t take much time to get to terms with the physicality of the Premier League. From Arsenal’s point of view, they’ll get an attacking right-back who can hit the ground running instantly after arriving in north London.

Read more: Who is this former Emery protege wanted by Arsenal? Another outstanding find by the Gunners?

Hopefully, for Emery, Malcuit turns out to be an ideal replacement for the crocked Bellerin, helping Arsenal achieve a top-four finish this season.