Arsenal went through to the finals of the Europa League after a 4-2 riot on the night, 7-3 on aggregate, against Valencia at the Mestalla on Thursday.

The hosts started off on the front foot at a deafening Mestalla as Nacho Monreal saw the ball bounce over, which gave Gameiro a sight of goal. But the Spaniard recovered well to win the ball back.

Valencia had the first big chance of the game after Gameiro was found on his run in behind on the left, whose cross found Gaya. But Monreal headed it out for a corner.

However, Valencia opened the scoring in the 11th minute after Ainsley Maitland-Niles was caught out on an attack of his own, which saw Rodrigo run into an open left flank. His cross was tapped in by Gameiro to pull a goal back for the hosts. 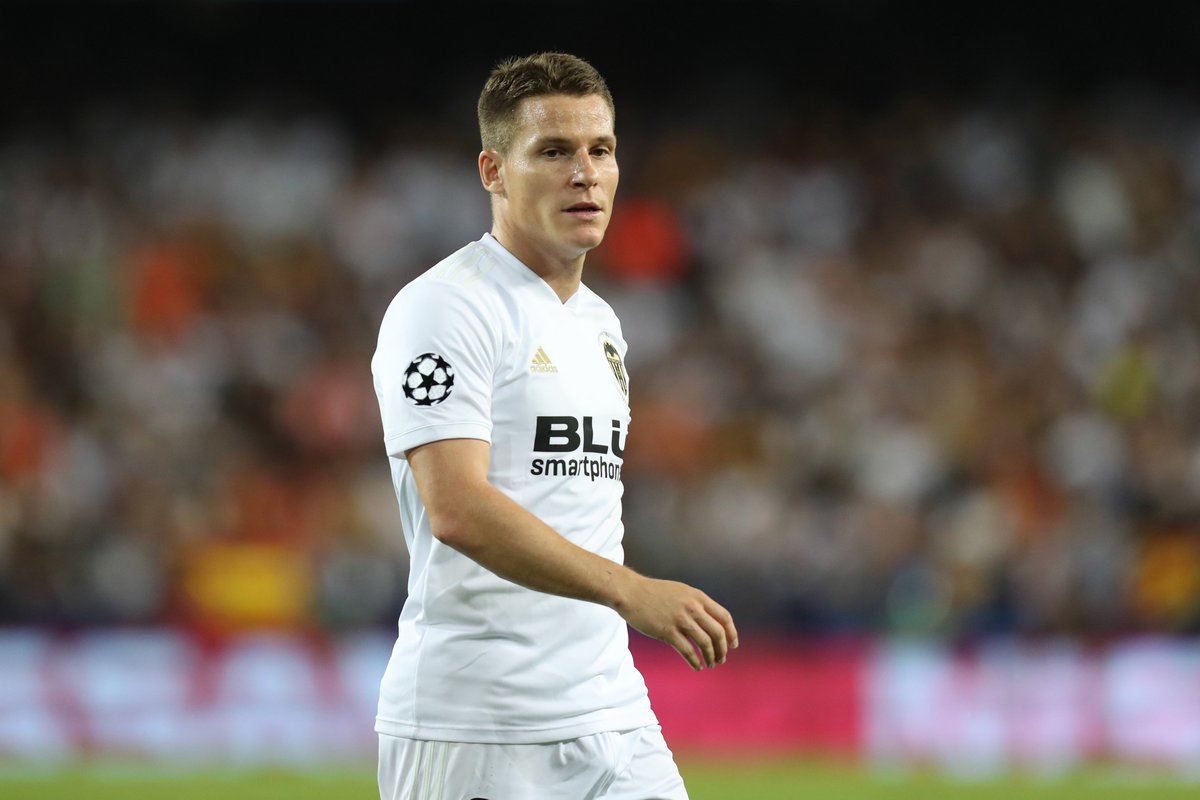 Unai Emery’s side looked shell-shocked as the Mestalla erupted to their side’s huge opener. Valencia had a huge chance to double their lead just moments after their first, after Rodrigo had a shot at goal blocked by his own man – Kevin Gameiro.

Arsenal got on their first real attack in the 17th minute and that turned out to be the away goal that they wanted. Alexandre Lacazette won a second ball in the air and Aubameyang took it in his stride and buried it with the outside of his right foot. A beautiful goal there by the Gabonese star.

The goal was completely against the run of play but it eased the pressure off of the Gunners, whose travelling fans’ voices were heard for the first time since the start of the game. 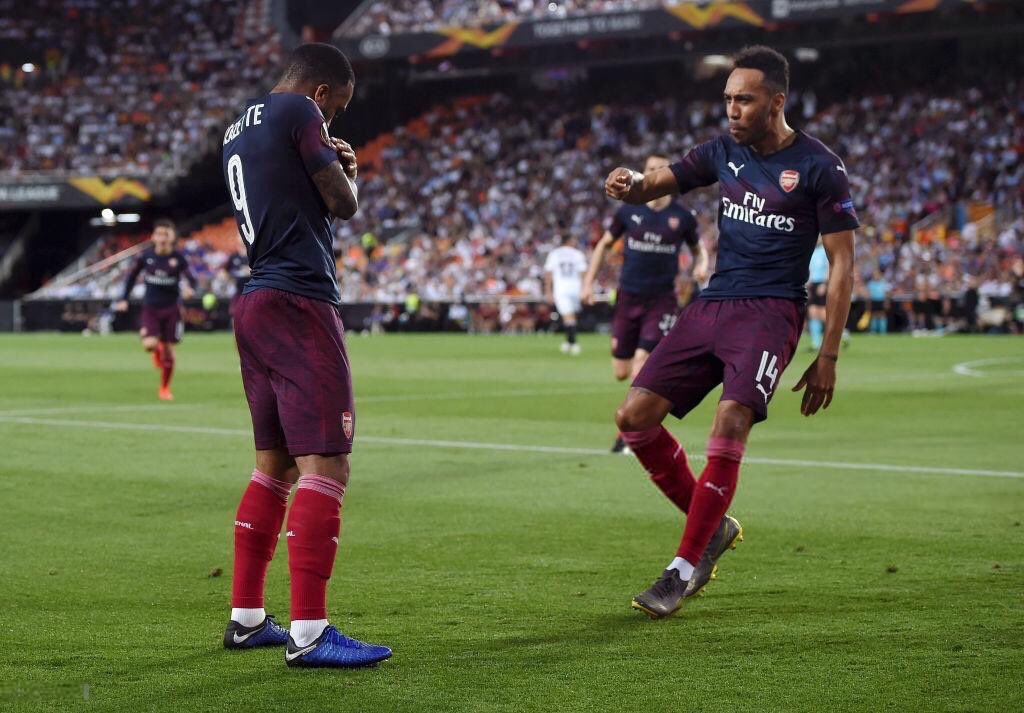 The goal quietened down the action but Arsenal allowed Valencia to dominate the possession as they looked to hit them on the counter-attack. Lucas Torreira conceded a foul near the box and the resultant freekick from Parejo went inches wide.

Arsenal had a golden chance to kill the tie after an amazing run by Aubameyang down the right flank. The Gabonese pulled it back to Lacazette, whose shot skimmed off the post.

The Gunners kept the ball well for the next few minutes as Valencia struggled to have any meaningful impact on the game before the end of the half. 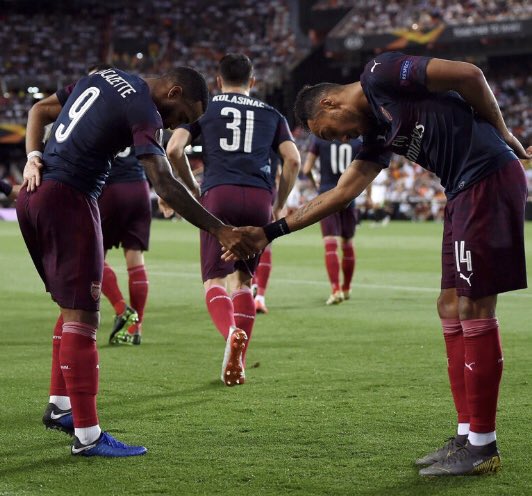 Both teams went into the break with the score at 1-1 on the night and 4-2 on aggregate.

Valencia earned a corner early in the second half, which was taken short. Piccini had a pop from the edge of the box but it struck Francis Coquelin and went out for a goal-kick.

Arsenal scored their second goal on the night after Lucas Torreira fed Alexandre Lacazette in the box, who turned under pressure before beating Neto at the far post. 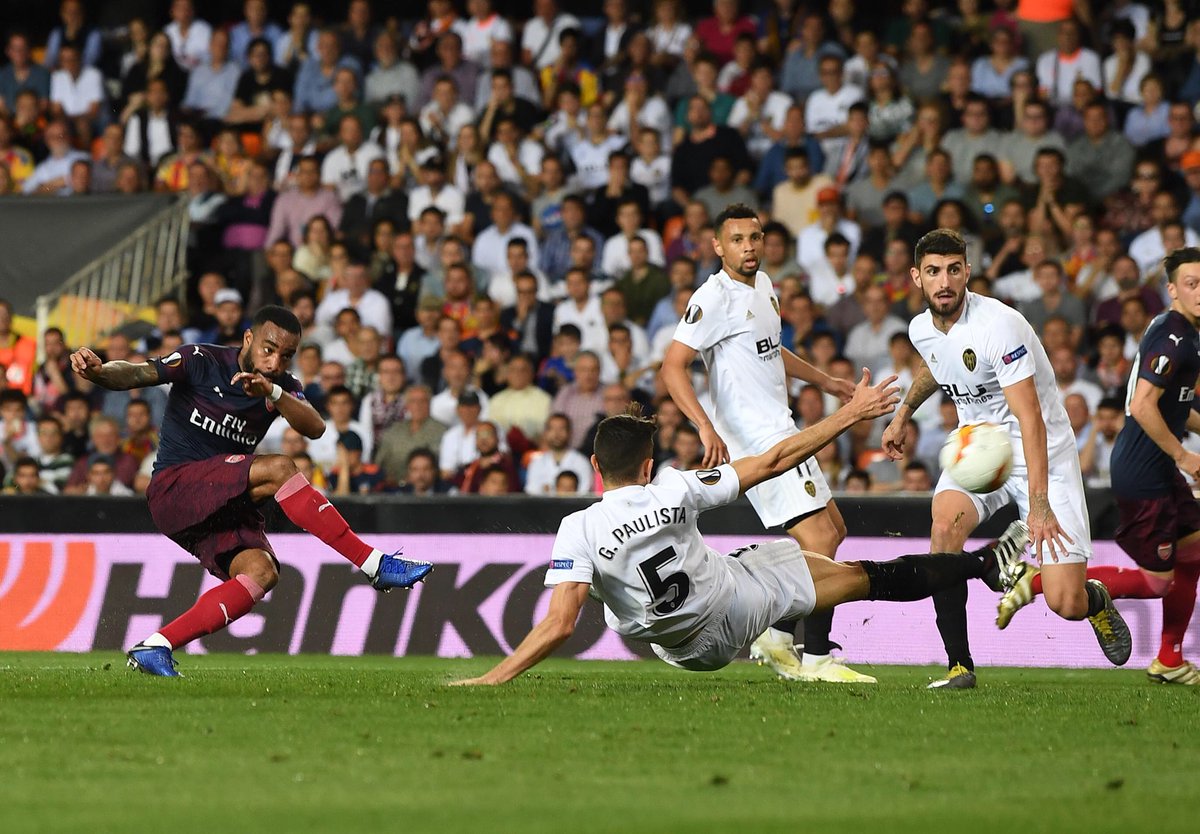 Unai Emery’s plan seemed to be working perfectly at this point for the Gunners, who without much of the possession, looked dangerous. Guedes had a pop at goal from 30 yards out but it went well wide.

Kevin Gameiro pulled another goal back for the hosts after somehow managing to get himself on the end of Rodrigo’s shot before doing well to sneak the ball beyond Petr Cech.

Unai Emery made his first change by bringing on Henrikh Mkhitaryan in place of Mesut Ozil, who picked up a yellow card for taking his time to go out.

Garay tried a ‘Vincent Kompany’ but his shot from distance was off target. Arsenal went ahead again in the 69th minute after some brilliant work by Maitland-Niles on the right wing, whose cross was buried in from close range by Aubameyang.

Jose Gaya was the next Valencia player to have a go from distance but his shot, like Garay’s, went wide. Nothing seemed to be working for the home side as Arsenal clearly looked the better side.

Aubameyang played a wonderful one-two with Mkhitaryan to get in behind Valencia’s defence and he buried the ball in behind Neto from an acute angle. A fantastic European hattrick for the Arsenal main man. 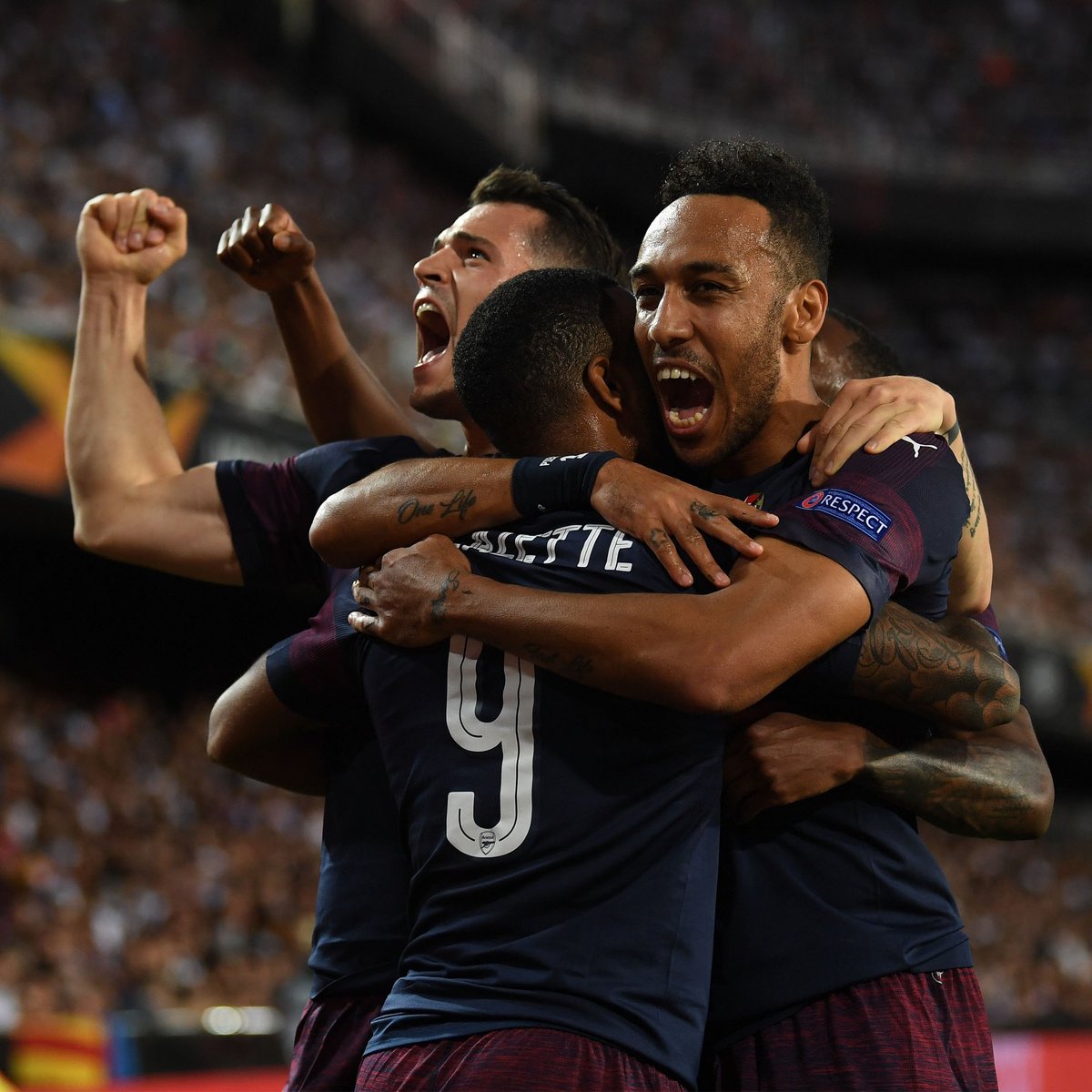 Arsenal deservedly booked a place in the final of the Europa League as the king of the competition, Unai Emery, looks for his fourth title. Here’s how some Gunners fans reacted to the brilliant result: