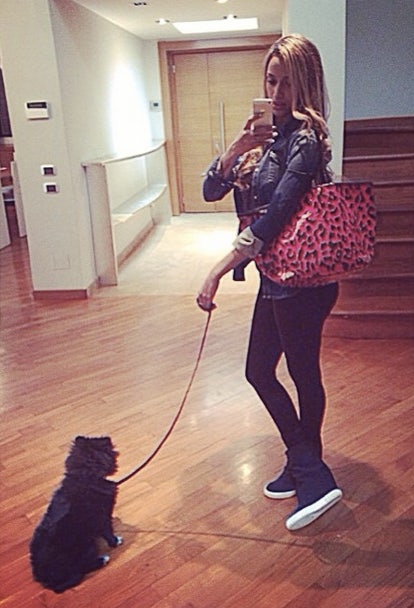 It looks like Arsneal are getting serious in their pursuit of AC Milan and Italy striker Mario Balotelli as the London club have reportedly set to offer him a deal worth £180,000-a-week to move to the Emirates Stadium this summer. While Balotelli comes in with a heavy package of goals and skills to the Emirates, he might be accompanied by his new fiance Fanny Neguesha during the match days at the Emirates.

The Belgian model was spotted in Brazil during Italy’s showdown with England wearing his soon to be hubby’s Italian shirt with his name and number on it. Balotelli confirmed the news about his engagement on the eve of the World Cup with a picture via his Instagram account with the message:

She said yes.. The most important yes in my life. That was the place of my question! I Love you and happy birthday too ! Je t’aime my WIFE ❤

Here are some more pictures of Fanny Neguesha