After facing two opening defeats at the start of the season, Arsenal have since gone on to win all of their games under new manager Unai Emery. The Gunners are now starting to look confident and cohesive as they make a charge to return to the top-four.

Unai Emery has a flurry of top talents in his squad this season. Not only has the Spaniard brought in high-profile players in the summer but the manager has also taken a keen interest in promoting the youth.

One such player who seems to have impressed the manager is youngster Emile Smith Rowe. The 18-year-old was very impressive under the manager in pre-season, playing a starring role for the club. He scored a sublime goal against Atletico Madrid in one of their pre-season clashes.

Unai Emery is well respected for his ability to nurture young talent and help them develop in the right manner. But Arsenal currently have a number of top stars vying for roles in the first-team. The likes of Pierre Emerick-Aubameyang, Alexandre Lacazette, Alex Iwobi and Danny Welbeck are all competitors for the youngster’s position.

Smith Rowe usually plays on the left wing but he is also capable of playing as a central striker and has impressed in advanced positions. Unai Emery should aim to provide the 18-year-old with an extended role in the League Cup.

The youngster joined the Arsenal academy at the tender age of 10 and is quite devoted to the club. It’s time for Emery to repay the player’s loyalty by giving the attacker what he wants. Playing in the EFL Cup would see the youngster enjoy less pressure and considerably easier opposition. 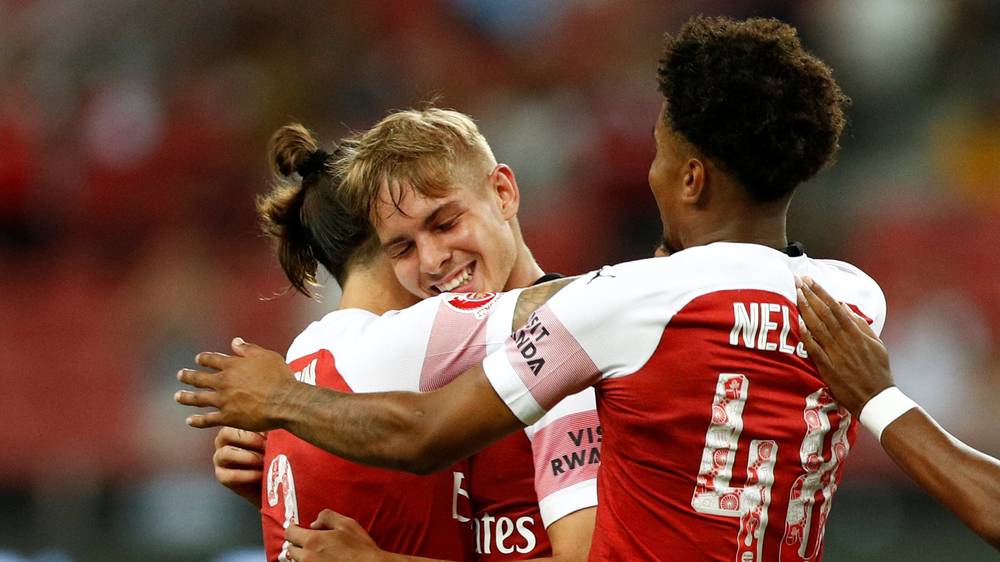 Though Arsenal start their EFL cup journey against an impressive Brentford side, Smith Rowe still possesses the skill to punish them. He is silky on the ball and connects his shots well. The youngster is also exceptionally quick on the counter and links up well with his teammates.

Read more: Go for it Emery – Arsenal’s midfield could become rock solid if they land this £18m star in January

Smith Rowe is someone who truly understands the Arsenal philosophy and integrity. He is a Gunner all the way through and will definitely hit new strides for the club.

At this moment, what the youngster needs is regular pitch time in order to grow as a footballer. The EFL cup provides Rowe with the chance to showcase his talent and earn a regular role under the manager.