The tug of war for the remaining Champions League places in the Barclays Premier League is reaching its climax and anymore slip ups could prove costly now.

It’s the business end of the season and as the last season season, Arsenal, Chelsea and Tottenham are looking to stamp their authority on the remaining Champions league places with Everton being this year‘s surprise package !

The League standings after 30 matches

With just 8 games to go anything is possible this year. The title race looks to be over to me and the first two Champions League places are already occupied by the Manchester clubs so the race for the remaining UCL places looks the most fascinating competition remaining this year along with the relegation battle. Qualification for the Champions League places means no less than a trophy to these sides and thus one must expect an intense battle to achieve this so called ‘trophy’ .All four clubs will be expecting to give in their best and hope to pounce on to any mistake made by the other clubs in contention for these vital European spots. But the big question is which clubs are the most likely to achieve these places?? So here, we look at the possible chances of all these four teams to reach their goal this season…

For the past 5-6 years Everton have been constantly troubling the giants of the BPL and have came close to finishing in the European places but have always ended up short of their target, being just on the edge. When they finished fourth in the 2004/2005 season, it looked just a matter of time when they would soon start to achieve this every season but for some reason it has ‘nt gone too well for them. The fans and the owner have always  been patient and faithful and this season may be their very last shot at glory.

Not reaching the Champions League, has been a big setback for Everton, not only financially but also because they have not been able to keep hold of their star players, who have often left the club to play for bigger teams and to be a part of the Champions league. Wayne Rooney to Manchester United, Jack Rodwell to Manchester City, Mikel Arteta to Arsenal, and Joleon Lescott to Manchester City are just few of those players but now is the time,this season Everton have to achieve those CL spots or else more of their star players could be going into that list.

Leighton Baines, Marouane Fellaini and Jelavic could be the next ones to go.So this is the make or break season for Everton clearly and Moyes will need to bring in a winning mentality in his squad if they want to play in UCL next season.At the moment the toffees are 6th on the League standings behind the other three and 6 points of the 4th place but with a game in hand and that against Arsenal which could prove to be vital in determining the club ‘s fortunes, having said all this I don’t think that they ll be able to break into the top 4 when the season ends but will surely be there in next season ‘s Europa League…

It ‘s been a fairytale beginning for AVB as the club manager of Tottenham. One can argue that they were unlucky last season to finish 4th and still not play in the Champions League but this season they ‘ll be looking to take revenge of last season and finish 3rd or 4th at the expense of Chelsea or Arsenal .

But that wont be as easy and it sounds,if we compare the games of all the sounds, it ‘s clear that Tottenham have the most difficult games coming up. They still have to play Swansea away, Everton at home, Chelsea away and then Man city at home,so picking up points in these games will be too difficult a task for them and the traditional late decline of Tottenham looks to have already begun as they have already lost two consecutive BPLgames, first at Liverpool and then to Fulham which has left them very close to Arsenal and Everton who also have a game in hand. Their squad looks to be a one man team at the moment with Gareth Bale bailing them out every time they have fall into a problem and with not many alternatives for AVB in terms of squad selection, Spurs will need some luck as well as determination to be a part of UCL again. 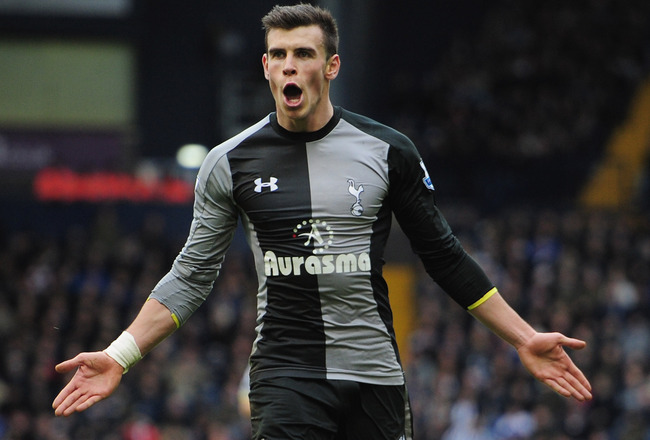 I have to say that Spurs are ahead of Arsenal at the moment but looking at all the games that they have to play, I think they will come up short again and finish in Europa League positions again.

8 years and still more to come, Arsenal will not be able to win a trophy this season as well. But the best thing that always pleases Arsenal fans is a UCL finish and that they haven’t be disappointed at. For them a finish in the Champions League position is as good as winning a trophy and Arsene Wenger has openly committed that, so when it comes at achieving these UCL places, Arsenal always find that little bit of extra hunger and determination to outsmart others and reach the UCL.

Last season also Arsenal managed to put up a late show to sneak past their rivals into top 4 but this season it wont be that easy. This season they have nt got the goal scoring powers of the Dutchman Robin Van Persie and have looked out of ideas in the final third and that is a problem which desperately needs to be solved and pretty quickly if Arsenal want to score goals and win matches. Comparatively Arsenal have the most minor oppositions to play in the business end of the season and should not face any difficulty in picking up all the remaining points at offer.

The best word to describe Chelsea‘s current season would be a ‘rollercoaster ride’. From being the champions of Europe to sacking their manager and bringing in a manager at whom their fans boo, it s been a forgettable season for the blues. But still their‘s everything to play for as the last few Champions League Places are at stake and Benitez will be looking to make up for everything that has gone wrong up till now and finish with a strong run to the very end of the season.

They still have to play Tottenham, Manchester United, Everton and Swansea and they will be expected to pick up a good amount of points from those games but the only concern for Rafa and for Chelsea fans would be that they still have to play in the FA Cup and the Europa League which could prove to be a bit of a distraction for them. At the moment they are clearly ahead of all the other clubs mentioned above and look to be on course to finish in the UCL spots at the end of the season.

They have got depth in their squad with some quality players in that as well who can decide the outcome of a match on their own, so for me Chelsea must attain one the two remaining UCL spots.

Conclusion-After mentioning all those critical points above,I must say that this year ‘s top 4 finish will be very difficult and might well be decided by a point or so.For me the first two spots are clearly gone,with both the Manchester clubs going through to next year ‘s UCL. Everton are clearly out of contention for the UCL places now but will be there in next year ‘s Europa League.As far as Tottenham,Chelsea and Arsenal are concerned,my money would be on Arsenal and Chelsea to make it into the Champions League next season but I expect Tottenham to put in a fight until its completely over. Whatever happens, it will be a fascinating contest and a fantastic ending to a wonderful season!!