According to a report in Metro, Arsenal manager Unai Emery is interested in signing PSG fullback Thomas Meunier during this summer transfer window.

The Belgian international is now down the pecking order in Paris, with Thilo Kehrer and Colin Dagba being preferred by Thomas Tuchel. He is been heavily linked with a move to the Premier League for some time now. (h/t Metro)

Manchester United have been long-term admirers of the player, who has been their supporter since childhood (h/t Metro). However, with Emery now keen to sign the full-back, the race is on between two English rivals. (h/t Metro)

The Arsenal manager was impressed with Meunier’s overall game when he was managing PSG up until the end of last season. He wants to add the Belgian star to the Gunners’ squad now (h/t Metro). PSG have slapped a price of €30m on the former Club Brugge man. (h/t Metro)

Here’s why the north Londoners should do everything to beat United and sign the player:

Meunier could provide competition to Bellerin

Arsenal have Stephan Lichtsteiner and Ainsley Maitland-Niles as backups to first-choice right-back Hector Bellerin, who is currently injured and will return back by November or December.

Now, while Lichtsteiner is more than set to leave the Emirates Stadium this summer, Maitland-Niles is a central midfield player, who is filling in as a wing-back or full-back.

Hence, it makes sense for the Gunners to sign a proper, experienced right-back to start the next season and compete with Bellerin for that position in the long run.

For that reason, Emery is doing the right thing by initiating the interest to sign Thomas Meunier. The Belgian international is a quality right-back or wing-back, who knows Emery’s style of play, having worked together at PSG.

He could come in, take that right-back spot at the start of next season, possibly nail it down before Bellerin comes back to full fitness and compete for the slot with the Spaniard over the course of the campaign. 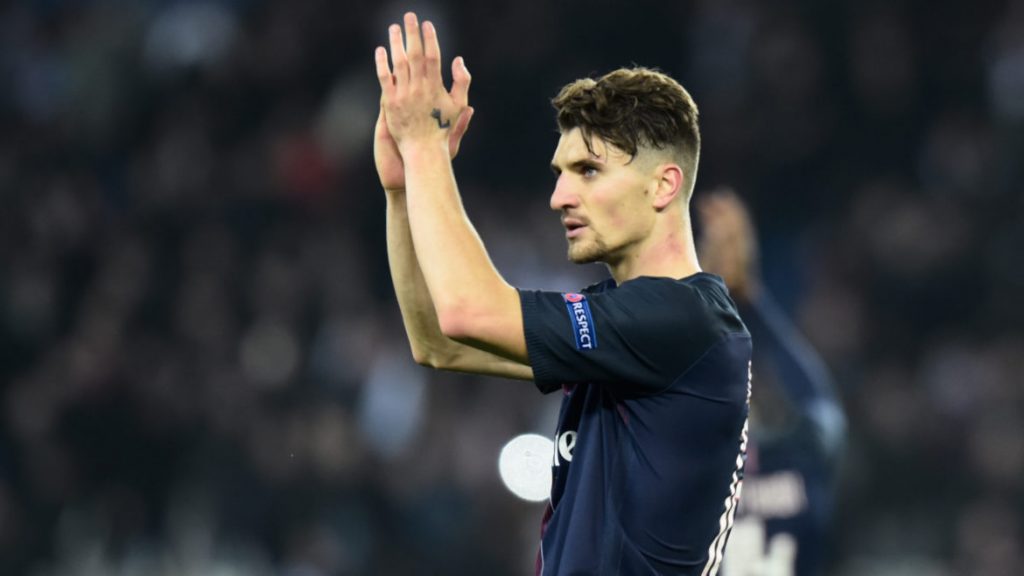 Overall, it is understandable why Arsenal want to sign Meunier this summer. Now, their biggest challenge is to beat Manchester United and sign the Belgian.