Argentina plays Croatia in the matchday 2 of the World Cup in a highly anticipated Group D match in Nizhny Novgorod on Thursday. After a shock draw with World Cup newcomers Iceland, Lionel Messi and co will aim to get their World Cup campaign back on track against fellow Group D favourites Croatia.

For a team bolstered with such attacking richness that Paulo Dybala has to settle for a place in the bench, Argentina looked short on pace and threat. With due respect to Iceland, Croatia seems a much tougher test.

The Croats lived up to their billing by securing an opening win over Nigeria and they will know the importance of avoiding a defeat in this one, while a win would send them sailing towards the knockout phase.

There is some pressure on Argentina here to come up with a win. They failed to find a way past Iceland in their opening 1-1 draw to get the win. The famed attacking stars seemed to run out of ideas pretty quickly against the spirited Iceland defence.

Argentina’s form for their last five games reads W2 D2 L1 with one of those wins coming against footballing minnows Haiti, so they aren’t exactly running hot. Both wins were with a clean sheet and any time they conceded in that run of games, they failed to win the game.

Croatia have a pretty balanced squad and the likes of Luka Modric, Mario Mandzukic and Ivan Rakitic will compete hard against Argentina instead of sitting back like their fellow Europeans on matchday 1.

Jorge Sampaoli is likely to make a few changes after his side’s poor performance against Iceland, but do not expect anything too widespread. Messi and Aguero will still start in advanced positions, but Ever Banega could come into the side for one of Javier Mascherano or Lucas Biglia as he offers more pace and creativity. Since the lack of creativity was one of the features of Argentina’s draw against Iceland Sampaoli could also be tempted to go for Juventus forward Paulo Dybala instead of Maximiliano Meza or Angel Di Maria. 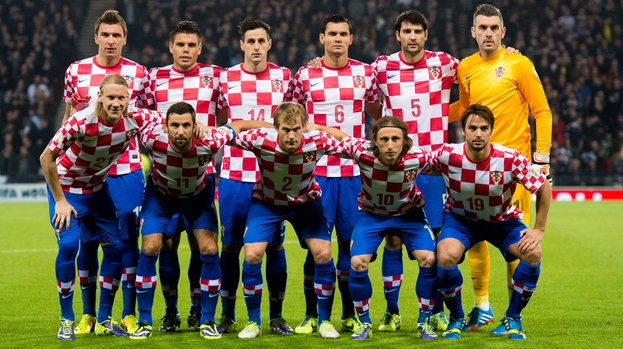 Croatia’s are one of the strongest sides in the middle of the park with El Clasico regulars Rakitic and Modric pulling the strings in midfield. They went with a more attacking 4-2-3-1 against Nigeria, but Zlatko Dalic should shift to a more compact 4-3-3 against Argentina’s firepower and weak midfield.

It seems inevitable that Argentina will bounce back against Croatia simply because of the firepower they have in their squad.

Croatia can look at this game as a free swing to seal knock out qualification.