Rangers start their Europa League qualifying campaign against Macedonian club FK Shkupi at Ibrox, with Steven Gerrard all set to take charge of his first competitive game on Thursday, July 12.

Gerrard couldn’t have asked for a better start as the Gers warmed up with a clinical 6-0 thrashing of FC Bury at home last Friday.

Last season, Rangers suffered humiliation in Luxembourg as Pedro Caixinha’s men were bundled out on their return to European football by minnows Progres Niederkorn. Gerrard will be keen to avoid a repeat of last season’s humiliation and negotiate Shkupi over two legs in the first Europa League qualifying round.

Here’s how Rangers might line up against FK Shkupi.

McGregor is back for his second stint with Rangers and kept a clean-sheet in the friendly win over FC Bury. The veteran shot-stopper should start on Thursday.

An attacking full-back, Tavernier was a constant supplier of goals and assists last season. However, he is defensively naïve and Gerrard will have to look into it ahead of the new season.

A new recruit from Brighton, Goldson had an impressive game in the 6-0 thrashing of Bury. The centre-back has not played much over the last two years and will need some time to get back to his best.

Another summer recruit, Nikola Katic also had a fine game for the Rangers last Friday. He will be hoping to put another commanding display in defence, this time against FK Shkupi.

Liverpool academy graduate Flanagan once looked set for a prolonged spell at his boyhood club, especially when he impressed under Brendan Rodgers but he faded after the manager’s departure. Now with Rangers, the 25-year-old has a brilliant chance to revive his career under his former teammate Steven Gerrard.

McCrorie was deployed in the holding midfield role against Bury and he excelled. The youngster is expected to start in a similar position on Thursday. 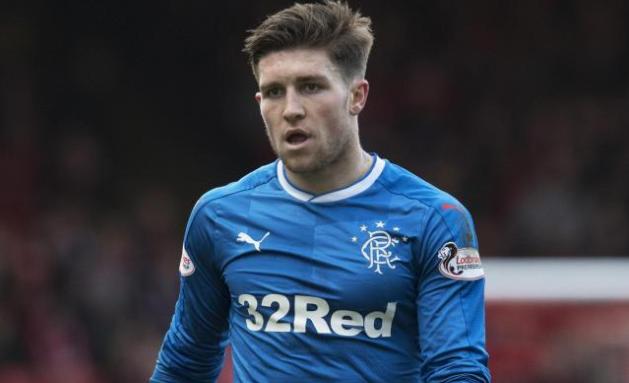 Josh Windass started on the right-wing against Bury and enjoyed an impressive game. The 24-year-old will look to impress his new manager with a strong showing in the Europa League qualifying campaign.

Murphy joined Rangers in January on loan from Brighton and under Gerrard’s tutelage, has become a permanent signing. He was on the score-sheet at Ibrox last Friday and will be hoping to deliver the goods against the Macedonian club.

A free transfer from Burnley, Scott Arfield had a fantastic game against Bury, scoring two goals. His versatility would add a lot of value to Rangers, as Gerrard seeks a way to get past Shkupi.

Candeias had a brilliant debut campaign with Rangers last season, as he scored 6 goals and registered 10 assists. However, the Portuguese will be expected to improve this term and add consistency to his game.

Read more: Why this 19-year-old prodigy could be a key player for Steven Gerrard’s Rangers next season

Morelos started as the lone striker in the 6-0 thumping of Bury. He scored in the second half of the game, which will give him confidence ahead of the important European game.