Arsenal failed to notch up a win yet again in a high-octane London derby against Chelsea. Following Chelsea’s quick-fire double, the Gunners launched a stunning comeback and equalised to make it 2-2 before half-time.

However, Chelsea’s talismanic attacker Eden Hazard came on as a substitute and worked wonders to make it 3-2. The Blues walked away with 3 points in the bag but Unai Emery’s men succumbed to yet another defeat.

It was never going to be easy for Arsenal to play and win against the likes of Manchester City and Chelsea in the opening weeks with a new manager at the helm. That said, one must appreciate the north Londoners for putting up a tough fight.

But there are certain things that are continuing to go wrong for them on multiple levels. And ahead of the next game against West Ham United, here are 3 things we have learnt.

Granit Xhaka is simply not cutting it in the midfield

Xhaka looked poor against City and his performance against Chelsea was quite frustrating. He seemed to struggle while playing out from the back, which led to some error-prone decisions. His terrible judgement placed unnecessary pressure on Arsenal’s seemingly feeble back line.

Furthermore, when a team plays a high line, it is important to prevent the opponent midfielders from gaining too much space. And yet, Xhaka failed to keep his counterparts in check and the Chelsea midfielders gleefully took advantage of the situation.

The defence must be sorted

Out of all Arsenal defenders on the field, Shkodran Mustafi was decent enough. But that’s about it. The Gunners were devastatingly poor in the wide areas which allowed Marcos Alonso to capitalise on numerous occasions.

Everytime a ball went over the top, it almost looked like Arsenal’s defenders fell asleep. And it goes without saying that their lack of defensive solidity could cost them everything this season.

Can the real Mesut Ozil please stand up?

The German looks like a mere shadow of his former self. While it is natural for every footballer to experience a dip in form, the problem with Ozil is that his form has been missing for a long time now. Against Chelsea, he did not make an impact and instead, it was Henrikh Mkhitaryan who provided some sort of creative outlet. 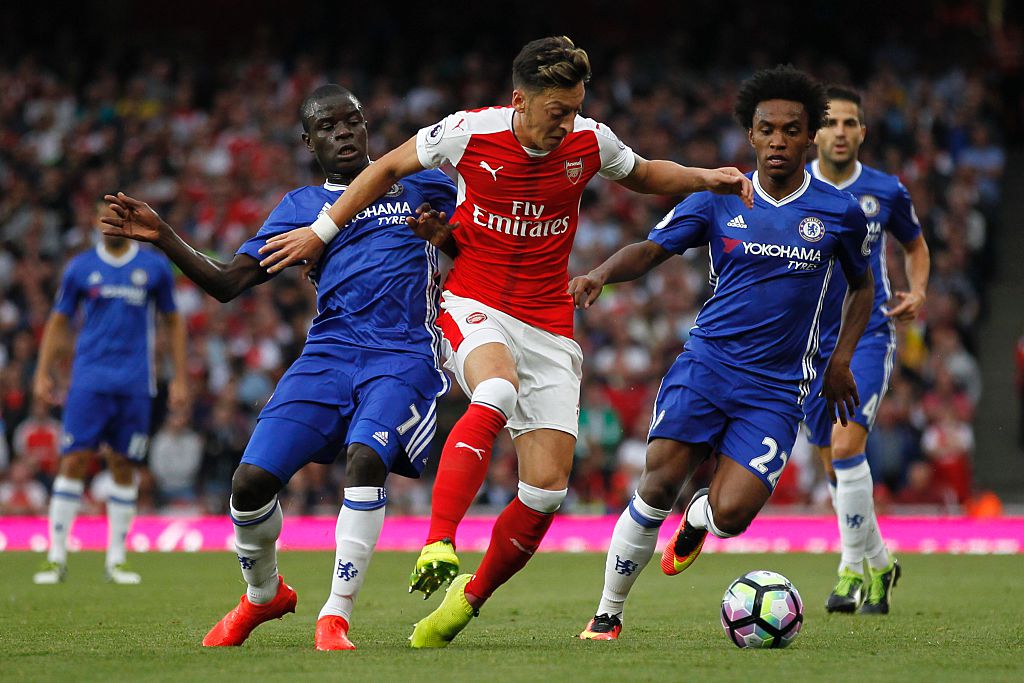 Read More: Arsenal’s Sokratis vs Tottenham’s Vertonghen: Stats comparison show the Greek international could be a boon for the Gunners

Hence, it is about time Emery makes a decision on Ozil. Given the current situation, Arsenal’s attack will continue to get affected by the German’s presence.