Scottish champions Celtic ended their pre-season tour of Austria with a 1-0 win over Sparta Prague at the Stallinger Financial Planning Arena on Tuesday.

In what was their second game of the day, manager Brendan Rodgers named a strong starting XI for the game, with Odsonne Edouard starting alongside James Forrest as a part of the front three. Kieran Tierney was also included in the line-up.

The Hoops were off to a bright start, with Forrest and Tierney causing some serious problems with their pace in the wide areas, which the Czech Republic outfit was struggling to cope with. And with 18 minutes up on the clock, Celtic broke the deadlock as Dembele used his power and pace to wriggle free from the Prague backline. His powerful effort at the near post left the goalkeeper with no chance.

There were a couple of dangerous moments for Celtic at the back, with captain Scott Brown needing to clear off the line once but the Scottish giants continued to pose a threat, with Dembele and Edouard combining well up front. Midfielder Callum McGregor was pulling the strings from the middle of the park but they failed to add to their tally as half-time arrived.

Rodgers made a change at the break, bringing on young playmaker Ewan Henderson in place of his goalscorer and the Bhoys continued to dominate the proceedings with Olivier Ntcham and Edouard seeing their shots saved. Tierney and Forrest continued to be a thorn in the side for Sparta Prague. 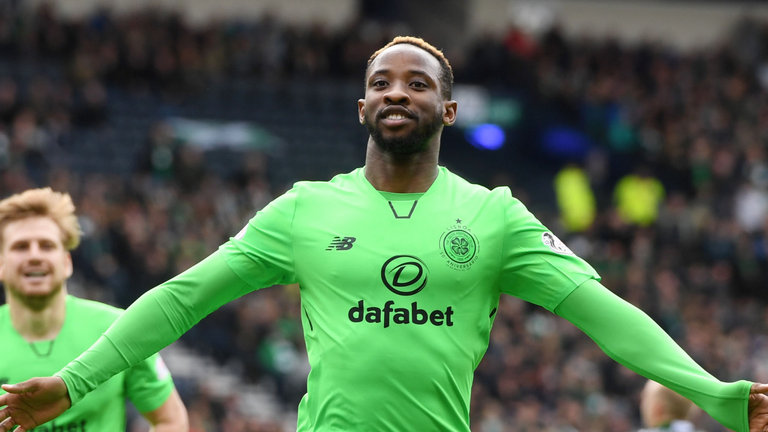 However, Sparta slowly started to grow into the game and Craig Gordon was forced into action by Nicolae Stanciu and the young Benjamin Tetteh in quick succession. There were more changes in the offing for Celtic with the likes of Conor Hazard and Regan Hendry getting a chance for the last twenty minutes or so.

The Czech outfit was on the ascendancy as the game neared the final whistle and with five minutes left on the clock, Stanciu came frustratingly close to level things up. But his effort bounced off the woodwork as Celtic dug deep and held onto their narrow lead to register their second victory of the day.

There were a number of positives for Rodgers to take away from the win but there will be some concerns over the fact that his team weren’t able to kill the game off when they had the chance to do so. They now gear up for their first UEFA Champions League qualifier tie against Alashkert, which will take place next Tuesday.

And here’s how the Celtic supporters reacted to the result on Twitter;