Denmark finished runners-up in their group to qualify for this year’s World Cup after failing to do so last time out. They booked their spot for the big event, thanks to a 5-1 aggregate playoff win over the Republic of Ireland.

This will be the 4th World Cup they will be taking part in. They possess a number of experienced and elite players who ply their trade with some of the best European clubs around the world. Managed by Norwegian football coach Age Fridtjof Hareide, Denmark hold an impressive 12th position in the FIFA ranking.

The Danish Dynamites have been placed in Group C with the likes of France, Peru and Australia, which gives them a really good chance of making it to the knockout stages.

They possess a number of experienced players who play at the highest level when it comes to club football. Between the sticks, they have Kasper Schmeichel, a Premier League winner and the son of Peter Schmeichel, who was a goalkeeping phenomenon himself.

Simon Kjaer, their captain, is a commanding defender who plays for Sevilla and put in dominant performances this season, especially in the Champions League. In midfield, they possess one of the most skilled and artistic footballers in the form of Christian Eriksen, who is at the peak of his career.

He was also named in the PFA team of the season in the Premier League. Up front, Yussuf Poulsen and Nicklas Bendtner will surely be a massive threat to the opposition defenders.

Denmark’s qualifying campaign was a crescendo, starting abysmally, as new coach Age Hareide struggled to impose his ideas. It was a surprise choice to replace long-serving Morten Olsen in March 2016.

The coach lacks experience at the highest level such as the World Cup, which could prove to be a massive disadvantage. The team are also very unpredictable when it comes to matches, losing embarrassingly to Montenegro and then beating the likes of Poland and Republic of Ireland. 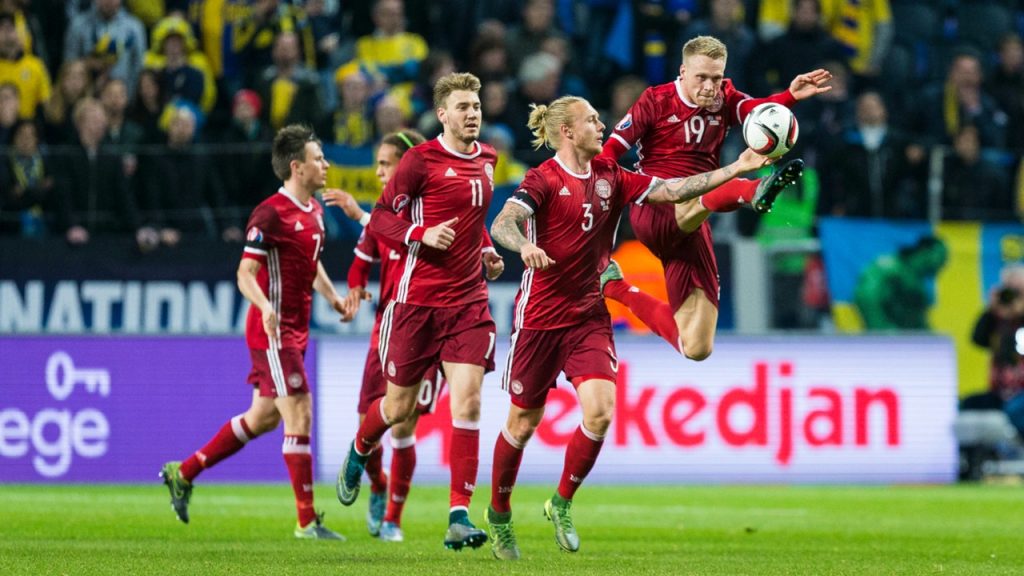 Granted, this side do not possess the vivid quality of the 1986 “Dynamite” team or the 1998 side that reached the quarterfinals but optimism is high in a happy squad of underdogs, who believe they can cause some shocks at the tournament.

Age Fridtjof Hareide is a Norwegian football manager. In his playing career, he played for Hodd and Molde in Norway as well as Manchester City and Norwich City in England. Hareide has been capped 50 times for Norway.

Widespread scepticism among the army of high-profile Danish pundits from the Dynamite years has been washed away by a superb run of results in 2017, culminating in qualification. Nobody doubts now that he is worthy of his contract until July 2020.

Age Hareide prefers a 4-3-3 formation that allows Eriksen the space to operate behind a main striker and two wide men.

This will be the 4th World Cup that Denmark will be taking part in. They would be aiming to beat their best record of reaching the quarterfinals in the 1998 World Cup in France.

Surely, the key player has to be Christian Eriksen, who scored a hat-trick in their final qualifier to send through to the World Cup.

The Dane arguably had the best season of his career for Tottenham. Classy on the ball and barely fazed by the opposition, he is the perfect playmaker to have in the middle of the park. It will be vital to keep him fit throughout the tournament.

This side surely has the quality to make it past the group stages but it’s hard to see them go past the round of 16, which purely depends on the team they draw in that round. Though their quality is undeniable, their inconsistency will eventually be their downfall.

Prediction: Knocked out in round of 16